PRIESTLY BLESSING TO BE RECLAIMED FROM “VULCANS”

Streaming service JEWZY.TV – which launched to American audiences only a few months ago – has spotted a gap in the market for a coast-to-coast celebration of the silver screen with a Jewish twist. It is not based in a city, like other festivals, it is online and available in all US states.

Winners will receive ‘The Hand of JEWZY’ trophy, inspired by the Priests of King Solomon’s Temple. Their hand gesture, seen in the festival logo, accompanied the blessing of the Children of Israel, a practice that continues to this day in synagogues (although thanks to Leonard Nimoy, many may think of it as the ‘Vulcan’ salutation in Star Trek).

Like the Priests, the American Jewish Film Festival aims to project all that is positive and good in the Jewish people.

Unlike “City” Film Fests, for less than the price of the popcorn, viewers will get to see the whole festival, not just one movie. This is in addition to unlimited viewing of all the movies and TV shows regularly on JEWZY TV. JEWZY is fast becoming the go-to place for Jewish streaming TV.

It’s a sign of the times – who wants to traipse to the local JCC to see Jewish movies? Well, about 150,000 Jews do. ‘What about the other 7,000,000 American Jews and everyone else?’ asks JEWZY founder, Jeremy Wootliff, an alum of the Newhouse School at Syracuse University, Reuters, Discovery and CBS-TV.

‘It’s a great idea. There’s never been a Jewish festival like it,’ says Yan Fisher-Romanovsky, Executive Producer of PAPILLON (2017). ‘After all, TV truly attracts and unites ALL American Jews. And connects us to Israel without upsetting anyone.’

Eve Pomerance, Producer of hit movie SON OF THE SOUTH added: ‘It’s an exciting way for people to engage in their ‘Jewishness’ without leaving home.’

Wootliff challenges filmmakers and distributors: ‘Do they make ‘Jewish’ cool, exciting, entertaining? Your movies do NOT have to be ‘Jewish’, but they should be ‘of interest’ to Jewish folks of any age, of any affiliation or none.’

Inspired by the OSCARS*, JEWZY aims to uphold excellence in Jewish filmmaking, to inspire imagination, positivity and understanding through filmmaking.

Entries are now welcome. Winners will be announced 30th September and shown on JEWZY TV for the following five days.

TANGO will feature as the festival’s Opening Movie at a preview on 8th August exclusively and free for one night only on JEWZY TV before theatrical release in September. In addition, JEWZY will show an exclusive interview with Lainie by movie director and Broadway star Mike Burstyn.

Wootliff said: ‘Already we’ve received dozens of entrants including multiple award-winners such as 306 HOLLYWOOD, thrillers, comedies and documentaries including NEVER AGAIN IS NOW and UNITED STATES OF FASHION. Standards are very high.’

Wootliff says: ‘With the boom in niche-interest streaming TV such as tennis, fishing, Christian and Black culture, there is an exciting future for American Jewish and Israeli movies all in one JEWZY place. We aim to generate pride and joy in being Jewish.” 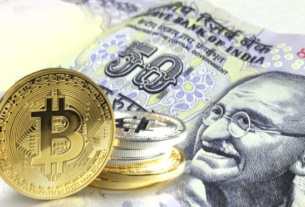