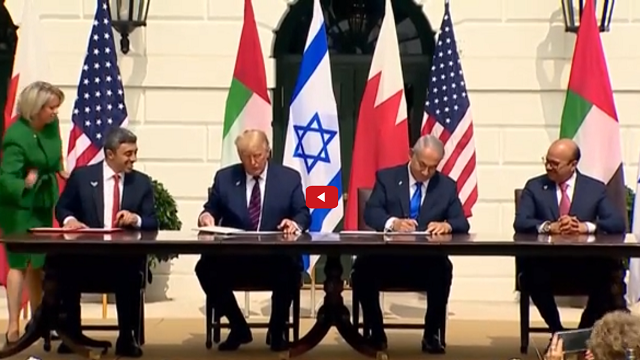 GPO-Screenshot-Netanyahu-with-US-President-Trump-UAE-Minister-of-Foreign-Affairs-Sheikh-Abdullah-Bin-Zayed-far-right-and-Bahrain-Minister-of-Foreign-Affairs-Abdullatif-Al-Zayani-far-left Benjamin Netanyahu, the former Prime Minister of Israel, and now its leader of the opposition, almost torpedoed the signing of the Abraham Accords due to “cold feet.” Netanyahu also, apparently, never really wanted to make peace with the Palestinians, according to statements made by former President Donald Trump to Barak Ravid. The new revelations […]