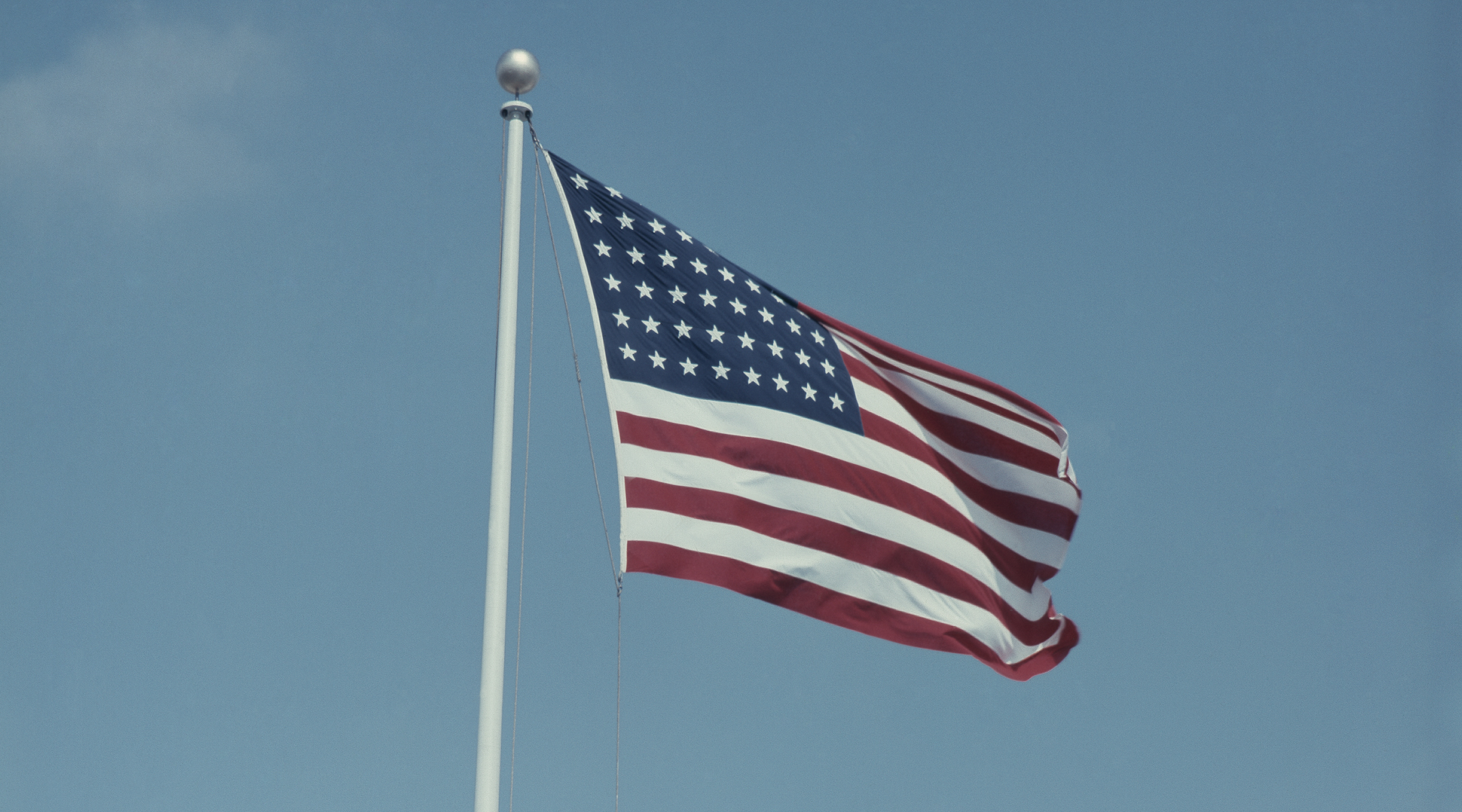 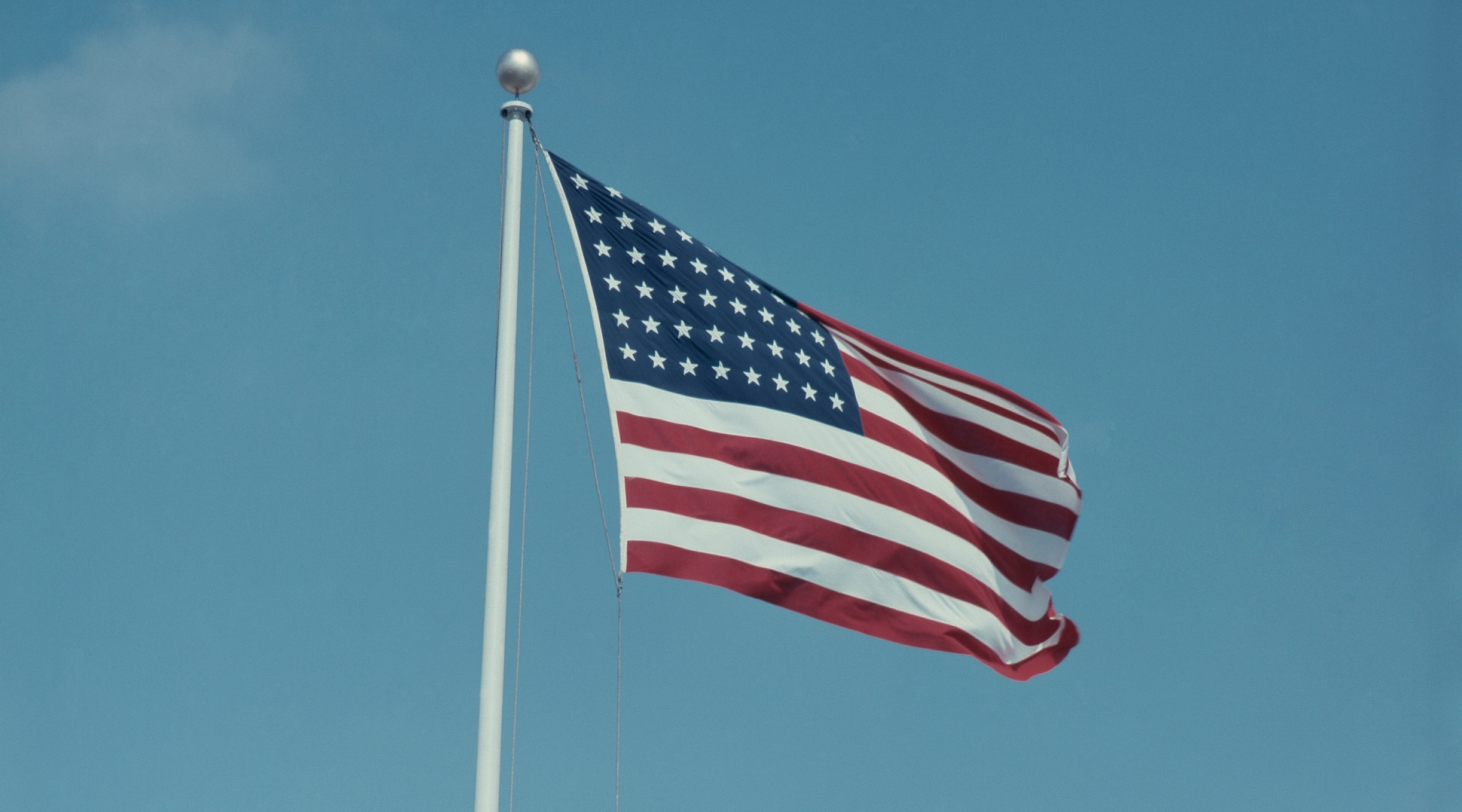 (JTA) — As Americans settle in for a weekend of barbecues and (hopefully) sunshine, here’s a look back at seven stories from Fourth of Julys past in the Jewish Telegraphic Agency’s online archive, which stretches back to the early 1920s.

1940: FDR speaks out against “religious bigotry”

In 1940, as much of the globe was embroiled in World War II, and antisemitism raged in the U.S., President Franklin Delano Roosevelt urged Americans to “forever banish from our minds and thoughts every vestige of racial hatred and religious bigotry” in a message read at thousands of Independence Day celebrations across the country.

The Council Against Intolerance in America, which sponsored the celebrations, also adopted an “American Declaration of National Unity” which affirmed that the United States stood for equality for all Americans of “all races, creeds and colors.”

American navy men stationed in Israel marked American Independence Day with American tourists at a celebration there in 1956. The U.S. Ambassador to Israel at the time, Edward B. Lawson, addressed the crowd and spoke about the shared democratic values of the two countries. The sailors were stationed on the U.S.S. McGowan, which was making a “goodwill visit” to Israel.

New York City Mayor Robert Wagner said George Lincoln Rockwell, a leader of the American Nazi Party, would be denied a permit to give a speech planned for July 4. Local Jewish leaders and elected officials filed for an injunction in court to stop Rockwell from receiving the permit.

Wagner said a speech by Rockwell would be “an invitation to riot and disorder from a half-penny Hitler. The invitation is declined. ”

The Jewish National Fund dedicated American Bicentennial Park, which exists to this day outside of Jerusalem, on Independence Day, 1976. The park was intended as a “living testament to the esteem in which Israel holds the United States.”

Then-prime minister Benjamin Netanyahu spoke at a July 4 event in Jerusalem, hailing the “unbreakable” ties between the U.S. and Israel, an echo of then-President Barack Obama’s assessment of the relationship in a speech he gave in Cairo earlier that year. The moment came before the relationship between the two leaders would sour over Obama’s two terms in office.

“We have a close relationship with the United States, which President Obama defined in his speech in Cairo as unbreakable, and it is indeed unbreakable,” Netanyahu said.

But the seeds of disunity were planted. Netanyahu attended the event along with several members of his cabinet despite a push by Danny Danon, then a rival in his own Likud party, to convince Likud members to skip the event. “There is a certain mood and style in Washington that makes it hard to go and celebrate,” Danon told The Washington Post at the time, noting that the two leaders already had an “air of bitterness” between them.

In 2015, the Fourth of July coincided with the 17th of Tammuz, the Hebrew date on the calendar that begins the summer mourning period called the “Three Weeks” — which also happens to be a fast day.

“For observant Jews, the answer of how to observe this calendrical concurrence is dictated by the day,” Edmon Rodman wrote in an essay. “Since the 17th of Tammuz falls on Shabbat, which is supposed to be joyous, the fast — which lasts from sunrise until nightfall — gets a rain check until Sunday.” 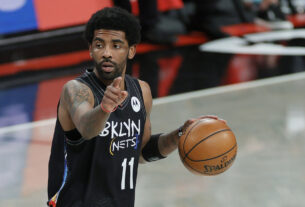 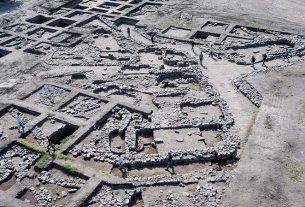 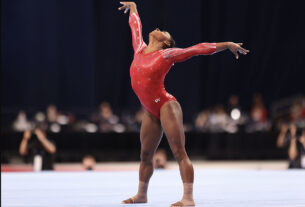