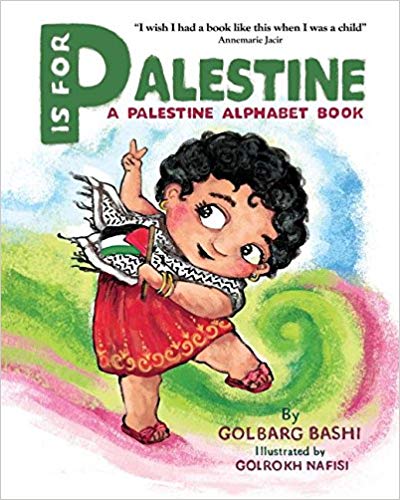 Right after the reading of the book “P is for Palestine” – the book that glorifies terrorism by saying “I is for Intifada” – in Highland Park NJ two weeks ago, I received an email describing some of the things that happened inside the actual reading by the author, Golbarg Bashi. I didn’t report it because it is the sort of story that could easily have been changed in the retelling. Here is what it said:

In the end, three children and their parents showed up, with the boys wearing kippot.
One of the boys was asked by Bashi, “What is your favorite book?” His answer “The Mishna ! “. When she followed up to ask him what book he was reading, he said “Bava Metzia ! “

The Mishna is the basis of the Talmud, and Bava Metzia is the volume of Talmud that religious Jewish kids usually learn in fifth grade.

It’s a funny story. And it turns out that Bashi confirmed it in her account of the reading.

Here I am reading and engaging with 3 innocent children who were accompanied by their Zionist fathers and a grandmother to Sunday’s event at Highland Park Public Library in the State of New Jersey. I had been informed by the head of the library that all seats in the reading room had been immediately reserved in person by Zionist Highland Park Library Card holders on the day registration for the event opened up.

Still, the 3 innocent children who attended the reading (albeit under the unfortunate watchful and weary eyes of their Zionist families–two fathers, and one grandmother) brought a genuine smile to my heart.

When the people registered for the event, did they have to answer a question whether they were Zionist? Does Dr. Bashi have a Zionist detector?

No, of course not. Any religious Jew is obviously a Zionist. Bashi just doesn’t want to say “Jewish.” Their children, however, are “innocent” of the crime of Zionism.

The 6 year-old little boy was sharp, engaged and so cute! His brother in 5th grade spoke of his love of sports and the NFL, and someone named Adam who plays for the NFL (when I asked him if the NFL is basketball, he patiently explained that the NBA is basketball) and told me his favorite subject in school right now, takes place during second period and currently involves a particular mode in Jewish religious ethics, named “mitzvah” or “the obligation to return lost objects to their owner.” The 5th grader enlightened me on what applies within mitzvah and what one must do when finding e.g. a lost purse as opposed to a pencil belonging to an unknown person on the street.

The kid seems to have accurately summarized parts of the Talmud for the author. I wonder if Bashi knows that! “Talmud” is an evil word in Arabic media.

They asked fun questions, were incredibly attentive, and had the most creative suggestions on words that start with certain letters of the alphabet. For example for the letter A, our 5th grader suggested that the certain Adam who plays for the NFL and [אַבְרָהָם,] Avram (Prophet Abraham or Ibrahim (to Muslims), the name of the first monotheistic Prophet, and of great significance to millions of people who adhere to Abrahamic religions, namely Muslims and Christians. We talked more about Prophet Abraham and that he is buried in Al-Khalil/Hebron which makes the city and the entirety of Palestine, so precious).

Of course, under Muslim rule, Jews couldn’t visit the place where Abraham – or Isaac, Jacob and their wives – are buried. Only since 1967 have Jews been able to visit, and now half of the site is off-limits nearly all year to Jews.

Too bad no one asked about that.

But someone did bring up something similar:

Upon reading the page for B is for Bethlehem, the 5th grader’s father sternly instructed him to ask if Jews can also live in Bethlehem. . .

Did she answer? I don’t know. But the answer is a resounding “no.”

Which would be called apartheid if it was a Jewish town…

You can still read my more cynical – yet accurate – illustrated version of a Palestinian alphabet book here. 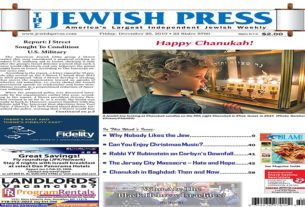 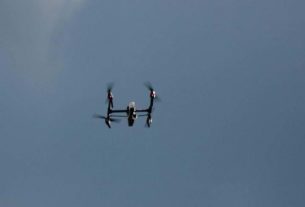 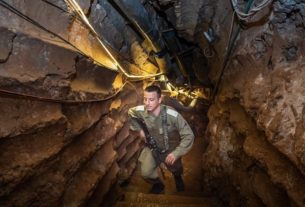