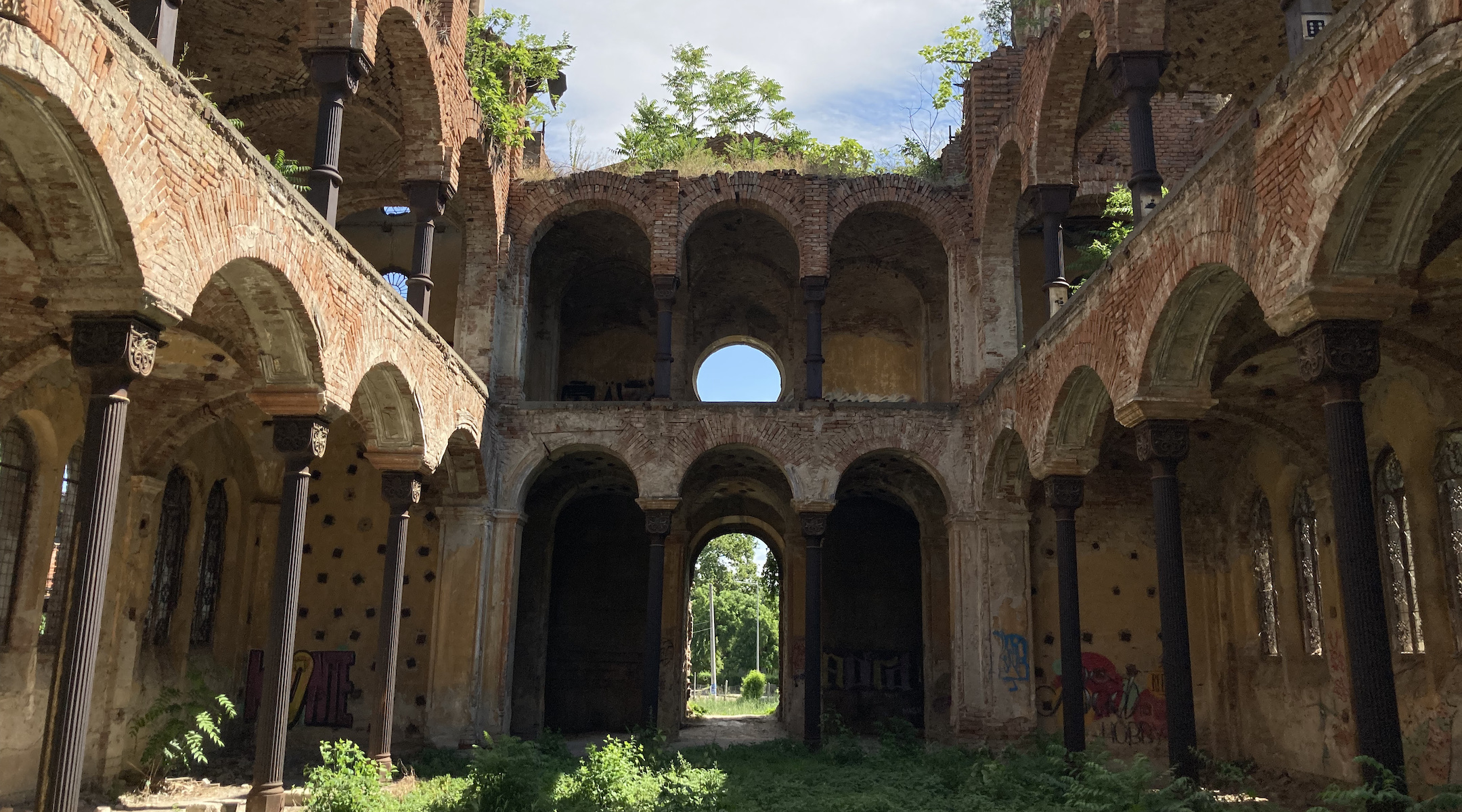 VIDIN, Bulgaria (JTA) — For 40 years, the central synagogue in this port city has resembled the town’s Jewish population — barely existent and rapidly aging.

The synagogue, which was built in the 19th century, is quite literally a shell of its former self. Vines creep up the side of the stone walls and the intricate painted designs on the building’s columns have faded from years of exposure to the elements. One of the domes is missing entirely, the result of a World War II bomb. The roof over the sanctuary is missing, too — not that the city’s Jews have use for it. With about a dozen members, the Jews of Vidin can barely form a minyan.

But over the next six months, the synagogue will undergo a massive transformation, gaining a new life as a $6 million cultural center and community hub — for both Jews and non-Jews.

The Vidin municipality is hoping that the project can do more than restore an old building. The city is nestled in a crook in the Danube River, part of a small chunk of northwest Bulgaria that juts out into a gap between Romania and Serbia. It’s also located in the poorest region in the European Union and, not coincidentally, one of the continent’s fastest-shrinking population centers. (Bulgaria itself holds the ignoble title of the world’s fastest-shrinking country.​​)

It wasn’t always this way.

When the synagogue was built in 1894, Vidin was rapidly industrializing. The Austrian architect Friedrich Grünanger designed the synagogue to be a majestic monument: The two-story building featured a turret on each corner, making it visible from far away. Delicate stained glass and intricate murals covered the interior.

Grünanger modeled his efforts on the Great Synagogue in Vienna hoping that Vidin would one day become as large and powerful as the Austrian capital. At that time, the Jewish community numbered around 1,500 people, or about 10% of Vidin’s population. By the eve of World War II the number had grown to a quarter, or some 2,000 Jews. Vidin’s Jewish community accounted for about 5% of Bulgaria’s overall Jewish population. Sofia, the capital, was home to 50%. 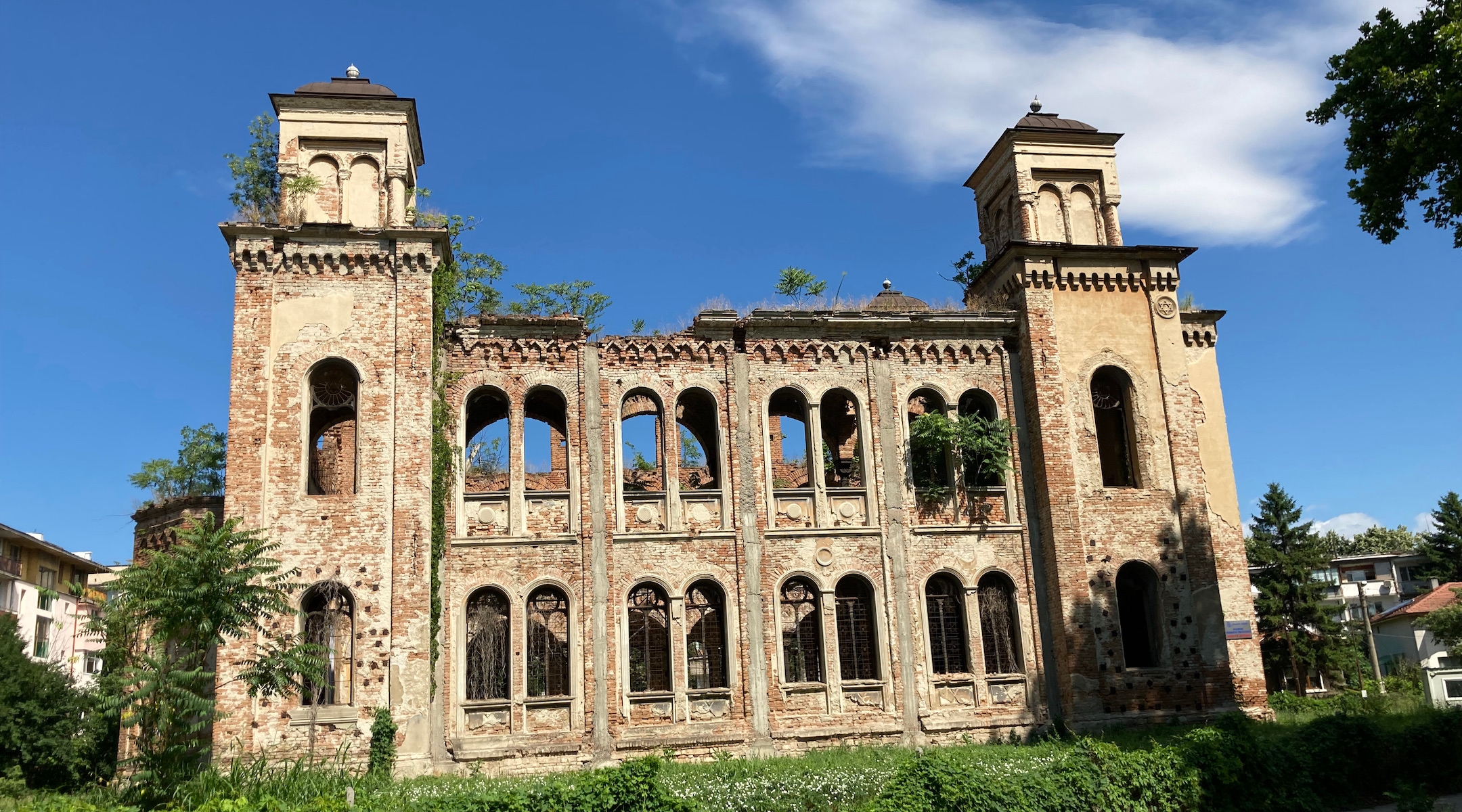 The exterior of the synagogue in Vidin features the outlines of windows in the shape of the Ten Commandments. It was designed by the famed Austrian architect Friedrich Grünanger. (Jonah Goldman Kay)

Unlike its neighbors, Bulgaria did not deport its Jews during the Holocaust (though it did deport the Jewish population of neighboring Macedonia, which the country occupied during the war). However, after Israel was founded in 1948, Bulgaria strongly encouraged its Jewish population to immigrate to the new Jewish state. Most of Vidin’s Jews acquiesced and left for Israel, leaving behind their war-torn synagogue. By 1949, there were just 17 Jewish families in Vidin, many of whom intermarried and assimilated into the population.

Today that number has dwindled even more. Rosa Marinova, the president of Vidin’s Jewish community organization, estimates that there are around a dozen Jews in town, half of whom regularly attend community events.

“We don’t have a synagogue anymore,” Marinova said. “We’ll get together on Rosh Hashanah and some of the other holidays and do something small, but it’s nothing formal.”

A few years ago, Vidin erected a small monument in the city’s central park to commemorate its once-vibrant Jewish community.

With no rabbi and nobody to use the space, the battered synagogue fell into disrepair. In the 1980s, the city attempted to renovate the synagogue with help from Bulgaria’s Ministry of Culture and National Institute of Monuments. But the fall of communism stunted that plan, leaving the synagogue without a roof.

Fully exposed to the elements and abandoned, the already decrepit synagogue fell into complete disrepair. Grass grew over the tiled floor, the iconic metal columns rusted and the walls filled with graffiti from local teens. Although the synagogue was returned to the Bulgarian Jewish community organization in the mid-2000s, the few remaining members had no use for the tottering structure.

“We’d heard for years about how we should be putting effort into restoring this synagogue because it’s considered to be one of the most beautiful in Bulgaria,” said Maxim Delchev, the director of education at Shalom, Bulgaria’s Jewish community umbrella organization. “But, to be honest, we couldn’t put a ton of money into a synagogue in a city that probably won’t have a Jewish community in 20 years.”

So when the Vidin municipality approached Shalom in 2017 with a proposal to turn the synagogue into a cultural center, the Jewish organization was apprehensive but excited. After all, it had just gotten back the synagogue, and the city had already proven itself a negligent steward of the property. However, the fact that the city took initiative and had a concrete plan for restoring the synagogue gave Shalom hope. So did the $6 million in EU funding that had been set aside for the project, part of a larger $1.6 billion project meant to accelerate development in Bulgaria. 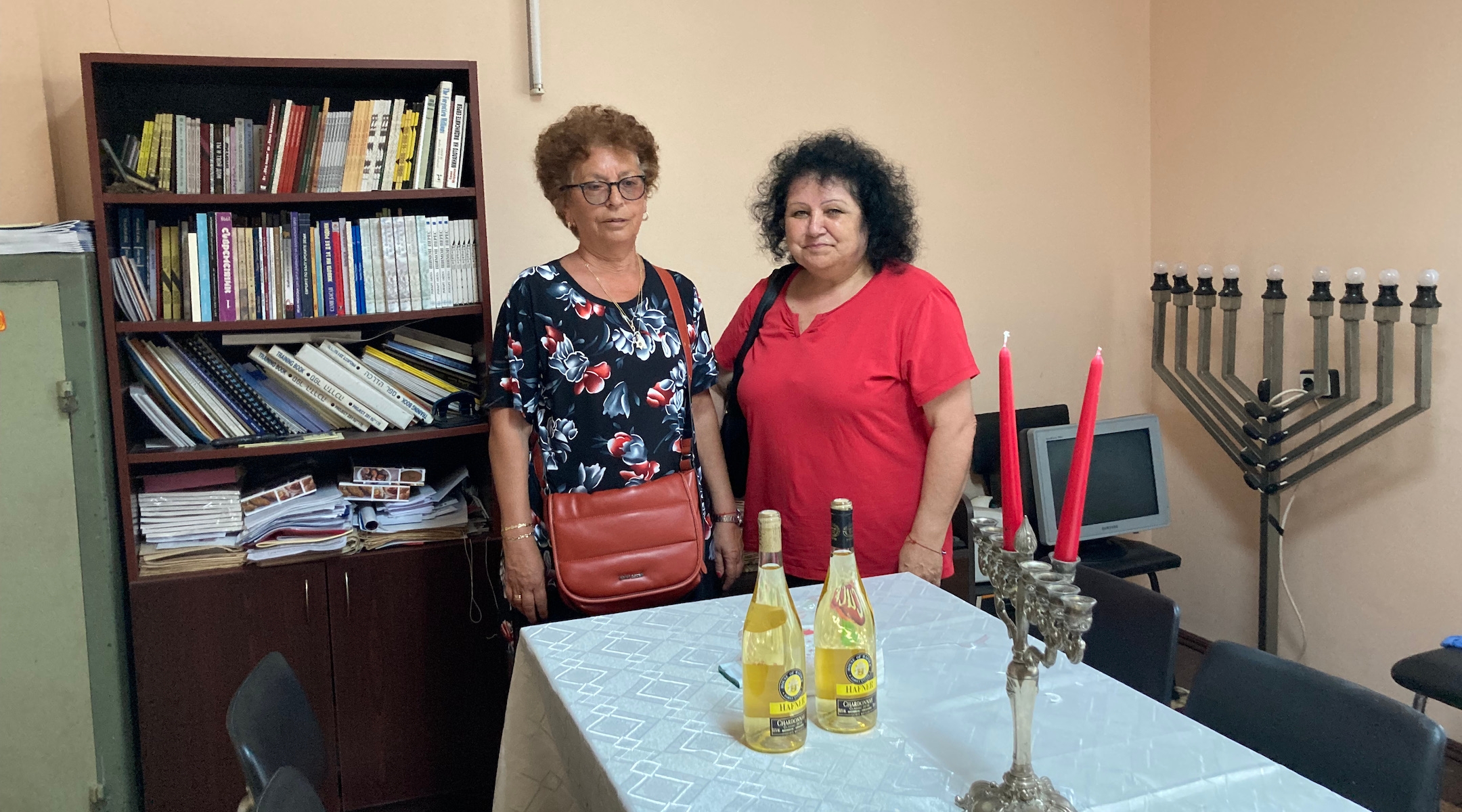 Shelly Vladeva, left, and Rosa Marinova are members of the dwindling Jewish community of Vidin, Bulgaria, which today numbers fewer than a dozen. (Jonah Goldman Kay)

For many in Vidin, the effort to rebuild the local synagogue is their last chance at creating a tourist destination that will revive the cash-strapped region.

“While it’s not going to be used for religious practice anymore, it’ll get a new life as a cultural space,” said Yordan Tsenov, the project’s architect.

Throughout Europe, small towns and cities have turned dilapidated synagogues into cultural spaces, museums, even restaurants, via adaptive reuse. These spaces are usually not designed to be exclusively Jewish. While the Vidin municipality shows genuine interest in preserving Vidin’s Jewish history, it also sees a unique opportunity to bring foreigners — Jewish and non-Jewish — to the city.

Over the next few years, the plan has slowly taken shape. Named after a Jewish artist from Vidin, the Jules Pascin Cultural Center will be home to a museum, performance space, library and cafe. There are plans as well to install a permanent exhibition dedicated to the history of the Jewish community here.

Tsenov said that although the synagogue will no longer be a functioning synagogue, the city plans to restore most of the original architectural features. Most of the early work will involve stabilizing the initial structure, including laying a new foundation and filling in the hollow metal columns with concrete.

In late June, Vidin hosted a groundbreaking event with the mayor and several Jews from the community in attendance. Construction began last month, and the center is expected to open by the end of 2022, barring delays.

“It’s a wonderful building and an important part of our town’s history,” said Shelley Vladeva, another member of the Jewish community. “Everyone in Vidin — Jew and non-Jew alike — want to see it restored.”

Even after it opens, the Jewish community doesn’t have any plans to use the synagogue for services. The members will continue to have Shabbat dinners, Rosh Hashanah services and Passover seders at their new community space, a small room near the city’s monument to its Jewish community. It’s much humbler than the synagogue, but it fits their community much better.

Plus, Vladeva adds with a smile, this one is next to the park. 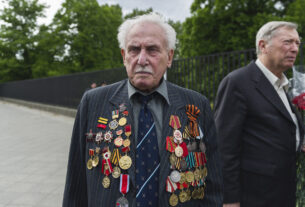 David Dushman, Auschwitz liberator who drove a tank through its fence, dies at 98 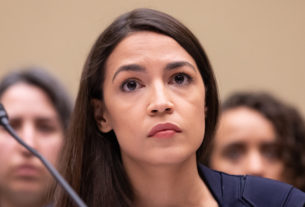 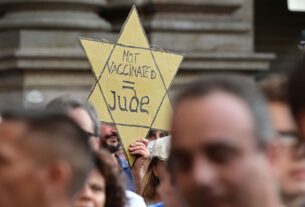 An anti-vaxxer in Montreal said he would stop wearing a yellow star. He still thinks vaccine mandates are like the Holocaust.