Indiana police are investigating a report of a black man who was pinned to a tree by a group of white men in an “attempted lynching”.”

Video posted to social media shows a group of white men holding Booker to a tree as his friends plead with them to release him.

A man by the name, Vauhxx Booker, posted on Facebook a story and a video to support his story about what happened to him on July 4th while he was walking with a group of friends in a forest in Indiana.

A group of white men approached him, pinned him to a tree, in an attack he said was an “attempted lynching.”

Indiana authorities are investigating the report.

“I don’t want to recount this, but I was almost the victim of an attempted lynching,” Booker wrote at the beginning of his long story. “I don’t want this to have happened to me or anyone. It hurts my soul and my pride, but there are multiple witnesses and it can’t be hidden or avoided.”

“On July 4th evening others and me were victims of what I would describe as a hate crime. I was attacked by five white men (with confederate flags) who literally threatened to lynch me in front of numerous witnesses.

(For my family and friends, I’m okay. I was diagnosed with a minor concussion, some abrasions, bruising, and some ripped out hair patches. I’m sorry you’re learning this way, but I don’t have the energy to keep retelling this. You may not want to watch these videos.)

The backstory is some individuals, my friends, and me had all planned on gathering to view the lunar eclipse at lake Monroe, rather than celebrating Independence Day. We were simply looking forward to a night of enjoying nature’s awesome beauty.

On our way into the park we (a friend and I) encountered a large white male (seemingly drunk) wearing an oversized hat with a confederate flag print on it. We were polite and continued on even though the encounter felt awkward. We noticed he began following us in an ATV, and we stopped as he drove up behind us and then stated we were on private property. We relayed to him that we believed the organizers had received permission from the property owners to cross, but apologized and went on to our beautiful site just off the water without any further incident. When we arrived we told the event organizer of the encounter and it was relayed that the individual wasn’t the actual property owner and the organizer apologized.

Even still, we advised our folks still in route to use the public beach way to avoid any possible conflict arising. We later found out that these individuals had blocked off the public beach way with a boat and their ATVs claiming that it was also their land. When folks tried to crossed they yelled, “white power” at them. Honestly, we thought it might just be the one drunken individual with the confederate hat we had encountered earlier who might be instigating the conflict. We decided to just walk back and attempt to simply have a conversation with some of the more sober seeming group members and see if we could smooth things over a bit. We were calm and polite, but looking back now, it’s apparent that these individuals began targeting our group the moment they saw myself, a Black man and were looking to provoke a conflict.

The individuals were calm for a moment then quickly became aggressive, and we started to simply leave. Rather than go back on the public beach they angrily indicated for us to use the trail, so we complied, and (friend and I) started walking away from them back to our site. A short moment later they began following us yelling. Two of them jumped me from behind and knocked me to the ground. I tussled with the two and another one joined in, then two more. The five were able to easily overwhelm me and got me to the ground and dragged me pinning my body against a tree as they began pounding on my head and ripped off some of my hair, with several of them still on top of my body holding me down. They held me pinned and continued beating me for several minutes seemingly become more and more enraged as they kept trying to seriously injure me and failing. At one point during the attack one of the men jumped on my neck. I could feel both his feet and his full bodyweight land hard against my neck.

At this point the commotion and the sounds one of the men’s young teenage daughter screaming for her father and the others to let me go started attracting more people, (most whom I didn’t know) who started attempting to intervene. The attackers told the growing group, “we’re going to break his arms” (while literally attempting to bend my arms behind me) and then stated to the members of their party several times to, “get a noose”, amongst some other choice slurs. With me still pinned underneath them they kept telling onlookers to leave the, “boy” and that everyone else (all white) could go. Folks then started filming the confrontation, and shouting that they wouldn’t leave me to be killed.

I lack the ability to adequately express my thoughts regarding this moment. How many Black people had the same surreal and terrifying experience of strangers talking about their own murders in front of them, who then didn’t live to see another day.

They (white allies) got the attackers off me and these drunken individuals continued to follow us. We attempted to explain that we were already on public park land and quite a ways away from any land they could claim, yet they continued to yell slurs and strike bystanders filming, all while beer cans were still in their hands. Others were finally able to stop the attackers from pursuing our group.

We called 911 who transferred us to DNR. When DNR eventually arrived they didn’t contact us to ensure that no one was injured, instead they went directly to speak with the other individuals (attackers) first. When they finally came to the beach near our campsite where we were all waiting, multiple individuals who didn’t know each other shared videos and relayed that the individuals had yelled “white power” and a litany of other derogatory remarks, and threatened my life multiple times, and also assaulted an approximately 60 year old man who stopped to film the encounter. Yet DNR refused to arrest any of these individuals, even with multiple the witnesses several who filmed the event and collaborated our accounts. Instead the officers stated they contacted the Prosecutor’s office who relayed there was no immediate need to arrest anyone, and that the officers would simply file a report. To reiterate, this attack occurred on public land and was recorded by numerous individuals who made statements against the attackers for assaulting them and me. I’m gravely concerned that if any other people of color who were to cross their path they could be killed.

I’m not sure I know what to do next. I consider myself a leader (I’m on Human Rights Commission and do so many other roles) and don’t know what to do. Leaders are supposed to know what to do. But, I’m not going to cry. I refused to die with these white men atop me while I struggled for every breath. I still refuse to be a hashtag or some racist’s victim. I do know that we as a community can stand against racism if we choose.

Bloomington we’ve had three public incidents involving overtly racists individuals who were then backed by the police within a month. Are we going to wait for a Black person to be lying dead in the gutter before we act? When is enough actually enough?

My enduring gratitude to those who stopped merely being bystanders and acted to aid me, who told the police what they’d seen and heard, and who shared my outrage at DNR’s and our Prosecutor’s office inaction.

If you’d like to help do something, please ask that the Monroe County Prosecutor Erika Oliphant swiftly act to bring these individuals to justice. 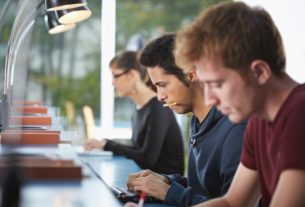 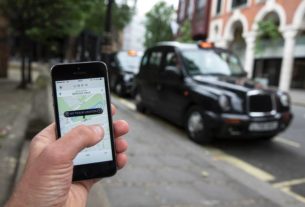 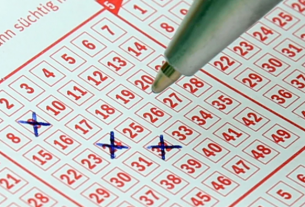