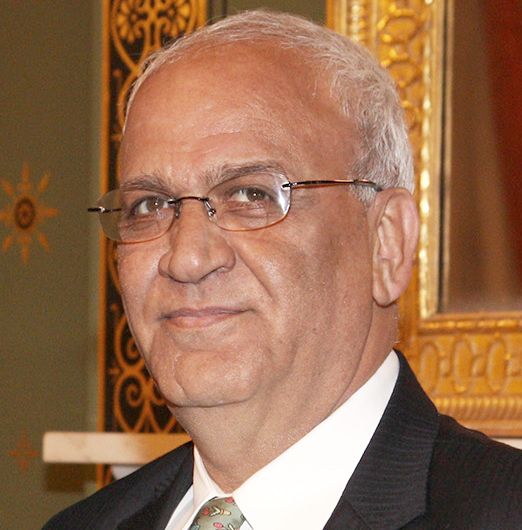 Senior PA official accuses U.S. of blocking direct talks between the two sides and behaving as Israeli broker, says Netanyahu sees Trump presidency as ‘God-given opportunity for him to dictate’ to Palestinians, but that will not happen

Senior Palestinian Authority official Saeb Erekat warned Wednesday that Israeli annexation of the West Bank settlements and the Jordan Valley would lead to “disaster” and compared Israel to an empire whose actions would lead to its own collapse.

“What Benjamin Netanyahu is doing with annexation… derailing the train of the two-state solution, is putting Palestinians and Israelis in the path of conflict,” Erekat told Ynet.

“Throughout history of man and political entities and empires, empires collapsed, nations collapsed, simply because they were thinking like [Israel] now, that if you have the power, you can have the prosperity. What we need all of us, including Israel, is peace. And peace cannot be done with the continuation of your settlements, apartheid and occupation,” he said.

Erekat, who led the negotiations with Israel for the Palestinian Authority, said that the two-state solution was the only viable option for a peaceful resolution to the conflict, but that annexation would spell the end to such an option.

The former negotiator and PLO chief dismissed reports that the PA was planning to declare Palestinian statehood should Israel go through with its plan to apply sovereignty to its West Bank settlements and the Jordan Valley.

“There’s no declaration, we don’t need a declaration,” Erekat said. “Our legal status is that we are a state under occupation. Resolution 67/19 of 2012 of the [United Nations] General Assembly specified the geographic location of the State of Palestine as the West Bank, Gaza and East Jerusalem and gave us the status of observer state or non-member state. So … those who speak of declaring a state don’t know what they are talking about.”

Erekat rejected the claim that the Palestinians were refusing to negotiate with Israel or through the United States, and accused the Israeli leadership of stonewalling direct talks and blaming the PA.

He also accused the Trump administration of effectively working for Israel during the diplomatic process.
“We sat with President [Donald] Trump and his team, and I want Israelis to listen to the truth, to listen to the facts and to stop listening to these lies from your leaders about us,” he said.

“We held 37 meetings with President Trump and his team in 2017. Four meetings with Trump and 33 meetings at my level with [Trump senior advisor] Jared Kushner. In every single meeting, I asked to meet with my Israeli [counterparts].”

But, Erekat said, the U.S. would not facilitate direct talks between Israel and the PA. “In every single meeting I asked the Americans to put me up with the Israelis – I told them we need to sit down the Israelis, we need to discuss and negotiate and hear and put [across] our position and see the Israeli positions so that compromise can be made. The Americans refused,” he said.

“On April 24, 2014, it was Mr. Benjamin Netanyahu who stopped the negotiations with us, that is the truth. He doesn’t want to negotiate; he believes that Trump is a God-given opportunity for him to dictate [to] us and this will not happen. It is taking us on the path of perdition and disaster.” 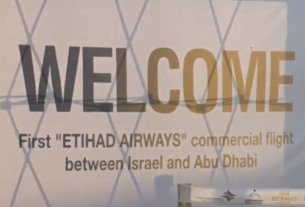 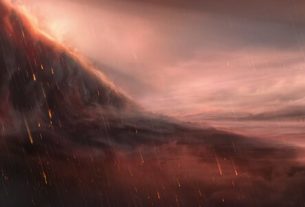 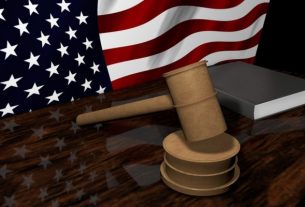