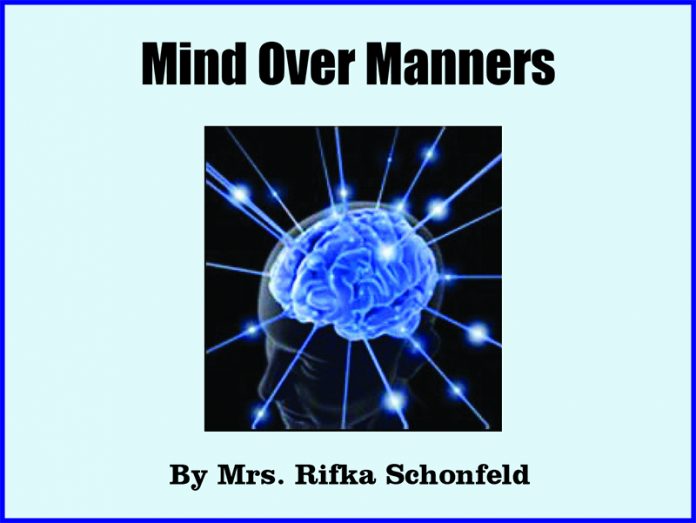 Q: Why is it so hard for me to accept criticism? I feel like it will help me grow, but I never want to listen once it is being said. Is there something I can do to change this about myself?

A: Harvard professors Douglas Stone and Sheila Heen argue that we “swim in an ocean of feedback” throughout our lives. As children, we get hundreds of grades each year; as young adults, we hear about our strengths and weaknesses in shidduchim, and we have performance evaluations throughout our personal lives and careers.

In their book, Thanks for the Feedback: The Science and Art of Receiving Feedback Well (Even When It’s Off-Base, Unfair, Poorly Delivered, and Frankly, You are not in the Mood), Stone and Heen note that when we give feedback, we notice that the receiver isn’t good at receiving it. Conversely, when we receive feedback, we notice that the giver isn’t good at giving it. They wondered what made feedback so difficult. And, they realized that the key player is not the giver, but the receiver. Therefore, they created a book whose primary purpose is to give you an understanding of why getting feedback is so hard. They also provide readers with some tools to help them recognize, digest, and grow from that any kind of feedback (unwanted and unwarranted included).

You might think that there are multiple ways that things can go wrong with feedback, but Stone and Heen have identified three specific triggers:

Truth Triggers. We can be thrown off by the content of the feedback itself. If it is off, impractical or false, we can feel frustrated and wronged.

Relationship Triggers. This trigger is generated by the person giving you the feedback. You might feel that the person has no expertise or authority in that subject and should not be addressing you, or you might feel that you deserve better than to be criticized by that person. In these instances, our focus shifts from the information being relayed to the person who is giving it.

Identity Triggers. Identity triggers focus on us. They don’t focus on the substance of the feedback or the person who is giving it. Instead, they cause us to rethink who we are. We feel unsure of ourselves – and feel threatened and off balance.

Q: Is confidence really so important? What’s the point?

A: Picture this: there are children in a room, competing in a contest of who can build the best tower. The judge walks in. He walks around the room, examining the towers, and then chooses the winner. The child who wins stands tall, chest out, grinning at those around him. The children who did not win look away, some might try to speak but their voices will crack. Others might knock their towers over.

Are any of the “losers” still proud of their tower? Are they proud of themselves for having participated in the contest?

In her book The Confident Child: Raising Children to Believe in Themselves, social psychologist Terri Apter describes the above situation as part of a research experiment that she conducted in graduate school. In reality, the judge was declaring the winning tower at random. The aim of the study was to observe children’s responses to success or failure. The youngest children (two- and three-year-olds) barely responded to winning or losing, but Apter remembers observing the older children as torture. Many of the “losers” were too embarrassed to even face her and others hunched over and stared at their ankles, willing their tears to go away.

Apter was heavily affected by this experience. She explains that parents fight a daily internal battle to “attain a balance between teaching children that they must do their best, and teaching them that they are ‘the best’ regardless of what they do… We do have to teach our children how to achieve, and we do have to encourage them to feel better about achieving than failing. We do have to work on their behalf – and sometimes against their inclinations – to inspire them to develop their potential. But while we do this, we risk making them feel awful about themselves. This self-defeat can consume enormous energy as a child seeks to protect herself from its blows. The child can create disguises and defenses that blind us to her real feelings and real needs. To help our children sustain that vital confidence that motivates them and fills them with hope for their future selves, we have to understand what self-esteem is. For self-esteem is the key to a child’s bright future. But what is it, and how is it maintained?”

She explains that self-esteem has a huge impact on successful development, in fact, more of an impact than intelligence or natural ability. When children believe they have value and the skills that justify this belief, they will work harder and longer at a task simply because they believe that they can do it, ensuring higher levels of performance and completion. Apter also links confidence and self-esteem to Daniel Goleman’s theory of emotional intelligence.

As Goleman writes, “Abilities such as being able to motivate oneself and persist in the face of frustrations; to control impulse and delay gratification; to regulate one’s moods and keep distress from swamping the ability to think; to empathize and to hope… And while there are those who argue that IQ cannot be changed much by experience or education, I will show that the crucial emotional competencies can indeed be learned and improved upon by children – if we bother to teach them.”

Emotional intelligence therefore grounds children as people who can interact positively with others and continue to develop even as the playing field gets more difficult and challenging. 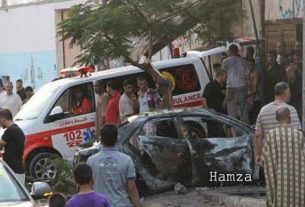 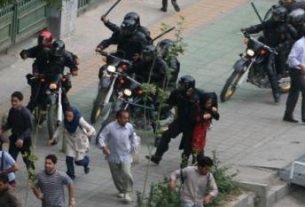 It’s Time for Europe to Stand with the Iranian People 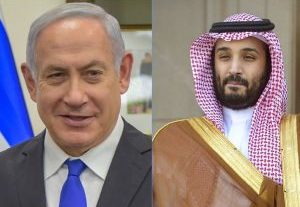