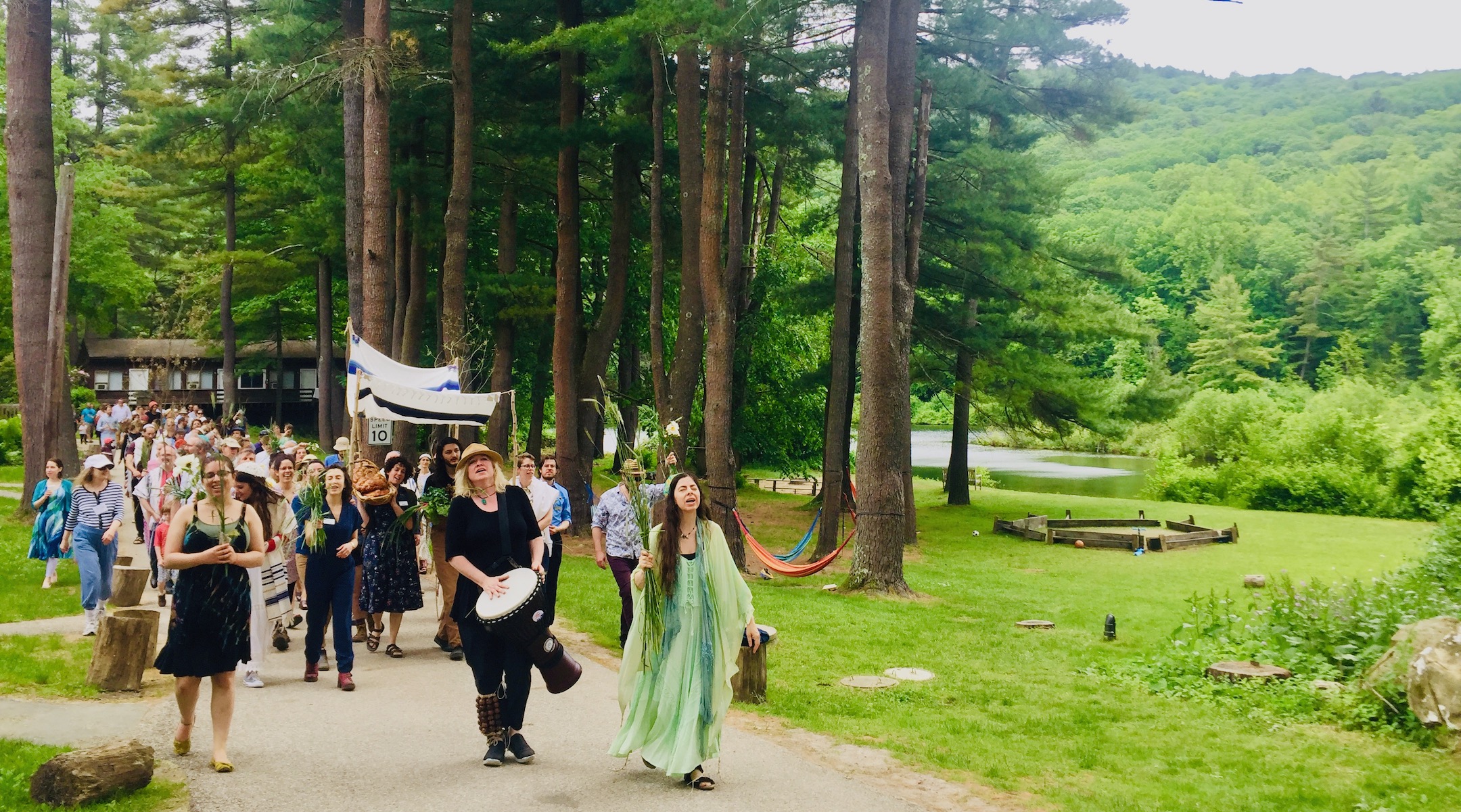 (Baltimore Jewish Times via JTA) — With the pending merger of Hazon and the Pearlstone Retreat Center, Baltimore is poised to become a national leader in the Jewish outdoor food, farming and environmental education movement.

Pearlstone, a Jewish retreat center and outdoor education site in the Baltimore suburb of Reisterstown funded by the local federation, is absorbing into Hazon, the country’s largest faith-based environmental organization. And for the organizations’ heads, this new powerhouse is arriving not a moment too soon.

“The Jewish community has a unique capacity — and, I would argue, a moral obligation — in this historic inflection point,” Pearlstone CEO Jakir Manela said. “The climate crisis is real, and it threatens the future of our planet.”

Manela will become CEO of the new merged entity, to be called simply Hazon, on Aug. 1, though the merger won’t fully take effect until 2022. And the Pearlstone campus will become the new national headquarters for Hazon, which is currently based in New York. Hazon will maintain its offices in New York and Detroit, as well as its own conference center in Connecticut.

The idea for the merger came about during a search to replace Nigel Savage, the outgoing Hazon CEO, who informed the Hazon board last summer that he would be stepping down by this August. Manela was identified during the search process, and so arose the idea to merge Pearlstone and Hazon into one entity. 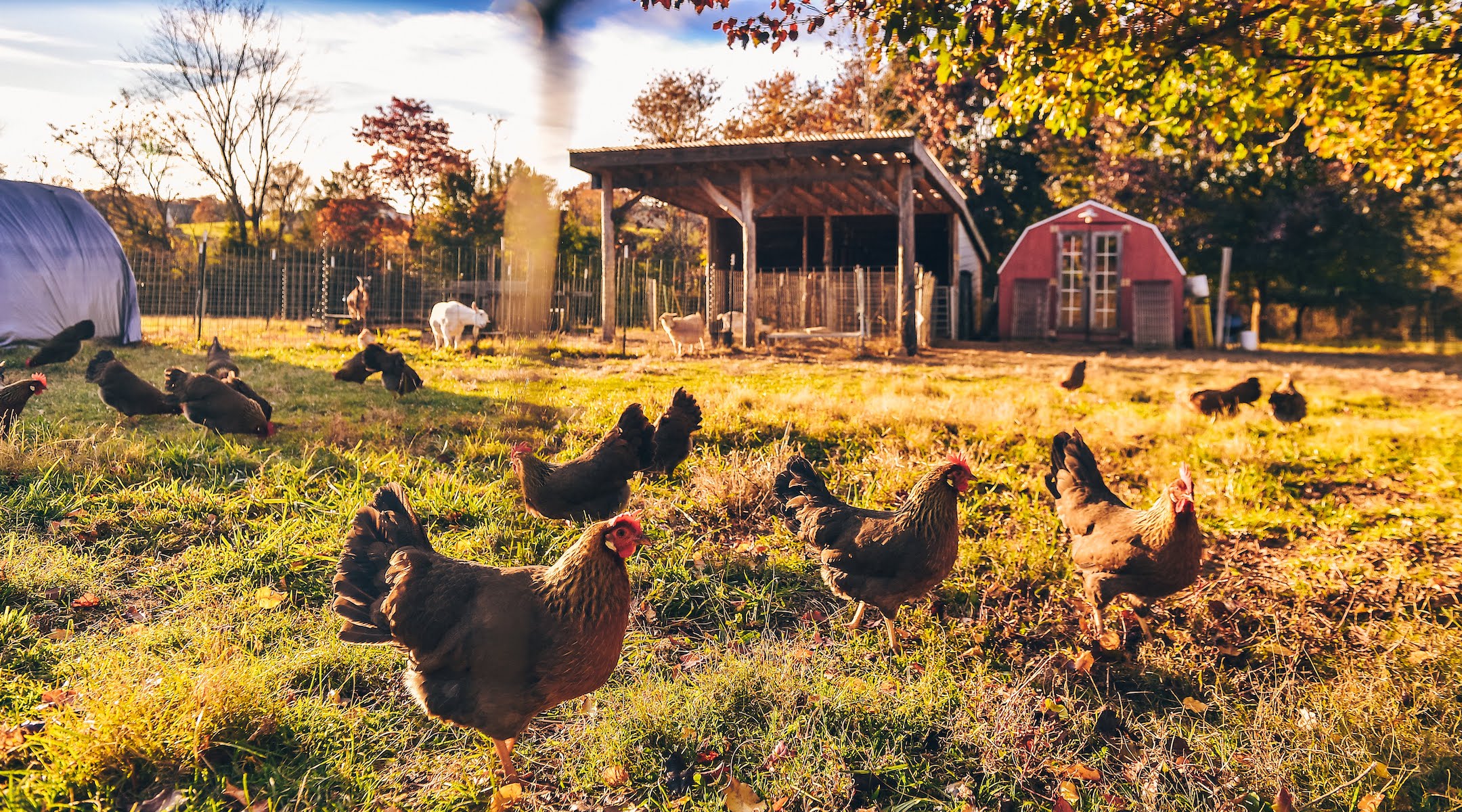 A chicken coop at the Pearlstone Center in Reiserstown, Md., an environmentally focused retreat center run by the Baltimore federation. (Courtesy of Pearlstone)

The combined organization will manage a $12 million budget and more than 200 staff and reach nearly 50,000 program participants annually.

Formed within a year of each other, Hazon and Pearlstone have each committed in their own way to forming a Jewish response to the larger challenges facing the environment. Savage founded Hazon in 2000 while hiking in Israel during a break from his career as a professional fund manager in London. He had become distraught at what he perceived as the Jewish community’s lack of attention being paid to environmental issues.

“I was starting to see that the Jewish tradition didn’t enter human history in synagogues, in faith schools or in a JCC,” he said. “We entered human history in relation to the natural world.”

Less than a year after Hazon’s founding, Baltimore’s Jewish federation — known as The Associated — launched the Pearlstone Center, which serves as a venue for professional conferences, spiritual retreats and a bevy of life-cycle events. Initially its campus was 7 acres. In 2006, Manela founded Pearlstone’s Kayam Farm, which offers hands-on environmental education and aims to inspire social and environmental responsibility.

When Pearlstone’s neighbor, Camp Milldale, closed in 2015, The Associated repurposed the land, expanding Pearlstone’s scope to 180 acres. Today The Associated owns the Pearlstone property, provides the center with an annual unrestricted grant and includes it in the federation’s large-scale solar project, which intends to offset each of its agencies’ electricity use with solar energy by 50%. During COVID-19, The Associated also helped Pearlstone secure a large paycheck protection program loan.

“We’ve watched Pearlstone go from an idea to a retreat center to a thriving institution that we have long believed has significance beyond the boundaries of the Baltimore Jewish community,” founders Richie Pearlstone and Josh Fidler, past board chair P.J. Pearlstone and Associated President Marc Terrill said in a joint statement. “We are thrilled that Pearlstone will now be the home of what we expect and intend will become one of the most exciting institutions in American Jewish life in the coming decade and beyond.”

Manela described the Jewish outdoor food, farming and environmental education movement — which seeks to promote health, equity and sustainability — as “one of the most powerful forces in Jewish life.”

“It’s not structured like a denomination,” he said, “but it has a depth of spirit, potential and resonance across denominations and age groups that speaks so deeply to the moment that we’re in — this historical inflection point for the Jewish people, for all of humanity, and for all of creation.”

Through strategic partnerships and its own immersive programming, the merged organization says it will work to weave justice and sustainability into the fabric of Jewish life on the local, national and global levels.

In addition to Manela becoming CEO, Eve Wachhaus, Pearlstone’s deputy director, will become chief operating officer of Hazon in August. She will also manage operations for Pearlstone’s campus, which serves as a venue for professional conferences, spiritual retreats and a bevy of life-cycle events.

Retreat centers nationwide were hit hard by COVID-19. Last year, Pearlstone experienced a 90% reduction in sales revenue, specifically regarding the revenue from retreats, and a 65% reduction in force in late June. Similarly, COVID-19 forced Hazon to close its retreat center in Falls Village, Connecticut, and cancel a variety of programs. There was a loss in revenue, and many staff members had to be let go.

Despite that, the merger is not due to job losses at either Pearlstone or Hazon, according to Manela.

“Both organizations have been and continue to be financially stable,” Manela said. “Doing the due diligence to make sure that was the case was an important factor during negotiations. Nobody was in a financial crisis.

Manela added that the merger “was moreso motivated by a sense of huge opportunity, an alignment of values, goals and visions, and how much stronger we could be together.”

Hazon’s retreat center is fully booked for the rest of the year, and the organization has “strong program momentum going forward,” Savage said.

In spite of COVID-19, Manela said, Pearlstone has managed to reinvent itself, thanks to the work of its staff and supporters as well as The Associated. Programs have included an outdoor farm and forest school and an in-person summer camp.

Since the beginning of the pandemic, the Pearlstone kitchen staff has provided about 100,000 meals to communities in need.

“Pearlstone has been able to adapt, pivot, show great resilience and, in some ways, grow our impact in a very different way,” Manela said.

“For Baltimore to be the capital of this movement is really tremendous. It’s critical not just for our community but for communities everywhere.”

Savage believes that it will benefit the Jewish community to have a national organization headquartered in Baltimore — and not in New York, Los Angeles, Boston or Washington, D.C.

“Not only am I excited for the merger, but I think it makes sense,” Savage said. “The two organizations are almost twins with each other. This is really, really good for Baltimore.”

One practice that Hazon has made “less obscure,” Savage said, is shmitta, or the seventh year of the seven-year agricultural cycle as required by the Torah.

During this period of rest for the land, agricultural and economic adjustments are made to promote health, equity and justice.

Keeping with shmita — which begins this Rosh Hashanah in September — is one reason that Savage told the Hazon board last summer that he wanted to step down as CEO by this August.

In the days surrounding the announcement of the merger, British Columbia and Death Valley both hit record high temperatures. The changing climate is foremost on Savage’s mind.

“In the end, COVID is a kind of wake-up call to the American Jewish community, and to the world, about the need to plan for potential disruptions to human civilization,” he said. “And as huge as COVID-19 has been, it still pales beside the changes that a changing climate will bring.

“So as we merge with Pearlstone,” Savage said, “there are lessons to be learned and much work for us all to do.”

Of course, Savage won’t be spearheading the future of Hazon. Starting in January, he will take a part-time role with the organization from Israel. This October, he plans to participate in Hazon’s Israel Ride from Jerusalem to Eilat, which benefits the work of Hazon and the Arava Institute, one of the Middle East’s leading environmental academic and research institutions.

But Savage is confident in Manela, referring to him as a “superb leader.”

“There’s a lot of hope, excitement and understanding of the enormity of the challenges we face within the Jewish community and across the planet,” Manela said. “We’re ready to step in and seize the moment.”

A version of this story originally ran in the Baltimore Jewish Times via Mid-Atlantic Media.

A Brooklyn Rally Against Antisemitism Offers Right-Wing Solutions – After a Jewish man was attacked for wearing an IDF hoodie, demonstrators responded with calls for more cops.

Demiurge – “Don’t make universes out of nothing / Use what’s there– take it easy, but take it” 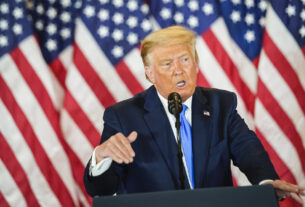