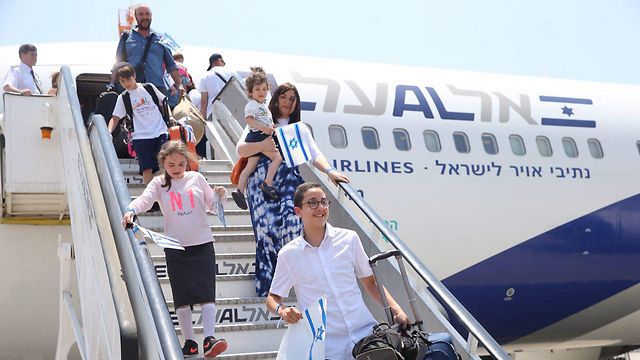 The world’s Jewish population has not yet grown to be as large as it was before the Holocaust. Most of them live in Israel and the United States, the fewest in Yemen

On the eve of the year 5799, the number of Jews in the world stands at about 14.8 million. The largest Jewish community, 6.7 million, live in Israel. This increase of about 100,000 from the past year. The world’s Jewish population has not yet grown to be nearly as large as it was before the Holocaust.

More than half of the Jewish population live outside Israel, of which 5.7 million are in the United States. About half a million Jews live in France. Iran, Syria, the Bahamas, and Namibia

More than 400,000 are entitled to the Law of Return, which are not listed as Jews in the Population Register.

According to the chairman of the Jewish Agency, Isaac Herzog, the main challenge facing world Jews is anti-Semitism, “culminating in the past years.”

The number of people around the world eligible to receive Israeli citizenship under the Law of Return stands at 23.6 million, of which 16.5 million are outside the State of Israel – according to the updated estimates of Professor Sergio Della Pergola of the Hebrew University, published in the 2019 American Jewish Year Book (AJYB).

The figures include everyone who defines themselves as Jews and who Do not hold any other religious identity.

The number of Jews in the world’s largest communities:

Excluding Israel and the United States, the largest Jewish communities in the world, with hundreds of thousands of Jews living in France, Canada, the United Kingdom, Argentina and Russia.

The smallest Jewish communities numbering less than 500 are found in the Bahamas, El Salvador, Bolivia, Slovenia, Cyprus, Jamaica and other countries.

On the African continent are many of the smallest communities, including Congo, Botswana, Kenya, Madagascar, Namibia, Nigeria, Zimbabwe and Egypt. In addition, some 8,000 Jews are awaiting immigration to Ethiopia.

The number of Jews in small communities around the world
Switzerland 19,000

In 1939, the eve of WWII Jewish population reached its historical peak of 17 million (0.8% of the global population). This number was reduced to 11 million by 1945, after the Holocaust.

The Jewish population grew again to around 13 million by the 1970s, but has since recorded near-zero growth until around 2005, due to low fertility rates and assimilation. From 2005 to 2013, the world’s Jewish population has grown modestly at a rate of around 0.78%.

Amun Spreads Products Throughout the EU