Is the world 15 billion or less then 6,000 years old? To answer this question, and to discuss the Torah’s account of creation more broadly, The Jewish Press spoke with Natan Aviezer, professor of physics at Bar Ilan University for 50 years. Professor Aviezer has also published three books on Torah and science, including, In the Beginning, which focuses on the striking similarities between the story of creation and contemporary scientific theories.

The Jewish Press: Do scientists still believe in the “Big Bang”?

Prof. Aviezer: The Big Bang is still the number-one theory of cosmology, backed by a large majority of scientists and taught in every university.

According to their understanding, what caused the Big Bang? An explosion of gases?

Where do they say the light came from?

They say that isn’t a scientific question.

You mean they don’t want to deal with the mystery?

They say the light suddenly appeared. For them, that’s the beginning of the universe. Nothing existed previously.

Have you ever discussed with secular scientists the similarity of their theory with the Torah’s statement, “Let there be light”?

Many times. They always reply that it’s a funny coincidence, but nothing more.

“Creation” is a standard term used by all scientists. Suddenly, there appeared a big ball of light from out of nowhere. Now, this is exactly what the Torah describes. In the beginning, there was no sun, or moon, or stars. The light which appeared had no physical source.

Thousands of years after the Torah account was given to us at Mount Sinai, scientists say this is exactly what happened. Scientists, a wide majority of them atheists, have finally discovered what the Torah said all along.

Do scientists still believe in Darwin’s theory of evolution?

Darwin postulated that the evolution of the different species came about gradually, and no scientific evidence has been found to prove this. All changes happened in a sudden fashion.

While there are many meaningful aspects to Darwin’s writings, evolutionary biologists don’t accept his theory of gradual change. In 1859, Darwin spoke about the existence of intermediate forms – what people call “missing links.” He said that if scientists searched for them, they would discover them.

Over the last 150 years, a wide range of expeditions have searched around the world for fossil evidence, but very few intermediate forms have been found. The animal kingdom evolved, but in bursts – not gradually. In the Torah account, we indeed see a distinction in creatures on the fifth and sixth days, and this could be seen as a sort of evolution, but not in the Darwinian sense.

The world is 14 billion years old. That’s a scientific fact. How does this jive with the six days of creation? First of all, our count of 5780 years begins with Adam, not “Let there be light.” The Rambam speaks about the six days in his Guide for the Perplexed. He explains that not every word in the Torah has the same meaning that we assign it today. Often the Torah employs figurative language.

He explains, for example, that “days” in the account of creation refers to periods or phases in the development of the universe. Regarding the first three days – before the creation of the sun and moon – the Torah uses the language, “There was evening and there was morning.” Obviously, these words don’t refer to regular days as we know them since the sun and moon hadn’t been created yet and there were no solar and lunar cycles to be calculated.

These days could have been billions of years each.

When I became a baal teshuvah and asked about the age of the universe, I was told that just as Hashem created Adam as a 30-year-old man, so too He created a world that looked like it was billions of years old. Another explanation I was told was that the Great Flood caused cataclysmic geological changes, which made the Earth appear to be older than it is.

If you were told that, I’m surprised you became a baal teshuvah. You can throw those theories away.

Regarding the theory of the flood: An enormous flood would have only had a negligible effect on the geology of the planet.

When we understand that the Sages’ count of the age of the world begins with Adam – not creation – we don’t need to invent fanciful explanations to defend it.

In your opinion, will scientists ever come to the conclusion that Hashem created the world?

They will have to. Even now, there are scientists – Nobel Prize winners among them, totally atheist – who speak about the “miraculous” aspects of creation. For example, the biologist Francis Crick, states, “The origin of life appears to be almost a miracle – so many conditions would have had to be satisfied to get life going.”

Among the many conditions he mentions is the fact that the Earth remains exactly placed – not too far from the sun, so we don’t freeze, and not too close, so we don’t burn. Any tiny change would be catastrophic. Coincidence? Or is there some mysterious Guiding Hand at work?

The more science advances, the more scientists will have to recognize that the Big Bang of light came from the one and only creator, just as it says in the Torah.

The Jewish Press: What was Rabbi Kook’s take on modern science?

Rabbi Ari Shvat (archive director at Beit HaRav Kook): Rav Kook writes in a letter: ‘There is no conflict at all between the Torah and science. We do not have to accept scientific theories as fact, no matter how popular they are, for they are like flowers that fade away. Within a short time, scientific technology will be advanced, and all of today’s theories will be rejected and scorned, but the word of Hashem will endure forever’ (Igrot, Letter 9).

Rav Kook also stressed, though, that in the war of ideas, we should not immediately reject a theory that [seemingly] contradicts something in the Torah. Rather, we should build the palace of Torah above it.

So how should one regard the creation story and Adam and Eve in the Garden of Eden?

Rav Kook writes, “The Torah obscures the actual act of creation and speaks in allegories and parables. Everyone knows that the stories of Bereshit are part of the secrets of Kabbalah and not to be taken literally” (Igrot, Letter 91). Rabbi Shimon Bar Yochai states this clearly in the Zohar (Bamidbar 152b).

Rav Kook emphasizes that the essence of the story of creation is the fundamental moral teaching that Hashem is the creator and that mankind is bidden to follow in His paths.

Scientists claims the universe is billions of years old. What did Rav Kook think?

He points out that it is generally accepted amongst the Sages that there were many earlier eras before our present one. The Midrash states that before the Torah’s account of creation, Hashem was building worlds and destroying them. What is important for us is the period of time from the creation of man.

If the world is billions of years old, why didn’t Hashem reveal this fact in the Torah?

Rav Kook explains that if primitive man would have known about all the continents and planets, and that man is quantitatively just a speck of dust in the universe, he would not have realized the importance of his actions. Only when humanity matured and grew confident of its place as the center of existence did Hashem reveal the Torah and eventually [scientific knowledge], balancing our feelings of self-importance with modesty.

Rav Kook calls on us to remember that the G-d of history is also the G-d of science, gradually revealing to mankind different aspects of creation at different stages of man’s development. … Rav Kook viewed the theory of evolution, not as a threat to Jewish belief, but as a tool to substantiate the understanding that the redemption of Israel is a slowly developing process, which evolves little by little like the gradual rise of dawn (Jerusalem Talmud, Berachot 1:1).

Rav Kook met Albert Einstein in 1923. What do we know about this meeting?

Rav Kook invited the famous scientist to visit him during his trip to Palestine. Rav Kook had great respect for writers, artists, and scholars from all fields. Einstein was amazed that a rabbi with no academic background understood his new theories of physics and relativity, which Rav Kook explained could already be found in the Zohar and writings of the Maharal. 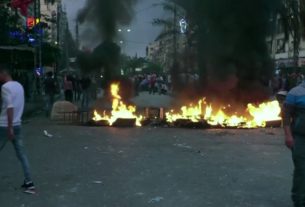 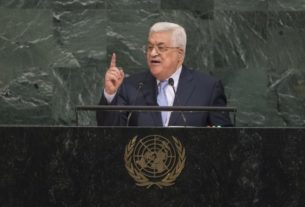 Whatever Happened to the Palestinian ‘Diplomatic Tsunami’? 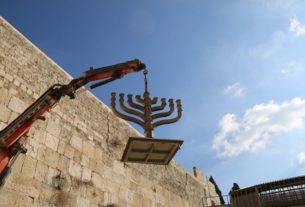