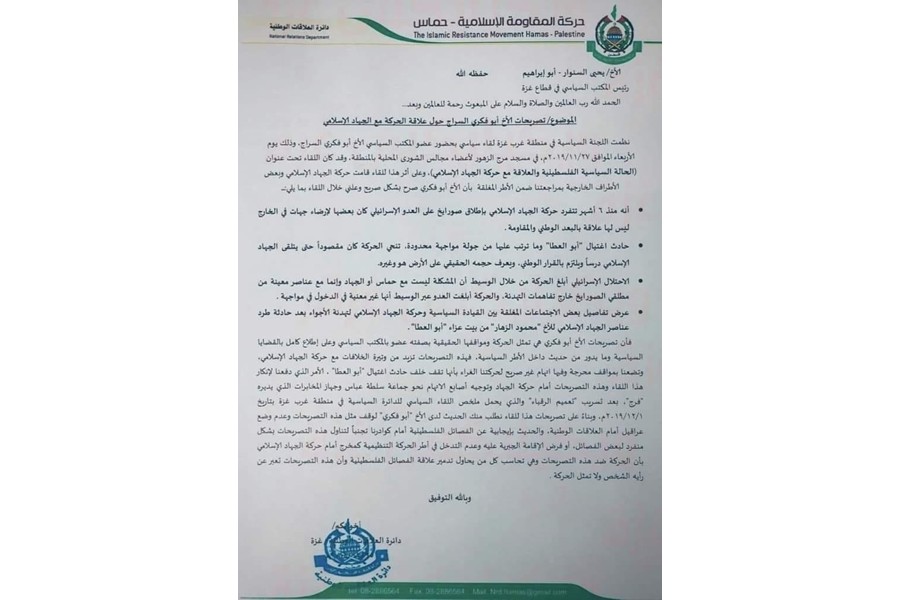 An internal Hamas document reveals its alleged involvement in the IDF’s assassination of senior Islamic Jihad commander Baha Abu al-Atta in the Gaza Strip in November and exposes the ongoing power struggle between the various Gaza factions.

The document, a copy of which was obtained by TPS, was confirmed as authentic by the Palestinian Authority’s (PA) intelligence service and by Islamic Jihad operatives in Judea and Samaria.

The document, titled “Statements on Hamas and Islamic Jihad Relations” was written shortly after the operation at the end of November, and recently compiled by Hamas’s National Relations Department and sent to Hamas’s chief in Gaza, Yahya Sinwar.

The authors of the document complained to Sinwar about unusual statements by Abu Fakhri Saraj, a member of Hamas’ political bureau in the Gaza Strip, made during a meeting in a Gaza mosque dealing with Hamas’s relations with Islamic Jihad.

Islamic Jihad officials gained knowledge of the statements they say serve as evidence of Hamas’s complicity in Abu al-Atta’s assassination.

Saraj criticized the Islamic Jihad operatives for firing rockets at Israel for months, only to appease agents abroad, namely Iran, and contrary to Hamas’ “national interests” in the Gaza Strip.

Saraj also said that the elimination of Abu al-Atta and Hamas’s subsequent subdued response to the IDF’s operation were planned and intended to teach the Islamic Jihad a lesson because it is acting like a “rogue organization” and as to align it with the “national line,” another name for “Hamas’s positions.”

Saraj further “revealed” that Israel notified Hamas in advance of its actions, through Egypt, and stressed that it had no problems with Hamas or with the Islamic Jihad, but with rogue elements within the Islamic Jihad, which harm the relative calm on the Gaza border.

In response, Hamas informed Israel that it was not seeking a total conflict with it.

The authors of the document say that the unusual statements embarrass Hamas and invite accusations of its implication in Abu al-Atta’s assassination, and that Saraj should be prevented from taking part in meetings and placed under house arrest.

The document further says that the accusations against Hamas must be denied and instead an accusatory finger should be pointed at the PA and its intelligence chief Majed Faraj to remove any complications from Hamas’s relations with the Islamic Jihad.

The source did not specify to whom the information was to transferred from Hamas.

Sources in Islamic Jihad say that the document is authentic and that it prompted the release of videos by Hamas blaming the PA. The sources believe that the document indicates Hamas’s embarrassment and its intentions to harm Faraj by using this incident against him.

A source close to Hamas told TPS that the document is a fabrication. 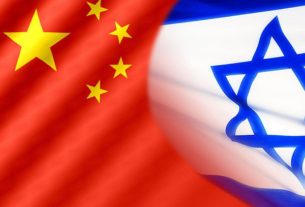 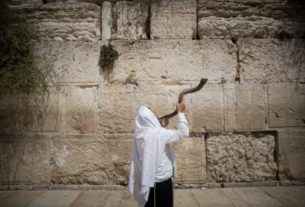 Yom Kippur Guide for the Perplexed 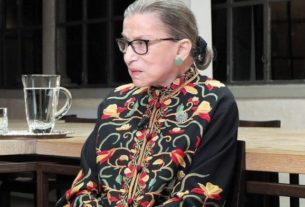