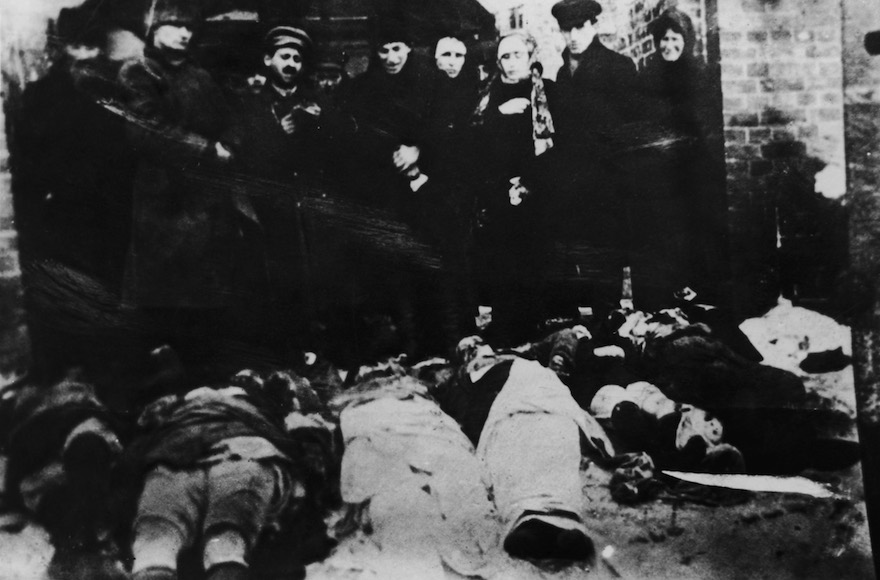 (JTA) — The term “pogrom” is unfortunately back in our lexicon.

Last week, Israeli President Reuven Rivlin described attacks by “a bloodthirsty Arab mob” in the mixed Jewish-Arab city of Lod as a “pogrom.” A Jewish vigilante in Lod told The Washington Post that he was defending its Jewish residents “from a pogrom.”

On the other side, when a video captured Jewish rioters beating what they took to be an Arab man in Bat Yam, a Pakistani writer tweeted, “This is what a pogrom looks like.”

So what exactly is a pogrom? And are Jews the inevitable, exclusive victims?

It’s been over a century since the Russian word “pogrom” entered the English language, but the civil unrest in Israel is unfortunately bringing the term back into current usage.

The New York Times, using the Yiddish plural “pogromen,” first cited the term in 1882 to describe the wave of anti-Jewish violence that followed the assassination of Czar Alexander II, and provided a helpful inline definition: “riots against the Jews.”

The Slavic root of the term, derived from the evocative word “to thunder,” adds tone but otherwise gives little indication of its meaning. Pogrom was one of many words, including “riot,” “upheaval” and “disorderly conduct,” used to describe the horrific attacks that plagued Jewish villages in the Russian Empire from 1881 to 1884 as transient Russian workers rode the rails from shtetl to shtetl, stopping at every station to beat, rape and occasionally murder.

In the wake of the violence, some 1.75 million Eastern European Jews migrated to the United States, the numbers tapering off only in the 1920s when restrictive immigration quotas were imposed. The term pogrom migrated with them, from Russian to Yiddish to English.

In the late 19th century, many Jewish activists believed that Alexander III, the new czar, had given his blessing to the pogroms by directing police to turn a blind eye to the violence. This view was famously captured in Sholom Aleichem’s writings and in the musical “Fiddler on the Roof,” based on his stories, when the local police chief lets Tevye in on the secret plans for an upcoming pogrom.

Toward the end of the 20th century, archival research led historians to dismiss that interpretation of the pogroms.  The 1881-1884 pogroms were not organized by the bureaucratically inept Russian government, which viewed the uncontrollable violence as a threat to the stability of the regime as a whole.

By contrast, the far more brutal pogroms of the 20th century, including the notorious Kishinev pogrom of 1903 and the bloody pogroms that engulfed Ukraine during the chaos that followed World War I, showed much clearer signs of coordination by authorities at various levels. The last czar, Nicholas II, tacitly encouraged the violence by openly supporting the violent Black Hundreds organization and even underwriting the publication of the antisemitic work “The Protocols of the Elders of Zion.”

The definition of the word pogrom thus has come to include three essential elements: a violent mob, Jewish victimhood and at least the appearance of some level of central planning or incitement, although the attacks themselves seem more spontaneous.

Although the word pogrom first emerged in the late 19th century, it was later applied anachronistically to incidents in the distant past. Social upheavals directed against Jews are virtually as old as Jewish history itself, with the street violence of Alexandria, Egypt, in the year 38 C.E. considered the earliest example.

Throughout the medieval period, a combination of religious fervor and bloodlust motivated ordinary citizens to rise up and attack Jews in hundreds of crusades, blood libels and false charges of host desecration, often with the tacit or explicit approval of ruling authorities.

The term pogrom is rarely used to describe the events of the Holocaust, on quantitative and qualitative grounds: The Nazis murdered millions in a hierarchical, organized and bureaucratic manner unlike the erratic and spontaneous attacks by pogromists. Nevertheless, certain specific incidents from World War II might qualify, such as the notorious Petliura Days of Lviv or the massacres of the Jews of Jedwabne. Kristallnacht, the “night of broken glass” that presaged the genocide, is often described as a pogrom.

The word may be borrowed for other purposes — the authoritative Oxford English Dictionary relates a few citations — but they often sound wrong, like dark examples of cultural appropriation. Non-Jewish populations often suffered very similar attacks — Mennonites were horribly brutalized by anarchist bands in Ukraine, for example, and their woes compounded by deeply held pacifist beliefs that prevented self-defense — but pogrom is deeply rooted in Jewish history and narrative, no less than “intifada” is rooted in the Palestinian narrative.

Two of the classic elements of the historical pogrom are sadly present in the streets of some Israeli cities, namely mob violence and Jewish victims. The appearance of central planning, however, is hard to identify, and the term doesn’t account for the fact that the government and law enforcement are predisposed to defend Israel’s Jewish citizens. Historically, pogroms are synonymous with Jewish powerlessness. Is it possible to speak of a pogrom when the state authorities responsible for maintaining public order are Jewish?

As for the use of the term pogrom by the pro-Palestinian side: Is that a fair label, with its ironic connotation that the former victims of pogroms have become its perpetrators? Or a foul appropriation meant to erase Jewish history and “flip the script”?

The debate is similar to the ones over how to describe urban unrest in this country: Are they “race riots”? “Rebellions”? “Police riots”? “Uprisings”?

Perhaps none of this discussion is helpful from a practical standpoint. When neighbors rise up and physically assault each other, especially after decades of peaceful coexistence, perhaps it doesn’t really matter what term we use to describe the violence.

But the language we use shapes our response to a crisis — words matter. From the standpoint of history, naming the violence a pogrom, a riot or an intifada will have implications for how the State of Israel chooses to contain the threat.

is a specialist in Jewish history and thought who currently serves as a dean of Touro College in Brooklyn, New York.
The views and opinions expressed in this article are those of the author and do not necessarily reflect the views of JTA or its parent company, 70 Faces Media. 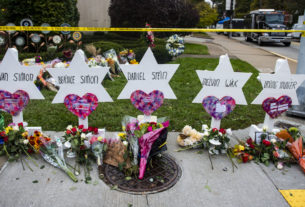 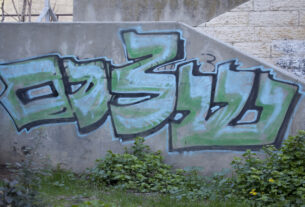 I love Israeli and Hebrew culture, and am committed to Palestinian solidarity. Where’s the group for me? 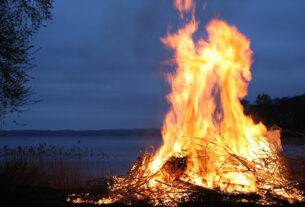 Israelis have turned Lag b’Omer into a nationwide party. Here’s how they celebrate.