Welcome to the first official episode of the Jewish Currents podcast, On the Nose. After a brief conversation about the show’s title, editor-in-chief Arielle Angel, publisher Jacob Plitman, managing editor Nathan Goldman, and assistant editor Mari Cohen discuss the Anti-Defamation League’s recent survey of American Jews about their perceptions and understanding of antisemitism, in the wake of a reported “uptick in antisemitic incidents.” We discuss what it means that the survey suggests American Jews widely conflate anti-Zionism and certain criticisms of Israel with antisemitism. What’s the relationship between claims of antisemitism and feelings of discomfort? How does this misunderstanding relate to the left’s thinking about the authority of subjective experience and the politics of feelings? What can Jewish identity politics teach us about the power and limits of identity politics writ large?

“A Closer Look at the ‘Uptick’ in Antisemitism” by Mari Cohen

“The Collective Work of Abolition” by Claire Schwartz

“How Not to Fight Antisemitism” by Jewish Currents editors

“How not to think like a cop, with Naomi Murakawa” from Time To Say Goodbye

We Do This ‘Til We Free Us: Abolitionist Organizing and Transforming Justice by Mariame Kaba

Meir Kahane: The Public Life and Political Thought of an American Jewish Radical by Shaul Magid 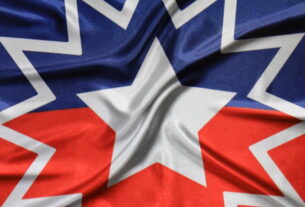 Princeton Students Voted to Boycott Machinery Used by Israel. Proponents of Israel Are Countering with Misinformation. – On and off campus, advocates for Israel have publicized falsehoods about the vote.