It’s been a rough few weeks for the “pro-Israel” establishment, from a pitiful showing at the “No Fear” rally against antisemitism (whose “big tent” excluded non-Zionists), to the release of a Jewish Electorate Institute survey of American Jewish voters showing surprisingly prevelant left-wing attitudes about Israel, to last week’s announcement that Ben & Jerry’s will stop selling ice cream in the occupied Palestinian territories. Editor-in-chief Arielle Angel, culture editor Ari M. Brostoff, assistant editor Mari Cohen, and contributing editor Joshua Leifer discuss these developments, what they suggest about evolving public opinion among American Jews, and what questions they raise about Jewish institutional engagement and political education.

“I helped organize the Washington rally against antisemitism. It wasn’t perfect, but it was necessary” by Elisha Wiesel

“How Zionism complicated a Capitol rally against antisemitism” by Arno Rosenfeld

“No More Slogans” by Bruce Abramson and Jeff Ballabon

“Are 95% of Jews Really Zionists?” by Caroline Morganti

“The Genocide of the Palestinian People: An International and Human Rights Perspective”

“The question of genocide in Palestine, 1948: an exchange between Martin Shaw and Omer Bartov”

“What Happened to IfNotNow?” by Aaron Freedman

“Avodah Considers Stepping Out on Israel/Palestine” by Mari Cohen

Politicide: The Real Legacy of Ariel Sharon by Baruch Kimmerling

The Politics of “Jewface” – Sarah Silverman has come out against the casting of non-Jews in Jewish roles—a stance with a fraught racial history bound up with the legacy of blackface. 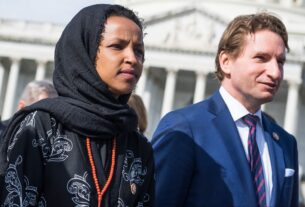 A Brooklyn Rally Against Antisemitism Offers Right-Wing Solutions – After a Jewish man was attacked for wearing an IDF hoodie, demonstrators responded with calls for more cops.