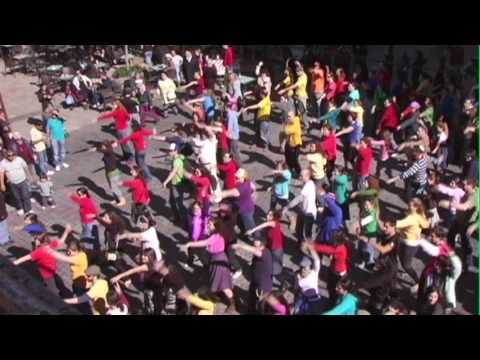 In November 2009, Nefesh B’Nefesh or Jewish Souls United, a nonprofit organization that was established in August 2001, produced a Chanukah flash mob video that to date has registered 1,325,924 views on YouTube. The mob got together on Jerusalem’s Ben Yehuda Street and the dancing and singing was choreographed by an oleh, Marvin Casey.

Since then, Nefesh B’Nefesh has helped bring 36,000 olim to Israel in the decade that ends next week. And since its establishment, by its co-founders Rabbi Yehoshua Fass and Tony Gelbart, the group has brought home 57,000 olim.

“Each individual oleh represents an entire family, community and dynamic life experience which has been forever transformed through aliyah and the fulfillment of centuries of yearning and dreaming for the return to the Jewish homeland,” Rabbi Fass said. “As we watch each oleh grow and build their new lives in Israel, we are extremely proud of what we have accomplished together – and look forward to affecting even more change in North American aliyah in the decade to come.”

Nefesh B’Nefesh was conceived by Rabbi Fass after a family member was killed in a terrorist attack in Israel in March 2001.

Fass told The Jewish Press Online last August (Get Thee Forth To The Land! An Interview with Nefesh B’Nefesh Director Rabbi Yehoshua Fass by Tzvi Fishman): “After my cousin Naftali Lanzkron, z”l, was murdered in a 2001 terrorist bombing in Petah Tikvah, I felt compelled to embark on a personal mission. I was serving as associate rabbi of the Boca Raton Synagogue of Florida at the time, and this loss served to recalibrate my Zionist compass and priorities.”

Fass and Florida businessman and philanthropist Tony Gelbart decided to create an organization that would make it easier for American Jews to make Aliyah.

“One Shabbat afternoon, I took a long walk with a philanthropist and dear friend – Tony Gelbart – during which we discussed some of the challenges facing North American Jews who wish to make aliyah. Together, we developed the idea of an organization that would address these specific challenges,” Fass told The Jewish Press Online.

One year later, in 2002, Nefesh B’Nefesh organized its first chartered Aliyah flight. In November 2005, then Prime Minister Ariel Sharon authorized a budget for the group on a trial basis, and by December 2006, it had brought home 10,000 olim.

“When we first began Nefesh B’Nefesh, we did research and found that there were four main obstacles to making aliyah from North America: employment, bureaucracy, financial burden, and societal integration,” Rabbi Fass said. “Through the various projects and departments we created – such as our employment department, advocacy with governmental offices, post-aliyah social events, telephone hotline, and more – we are constantly working to address and eliminate these barriers.”

“As we watch each oleh grow and build new lives in Israel, we are extremely proud, and look forward to affecting even more change in North American aliyah in the decade to come,” he said.

If this is your first time turning your long-felt desire to come home to Israel into a tangible endeavor, we recommend you visit the Nefesh B’Nefesh Aliyahpedia, a comprehensive compilation of articles with information on every aspect of Aliyah, life as a new Oleh and whatever else you need to know.

Indeed, its clever and useful exploitation of the Internet in all its aspects has distinguished Nefesh B’Nefesh from other aliyah groups. The prospective oleh starts his online communication with the group and can return to it at his or her own pace, moving through the process, page by online page, on their way to making their dream a well thought out and researched reality. 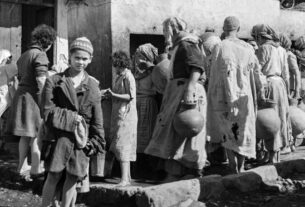 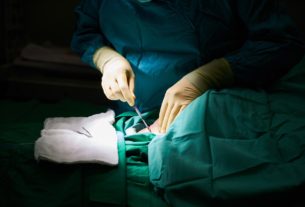 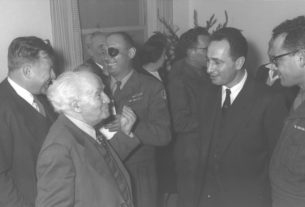