In this week’s parsha we learn of the monumental act of hachnasas orchim that Avrham Avinu performed to the three men passing by his home. There are many details in the service Avraham Avinu offered that had tremendous effects on future generations.

Rav Chaim Shmuelevitz, zt”l, suggests a solution based on the following mashal: We know that a tall mighty tree grows from a small putrid seed. However, the seed alone cannot produce the tree, it needs earth, or soil. And these two components alone cannot either produce a tree, they require water, sun and other nutrients. All of these elements together can produce the tree. It is the same thing in our discussion. The seed for the be’ar Miriam, the mon, and the cloud was planted by Avraham Avinu’s act of chessed. But the seed needed watering, sun, etc. That was Moshe, Aharon and Miriam righteousness that nurtured the seed that Avraham Avinu planted and brought it out into the existence of the be’ar Miriam, the mon, and the cloud of glory.

Similarly, we find that when Noach’s sons Shem and Yafes walked backward and covered their father with a cloak (Beraishis 9:23) Chazal tell us that the descendants of Shem, who was more involved in this act, merited the mitzvah of tzitzis. The Mizrachi asks that the Gemara in Chullin 89a says that the reason why Avraham Avinu’s descendants merited the mitzvah of tzitzis was because Avraham said to the king of Sedom, “If I would take so much as a string or a shoe strap.” Apparently, Avraham did his own righteous act which bequeathed the mitzvah to his progenies. Why do Chazal say that it was because of what Shem did?

We can also ask, why is it that only the descendants of Avraham merited the mitzvah of tzitzis, when Shem had many other descendants? The answer to both questions is as we answered above. Shem planted a seed. Seeds need to be cultivated and nurtured. Since only Avraham nurtured the seed by performing his own act that furthered the growth, only Avraham’s progeny merited the mitzvah of tzitzis.

This is a powerful concept. We see that due to the enormous actions of our forefathers and all the great generations that preceded us, it is much easier for us to merit positive things. Our actions are not being done in a vacuum; they are standing on great shoulders. When we perform acts of kindness or other good deeds, we are further cultivating and nurturing the seeds that our forefathers and previous generations planted already for us, which in many cases are already fully-grown trees. But we should also realize that there may also still be seeds waiting to be cultivated. We are not starting from scratch in the least, rather when we serve Hashem it is built upon strong foundations of generations dating back to our forefathers. This realization should encourage us to continue to strive in our avodas Hashem and God willing make us all better servants of Him. 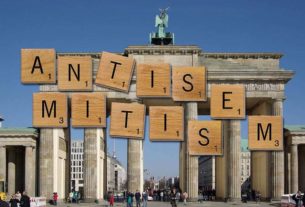 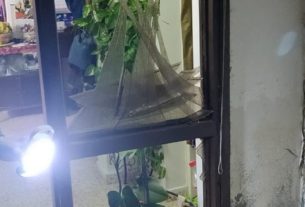 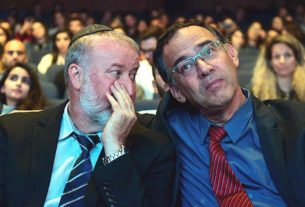