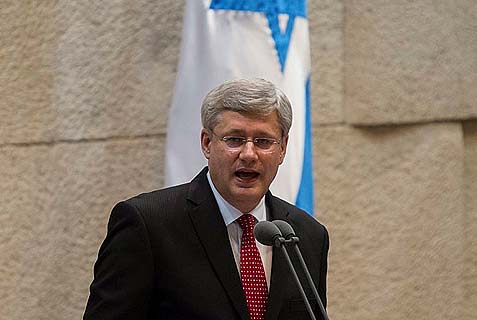 For Jews everywhere, this has been a depressing year – with antisemitic and anti-Israel activity on the rise.

There were even several shooting attacks on Jewish institutions around the world over the last 12 months, in Pittsburgh and Poway in the US, and Halle in Germany.

As a result, the Jewish Agency is reporting a huge spike in requests to secure Jewish centers around the world. It estimates that over the next year $4 million will be needed to upgrade security in Jewish communities in 40 different countries.

In Sweden, for example, antisemitic hate crimes rose by 53% to all-time high, including 280 attacks in 2018. Overall, the number of racist assaults in that country jumped 69% since 2016.

Israel’s Strategic Affairs Ministry published a report last month which documents more than 100 examples of global BDS activity (boycott, divestment and sanctions initiatives against Israel) where the BDS efforts clearly qualify as antisemitic in tone and effect. This includes brute intimidation of and discrimination against Jewish (and Israeli) students on Western campuses.

FORTUNATELY, there is brave pushback underway, indicating that many wise observers worldwide understand the treacherous implications for Western society of any growth in virulently anti-Israel sentiment and expression, as well as raw antisemitism.

Indeed, the German Bundestag has condemned BDS’s “methods and motives” as antisemitic. Even the UN’s Special Rapporteur on Freedom of Religion or Belief (Ahmed Shaheed of the Maldives) noted in a report to the UN Human Rights Council that “there is an alarming rise in antisemitism of the extreme left, in which individuals claiming to hold anti-racist and anti-imperialist views use antisemitic narratives or tropes in the course of expressing anger at the policies or practices of the Government of Israel.”

In a landmark anti-BDS ruling this week, Israel’s High Court of Justice sanctioned the deportation from Israel of Omar Shakir, the local director of “Human Rights Watch,” after it determined that Shakir had supported boycott activity that grossly and broadly delegitimized Israel.

In an important move in June, the Government of Canada adopted the International Holocaust Remembrance Alliance’s (IHRA) definition of antisemitism as part of its anti-racism strategy. Hopefully, other countries will follow suit.

The IHRA definition explicitly recognizes that anti-Zionism – the delegitimization and demonization of the Jewish state – is a clear and unequivocal expression of antisemitism. According to the IHRA definition, Jew hatred includes applying antisemitic slurs to Israel, denying the Jewish people’s legitimate right to self-determination, accusing Israelis of blood libels, and holding Israel to double standards.

Canadian Prime Minister Justin Trudeau has offered full throat rejection of BDS too, telling students at Brock University in January that BDS runs “against Canadian values,” and that targeting Israel for BDS was a form of antisemitism. In an earlier speech in parliament, he noted that “Jewish students still feel unwelcome and uncomfortable on some of our college and university campuses because of BDS-related intimidation.”

THIS WEEK, we enjoyed another reminder that there are many righteous non-Jews around the world who embrace and admire Israel, and who stand tall in combating BDS and all manifestations of antisemitism.

I’m referring specifically to former Canadian Prime Minister Stephen Harper, who visited Israel for the dedication of a JNF-KKL visitors center in the Hula Valley, named in his honor.

In a stirring address in Jerusalem on Tuesday, Harper declared his faith in Israel “as a beacon of freedom, innovation, culture, and security in the most troubled and dangerous part of the world.”

He went on to acknowledge that, alas, “Israel continues to be attacked by those who propagate the fanatic ideology of antisemitism in its many forms.”

But Harper proceeded to declare that “while I must tell you that I am saddened to admit and to see that such hatred is again on the rise in the world, let me also assure you that there are millions of people in my country, Canada, not of Jewish faith or background, just as there are hundreds of millions more around the world, who join us in our admiration of all that Israel has accomplished.”

Indeed, throughout his long tenure as Canadian prime minister and ever since leaving office too, Harper has challenged the world not to be complicit in the assault on Israel.

In his historic January 2014 speech to the Knesset, Harper spoke about the “twisted logic and outright malice” behind BDS.

“In the world of diplomacy,” Harper said, “with one, solitary, Jewish state and scores of others, it is all too easy ‘to go along to get along’ and single out Israel. But such ‘going along to get along,’ is not a ‘balanced’ approach, nor a ‘sophisticated’ one; it is, quite simply, weak and wrong. Unfortunately, we live in a world where that kind of moral relativism runs rampant. And in the garden of such moral relativism, the seeds of much more sinister notions can be easily planted.”

“Think about this: A state, based on freedom, democracy and the rule of law, that was founded so Jews can flourish, as Jews, and seek shelter from the shadow of the worst racist experiment in history, is condemned, and that condemnation is masked in the language of anti-racism. It is nothing short of sickening.”

Harper continued: “In much of the Western world, the old hatred, crude antisemitism, has been translated into more sophisticated language for use in polite society. People who would never say they hate and blame the Jews for their own failings or the problems of the world, instead declare their hatred of Israel and blame the only Jewish state for the problems of the Middle East.”

And in this ugly environment, Harper emphatically concluded, “support today for the Jewish State of Israel is more than a moral imperative. It is also of strategic importance, a matter of our own long-term interests.” As a result, Harper said, “I refuse to single out Israel for criticism on the international stage,” and he insisted that “through fire and water Canada will stand by Israel!”

Harper’s bold words and actions, then and now, indeed provide hope that indeed there are many decent people who view the Jewish return to the Land of Israel as a just, meta-historic and ultimately uplifting drama; and who will not bow to the Orwellian twisting of language and history that habitually pertains to Israel these days. 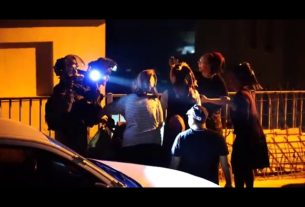 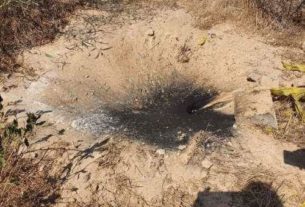 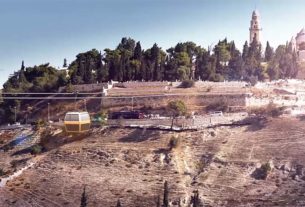