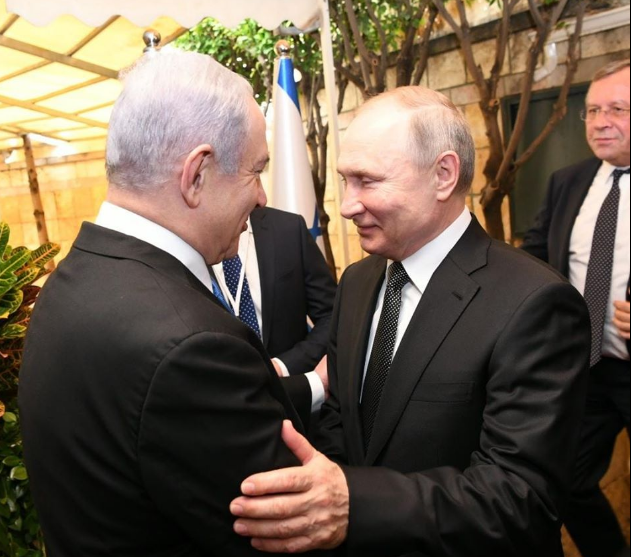 Police close off Highway 1, connecting Jerusalem and Tel Aviv, as some 40 world leaders arrive in the capital to issue a rallying cry in a fight against anti-Semitism during the 2-day event marking the 75th anniversary of the Auschwitz liberation

Police closed off to traffic Highway 1, the main highway connecting Tel Aviv and Jerusalem, as dozens of world leaders descended upon Jerusalem.

Putin arrived on Thursday at the Prime Minister’s Residence in Jerusalem, where he met with Benjamin Netanyahu, as well as with Yaffe Issachar, whose daughter Naama is serving seven and a half years in prison for holding a minimal amount of drug.

Putin and a number of leaders from around the world came to participate in the International Holocaust Forum at Yad Vashem. Netanyahu said: “I would like to welcome our great friend Russian President Vladimir Putin. Sarah and I are delighted to host you again at our home here in Jerusalem and to thank you for the strong relationship between Russia and Israel that serves our peoples, our countries and peace and stability in the region. Welcome to Jerusalem. 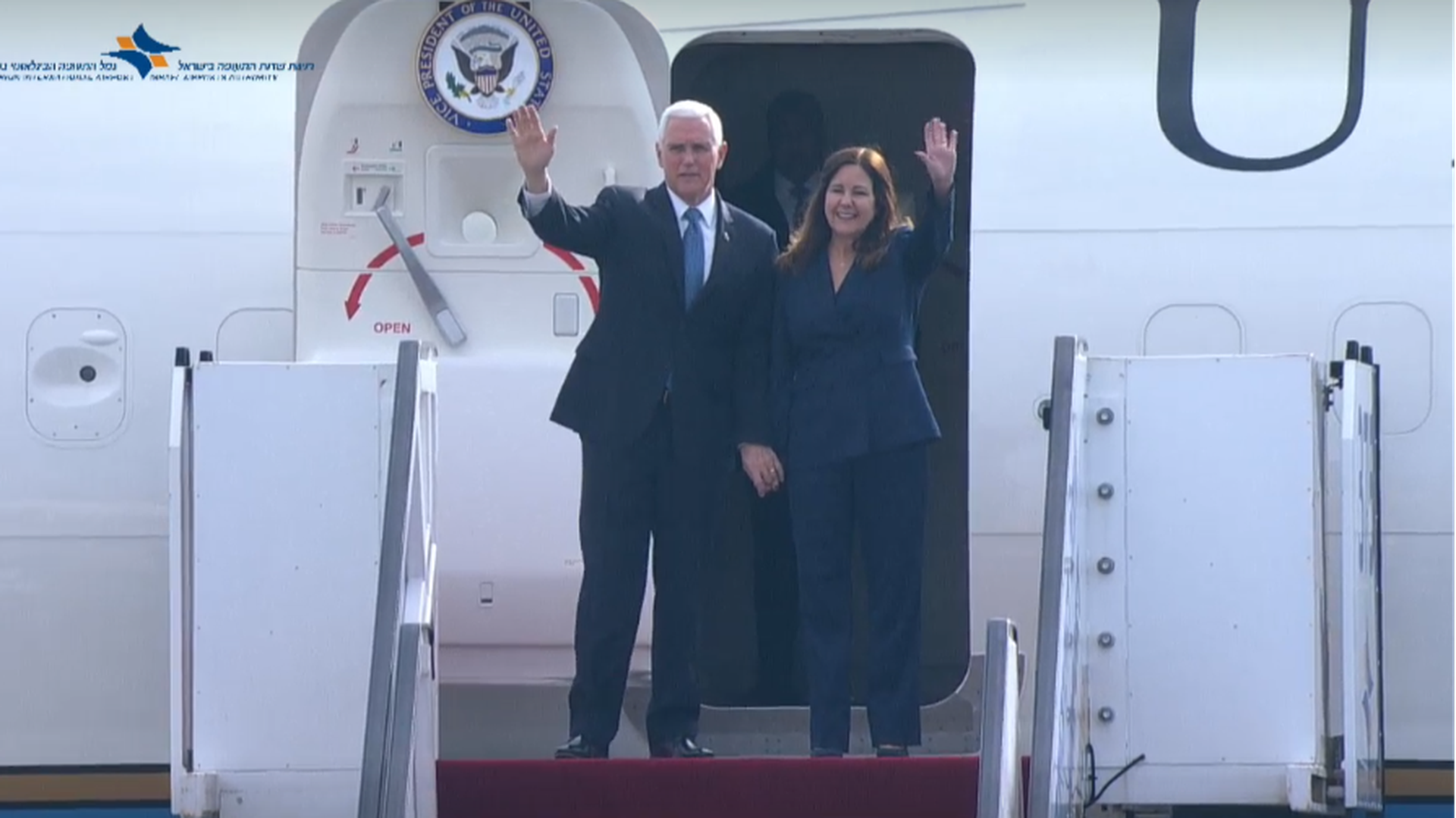 Putin replied: “I want to thank you for the invitation to come. We work regularly with the Prime Minister. I’m sure it will help advance our bilateral relationship, and of course today we are reminiscent of Holocaust victims. ”

French President Emmanuel Macron and Britain’s Prince Charles – who arrived on Wednesday – as well as the presidents of Germany, Italy, and Austria, were among the more than 40 dignitaries attending the World Holocaust Forum, which coincides with the 75th anniversary of the liberation of the Auschwitz death camp.

The three-hour-long event at Jerusalem’s Yad Vashem Holocaust memorial – called “Remembering the Holocaust: Fighting Antisemitism”  – looks to project a united front in commemorating the genocide of European Jewry amid a global spike in anti-Jewish violence in the continent and around the world.

But the unresolved remnants of World War II’s politics have permeated the solemn assembly over the differing historical narratives of various players. Poland’s president, who’s been criticized for his own wartime revisionism, has boycotted the gathering since he wasn’t invited to speak while Putin was granted a central role even as he leads a campaign to play down the Soviet Union’s pre-war pact with the Nazis and shift responsibility for the war’s outbreak on Poland, which was invaded in 1939 to start the fighting.
On the eve of the gathering, President Reuven Rivlin implored world leaders assembled for a dinner at his official residence to “leave history for the historians. The role of political leaders, of all of us, is to shape the future,” he said. 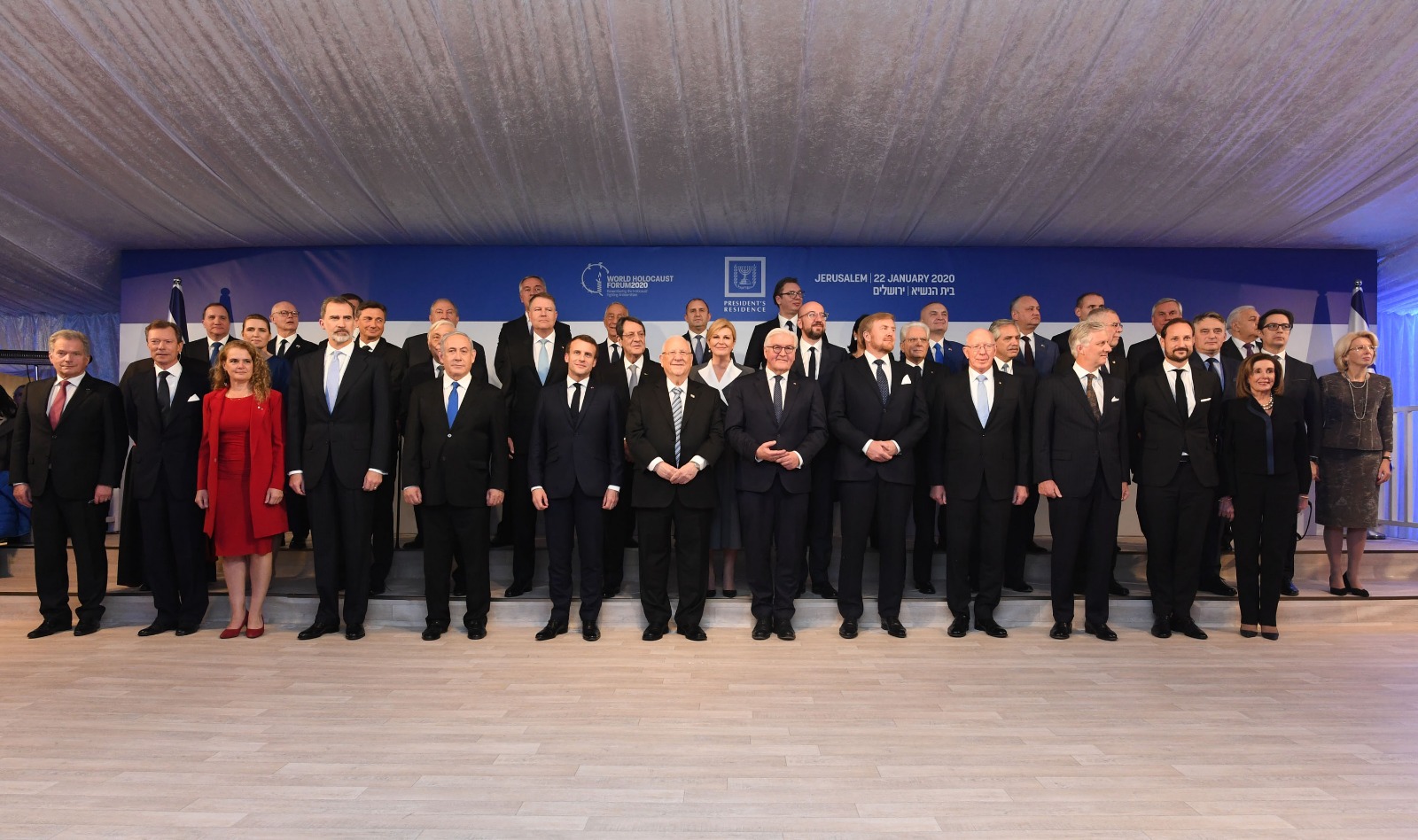 The event marks one of the largest political gatherings in Israeli history, as a cascade of delegations including European presidents, prime ministers and royals, as well as American, Canadian and Australian representatives, arrived at Ben-Gurion Airport. More than 10,000 police officers were deployed in Jerusalem and major highways and large parts of the city were shut down ahead of the event.

For Prime Minister Benjamin Netanyahu it offered another opportunity to solidify Israel’s diplomatic standing and boost his profile as he seeks re-election on March 2. He was hoping to use his meetings with world leaders to bolster his tough line toward Iran and rally opposition to a looming war crimes case against Israel in the International Criminal Court.

“Iran openly declares every day that it wants to wipe Israel off the face of the earth,” he told Christian broadcaster TBN. “I think the lesson of Auschwitz is, one, stop bad things when they’re small … and, second, understand that the Jews will never ever again be defenseless in the face of those who want to destroy them.” 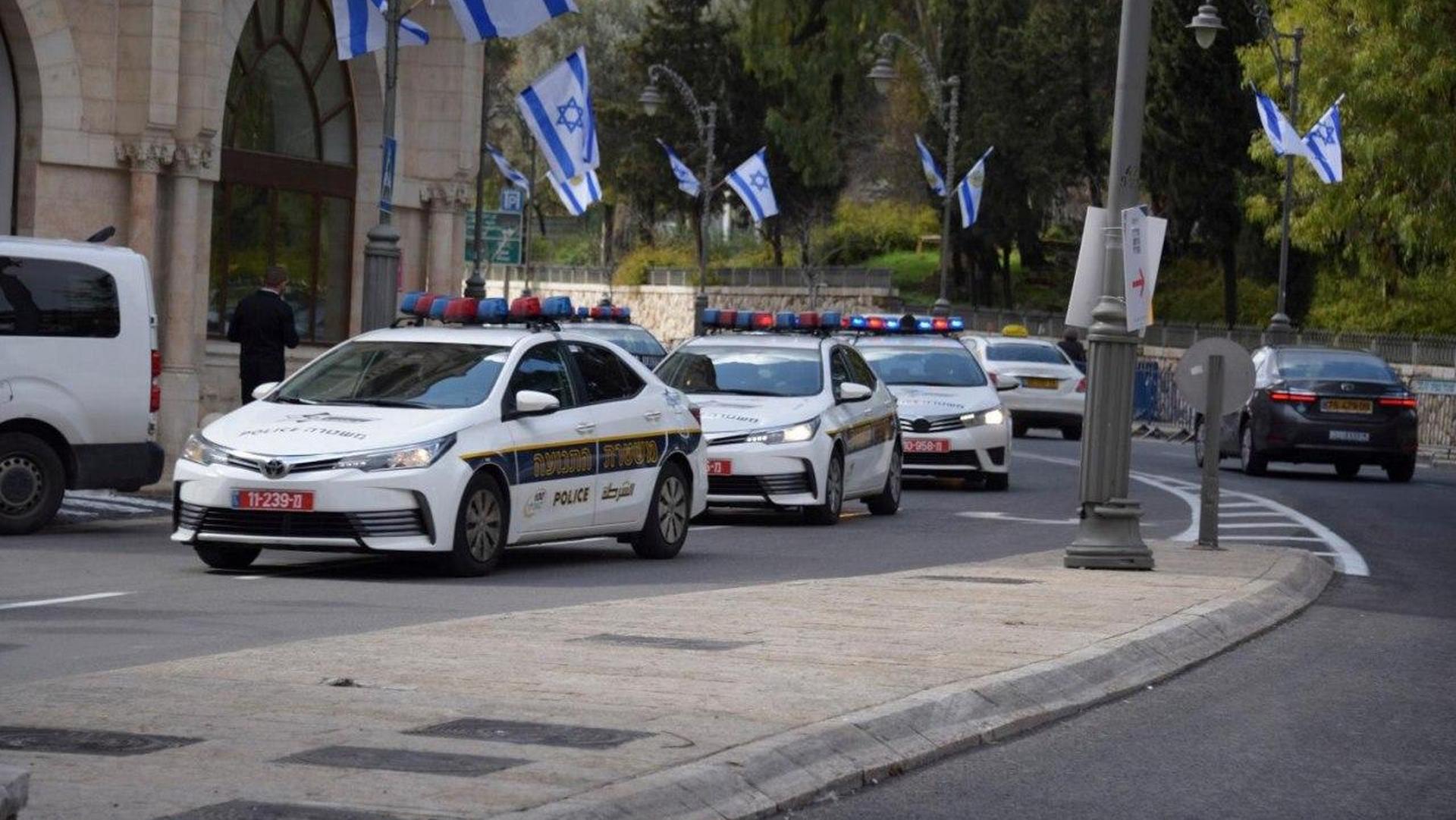 For historians, though, the main message is one of education amid growing signs of ignorance and indifference to the Holocaust. A comprehensive survey released this week by the Claims Conference, a Jewish organization responsible for negotiating compensation for victims of Nazi persecution, found that most people in France did not know that 6 million Jews were killed during World War II. Among millennials, 45% said they were unaware of French collaboration with the Nazi regime and 25% said they weren’t even sure they had heard of the Holocaust.

The World Holocaust Forum is the brainchild of Moshe Kantor, the president of the European Jewish Congress, an umbrella group representing Jewish communities across Europe. The group recently reported that 80% of European Jews feel unsafe in the continent.

Kantor established the World Holocaust Forum Foundation in 2005 and it has held forums before in Auschwitz, the Ukrainian killing fields of Babi Yar and at the former concentration camp Terezin. Thursday’s event is the first time it is convening in Israel. The official commemoration marking the 75th anniversary of Auschwitz’s liberation will be held next week at the site itself in southern Poland.

Tel Aviv University researchers reported last year that violent attacks against Jews grew significantly in 2018, with the largest reported number of Jews killed in anti-Semitic acts in decades. They recorded 400 cases, with the spike most dramatic in Western Europe. 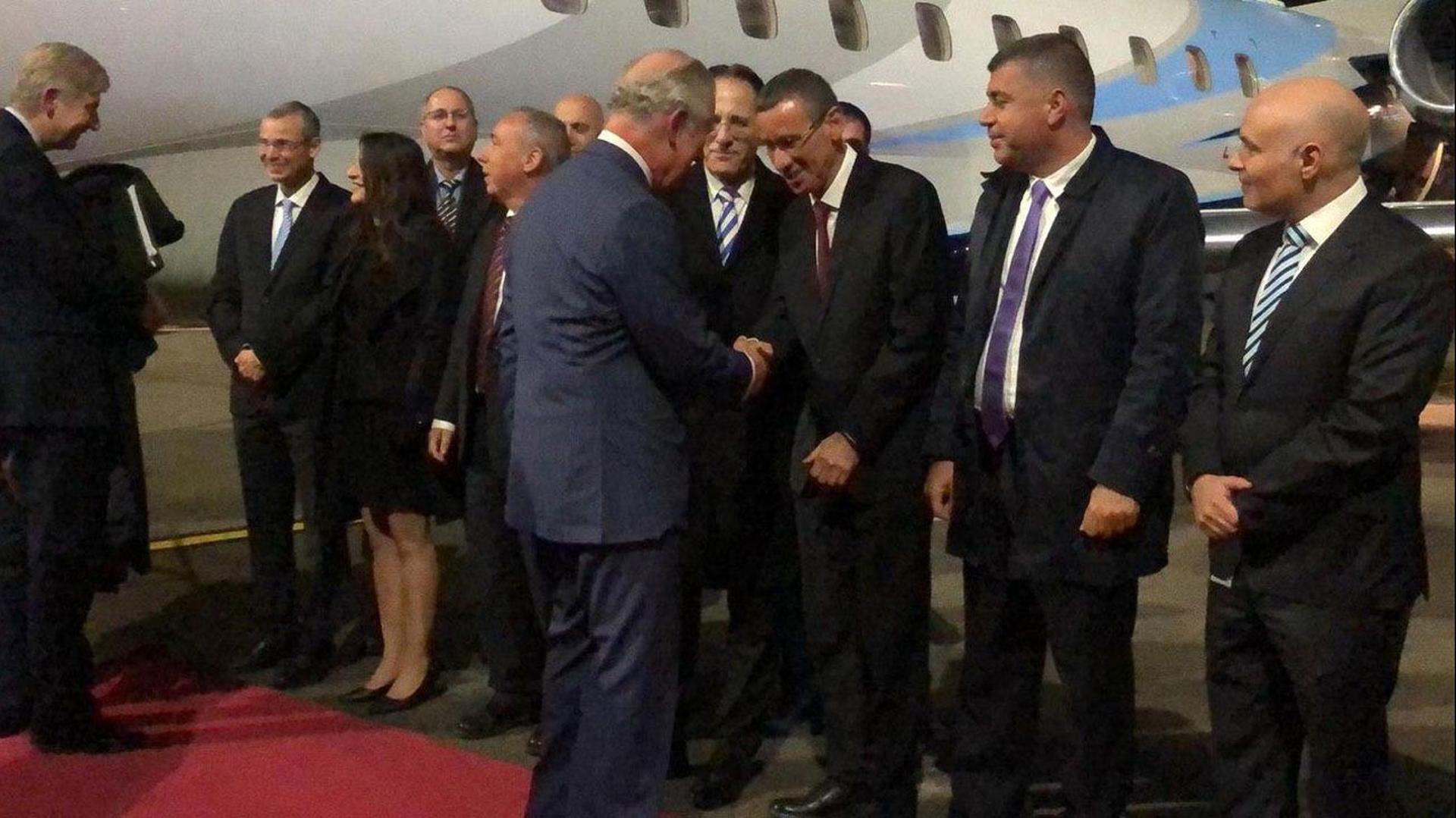 In Germany, for instance, there was a 70% increase in anti-Semitic violence. In addition to the shooting attacks, assaults and vandalism, the research also noted increased anti-Semitic vitriol online and in newspapers, as extremist political parties grew in power in several countries.

In advance of the forum, an anthology of statements from world leaders sending delegations to Jerusalem was published to project a newfound commitment to quelling a climate some said was reminiscent of that before World War II.

“I express my fervent hope that by continued vigilance and positive education, the iniquities perpetrated during one of the darkest periods in our history will be eliminated from the face of the earth,” Pope Francis wrote.

Canadian Prime Minister Justin Trudeau specifically mentioned “the scourge of antisemitism and hatred that is becoming all too common once again.”

“The murder of six million Jews by the brutal and antisemitic Nazi regime started with a slow erosion of rights, and the normalization of discrimination,” he wrote. “We cannot permit the passage of time to diminish our resolve never to allow such horrors to happen again.” 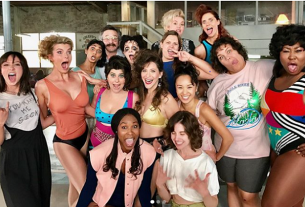 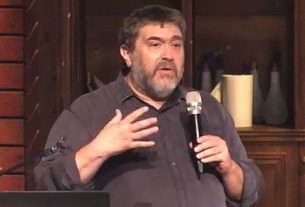 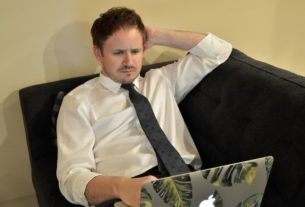 What are your Financial Options if your Business is Struggling?