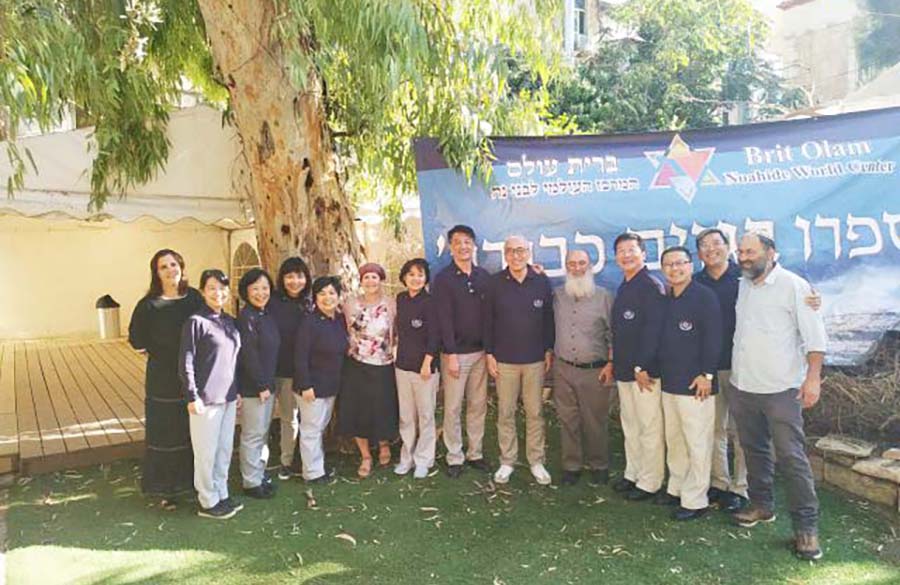 Two weeks ago, with the approach of Parshat Noach, the Brit Olam World Noahide Center, founded in 2011, announced the completion of a Shulchan Aruch for Bnei Noach, written by the organization’s director, Rabbi Ouri Sherki.

The Algerian-born Rabbi Sherki is also a senior lecturer at Machon Meir, head of the Beit Yehuda congregation in Jerusalem, and the author of several works, including commentaries on the Kuzari and Mesillas Yesharim.

The Jewish Press: Before we get to the new Shulchan Aruch, why did you decide to establish the Brit Olam Noahide World Center?

Rabbi Sherki: One of the principle tasks of Am Yisrael is to be a light unto the nations. The Jewish people have been blessed with special talent – prophecy – which enables us to be in close connection with Hashem and to receive and disseminate His teachings to mankind. We were Divinely chosen to communicate the word of Hashem to the world ever since Avraham.

King David exhorts us to “tell His glory amongst the nations.” This mission culminates in the prophecy of Isaiah, when the nations shall come to Jerusalem to learn the ways of the G-d. Interestingly, it is the gentiles who say, “For out of Zion shall go forth the Torah, and the Word of the L-rd out of Jerusalem.”

Already today, we see a growing interest in Judaism throughout the world. The Brit Olam Organization was established to meet this growing thirst for Hashem. Practically, it means teaching the sons of Noach the Seven Mitzvot and helping them in their desire to come closer to Hashem. For instance, a few years ago, we published a special prayer book for Bnei Noach, which we have distributed to the many Bnei Noach communities throughout the world.

In this siddur, there are prayers for Shabbat and even a Hagaddah. Does that mean Bnei Noach are allowed to fulfill all the mitzvot?

Only a person who has accepted the seven mitzvot, and the fact they derive from the Torah of Am Yisrael, is allowed to fulfill other commandments as well. The Rambam – in the Laws of Kings, Chapter 10 – discusses this matter.

For a gentile who has not accepted the commandment not to murder – what good will it do him to wave a lulav?

Who is considered a Noahide?

The term Bnei Noach refers to a specific personality who is drawn to the values of Judaism and decides to take on the sheva mitzvot Bnei Noach.”

These people are characterized by a search for transcendence; they wish to find spiritual meaning in their lives. There are outstanding individuals in every nation who are capable of breaking through the material barrier of the world.

In accepting the seven commandments, and Israel as G-d’s conduit to the nations, the Bnei Noach attains the spiritual elevation and harmony he seeks. While, in a general historical sense, all gentiles could be considered to be the Sons of Noach, only about 30,000 people identify themselves as committed Bnei Noach.

We try to reach them all and help others who seek to make a more genuine connection to Hashem.

What’s the source of the seven commandments?

They’re listed in the Talmud (Sanhedrin 56a). The authority of these laws derives from Bereshit 2:16. They were given again to the nations of the world through the teachings of Moses at Marah.

If a Christian wants to become a Bnei Noach, does he or she have to abandon Christianity?

The person has to give up the notion of a human deity, to embrace the truth of a one and only G-d, and accept the supreme spiritual authority of Judaism.

You have just completed a Shulchan Aruch for Bnei Noach. What need is there for such a comprehensive work?

It isn’t enough to merely know the seven mitzvot. They must be understood in order to encourage their performance. There are many details to each commandment and many offshoots. For instance, the command not to murder. While the prohibition against murder is readily understandable to everyone, what about the prohibition against embarrassing someone in public, which is also considered a form of murder?

Another example is the prohibition against cursing Hashem. Part of this is the opposite – the obligation to praise Hashem for His goodness in various blessings and Birchat HaMazon. In this expansive manner, the book introduces Bnei Noach to an encompassing spectrum of Jewish belief and practice.

Other books about the seven mitzvot have been published, but through contact with hundreds of Bnei Noach, we discovered there was a need for a guide that explained things in a modern way for people who had no previous exposure to Judaism – clearly and concisely.

The terminology of the yeshiva world and halacha is foreign to them. I chose an almost secular style in elucidating the laws and their ramifications in perfecting human society. I also endeavored to expose readers to the universal Jewish philosophies behind the laws, to show readers how man’s acceptance and performance of the seven mitzvot influences all of entire creation, not merely their own lives.

If someone is already willing to do the seven mitzvot with their details and offshoots, why not teach him the whole Torah?

Hashem created different types of people with different affinities. Physicians have to know general medicine, but not every medical student has to specialize in brain surgery. In the same way, not everyone is designed to adopt all of the Torah.

Earlier you said that there’s a growing worldwide interest in Judaism. What’s the cause of this interest?

The biggest factor is the incredible development of the State of Israel. For gentiles the world over, the revival of Am Yisrael in Eretz Yisrael has great spiritual significance. Coupled with this is the general malaise of modern civilization. In darkening times, people search for light. This brings them to the seven mitzvot.

The Brit Olam organization is in contact with thousands of Bnei Noach who seek spiritual and halachic guidance. We hear of new communities of Bnei Noach forming on every continent. Every day, people appear before a beit din to officially accept the status of Bnei Noach….

The redemption of Am Yisrael leads the way to tikun olam, not just for the Jews, but for the whole world. All of the wondrous technical advances we are experiencing in our time – air travel, the Internet, international Skype phone calls, and the like – are all part of Israel’s redemption, speeding the world to material and spiritual perfection.

The Zohar predicted that toward the end of days, Hashem, in His love for the world, would open the gates of chochmah – a phenomena that we are experiencing today.

With so many Jews still distant from Torah, wouldn’t it be more worthwhile teaching Jews rather than gentiles?

Second, the reason many Jews are disconnected from Torah is because Judaism doesn’t seem relevant to them. When Judaism is explained in its universal light, people become interested in hearing more, and that is what causes them to return.

Finally, gentiles becoming enthused about Judaism stirs Jews to take notice, as King David teaches [in the Shir HaMaalos we say before bentching], “Then it was said amongst the nations, ‘The L-rd has done great things for them.’” Only then, after the gentiles recognize our special connection to Hashem, do we say [in the following verse], “The L-rd has done great things for us.” 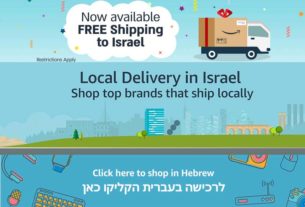 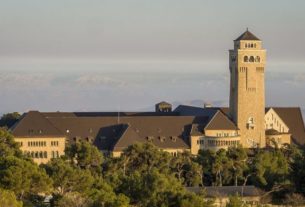 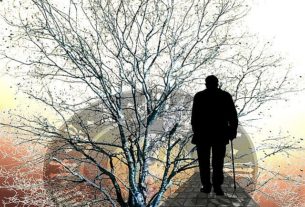