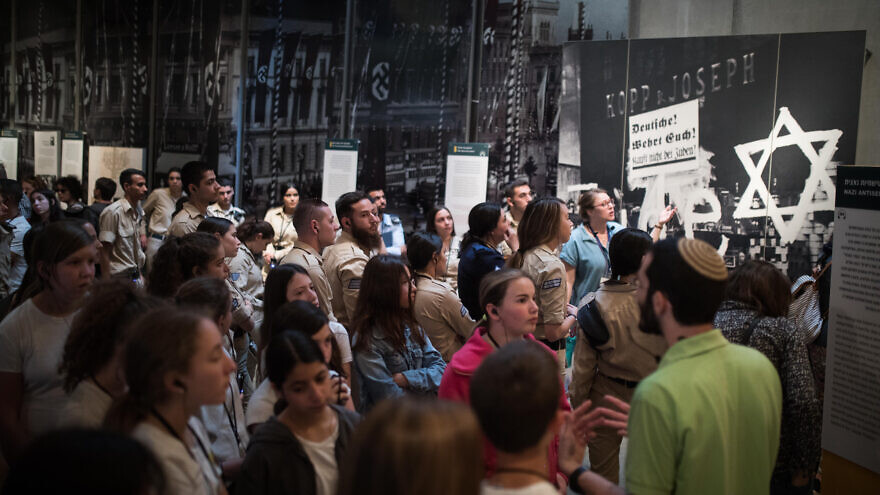 At Yad Vashem in Jerusalem on Jan. 23, some 46 political leaders and royals, including Britain’s Prince Charles, will be attending the fifth World Holocaust Forum to commemorate Holocaust Remembrance Day and the 75th anniversary of the liberation of Auschwitz.

At this and doubtless other such memorial events, many eloquent, important and heartfelt observations will be made about the evils of Nazism and Jew-hatred. In today’s climate, however, there’s something disquieting about such memorializing.

Given the eruption of physical and verbal attacks on Jews in Britain, America and Europe, it might be said that it’s never been so important to remember the horrors of the Holocaust.

But the West is now teeming with Holocaust memorials and museums, while schools have been imparting Holocaust education since the 1980s. And yet never since the defeat of Nazism has there been such an epidemic of Jew-hatred in Western society.

Moreover, some of the countries that will be represented at Yad Vashem support people who want to kill Jews. They fund the Palestinians, who pump out murderous anti-Jewish and anti-Israel incitement.

Some of these countries have also turned a blind eye for years to the Iranian regime’s genocidal agenda towards Israel and the Jewish diaspora, and have even been trying to continue to funnel billions of dollars into Iran in defiance of U.S. sanctions.

To put it bluntly, it might appear that while the West beats its collective breast over dead Jews, it is largely indifferent to the mortal threats currently posed to the living ones.

At the very least, it’s clear that all this Holocaust memorializing and education hasn’t put anti-Semitism back in its putrid box.

Indeed, such Jew-hatred is propagated most perversely among liberals, who constantly flaunt their anti-racist and anti-Nazi credentials.

Without wishing to exaggerate one factor behind a complex phenomenon, this points at least in part to profound flaws in the way the West has talked to itself about the Holocaust.

In 2016, University College London’s Centre for Holocaust Education concluded a three-year study of high-school students in England, where the Holocaust is the only compulsory subject on the national history curriculum. Although the vast majority of students said they wanted to learn about it to stop something similar happening again, there were disturbing gaps in their knowledge.

Many didn’t understand who the Nazis were or that they had collaborators in other regimes, or had any idea how many Jews were even murdered.

While the majority knew that Jews were the primary victims, they had little understanding of why they were persecuted. Worse, they themselves came up with anti-Jewish stereotypes, with a number of them referring to the Jews as a single group, being “rich” or “having power,” and therefore being perceived as a threat.

Such disturbing findings are not merely due to inadequacies in the way the issue is taught, but result from more fundamental flaws. For the history of the Holocaust has been appropriated to service a number of different agendas.

In Poland, politicians and other authorities present the indigenous Poles as equal victims of the Holocaust, ignoring or denying the part played by Poles in atrocities against the Jews before, during and after the Nazi period.

In Britain, researchers say the Holocaust is often taught in a self-congratulatory way that focuses on the country’s role in defeating Nazism, while failing to mention that it also barred the Jews in Nazi Europe from taking refuge in Palestine—a policy running counter to Britain’s legal obligations at the time.

Holocaust education has also been used to promote a dangerous moral and cultural relativism. It is credited with sensitizing children to harmful cultural stereotypes, intolerance and dehumanization. But its implicit message is that anyone is capable of such evil.

As a result, the Holocaust tends to be bracketed with other mass slaughters. According to Mike Levy, a Holocaust educator in Cambridge, England, there is “an atmosphere of fatigue in the air when it comes to talking about the Holocaust,” with students and teachers wanting to “learn more about other genocides” and thus contextualize it. He wrote: “Children need to be taught that there is not a competition about which genocide is worse.”

As the eminent Holocaust scholar Professor Yehuda Bauer has said: “The Holocaust is too often turned into vague lessons of the danger of hatred or prejudice at the expense of really trying to understand the reasons and motivations for the genocide.”

Consequently, the view developed that anyone can be a Nazi, and that there was nothing special about Jewish victimization. And from that point, it’s been but a short step to the false and malevolent view—heard over and over again—that the Jews of Israel have ended up doing to the Palestinians what was done to them.

It’s not just Israel that’s falling foul of this false equivalence. Anyone who contradicts received liberal wisdom is likely to be called a fascist or Nazi. These have become casual terms of abuse—weapons of character assassination to silence people with dissenting views by labeling them falsely not just as wrong-headed, but as evil.

On the other side of the political spectrum, accusations of “Nazism” and “fascism” have abounded against federal authorities for their treatment of children separated from their parents at the U.S. border with Mexico.

“Remember, other governments put kids in camps,” is a typical rallying cry from such quarters. A former head of the CIA, tweeting criticism of policies towards illegal migrants, even used a historical photo of the train tracks leading to Auschwitz.

Such morally bankrupt relativism is bound up with a failure to understand the uniqueness both of the Jewish people and the anti-Semitism that has dogged them since earliest times.

It’s clear that the educational focus should not have been on the Holocaust, but on the culture it set out to exterminate. The West should have taught itself about the Jewish people and their history. That would have been the correct way to contextualize the Holocaust.

Of course, it’s unarguable that all kinds of people are capable of doing terrible things to others. History gives us innumerable examples, and there is no shortage of these today.

But the Nazi genocide of the Jews was unique because German Nazism was unique. Its main driver was not racism, as people call it today, nor hatred of “the other,” nor its dehumanizing view of certain groups in society—a view the Nazis shared with much progressive Western opinion in the 19th and early 20th centuries.

The core of German Nazism was instead its anti-Semitism—its paranoid and deranged view of the Jewish people as an evil conspiracy of positively supernatural proportions, which therefore had to be wiped off the face of the earth.

This is not replicable or recognizable in any other form of prejudice, bigotry or hatred. It was, and is, reserved against the Jews alone.

Unless Jew-hatred is recognized for the unique phenomenon that it is—and unless the West’s children are taught the history of the Jewish people and its contribution to civilization—neither Holocaust memorials, museums nor education materials will teach them the true meaning of “never again.” 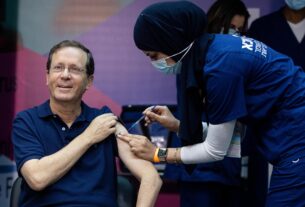 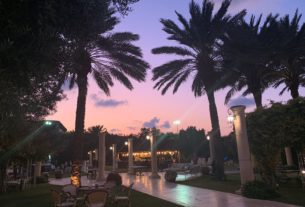 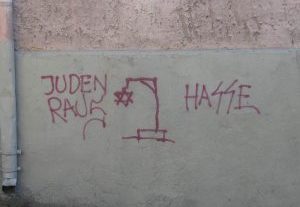