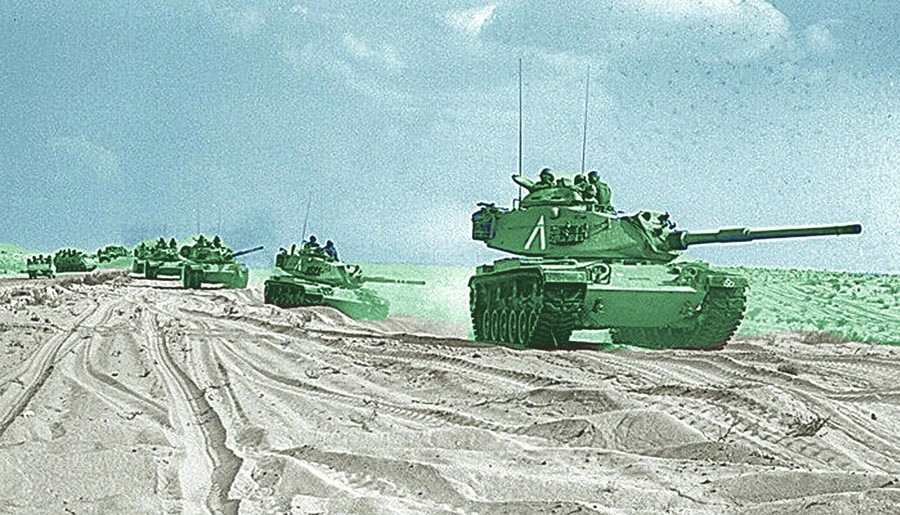 The trauma of the Yom Kippur War still haunts Israel. Eyewitness accounts – both tragic and heroic – fill the media as Yom Kippur approaches.

Rabbi Elchanan Ben Nun, rosh yeshiva of Beit Orot, was a 24-year-old IDF reserve soldier in 1973 and, immediately following the war’s conclusion, recorded his memories, which later became the basis of the bestselling book, Adjusting Sights, by Rabbi Haim Sabato.

Today, at age 70, the former tankist is retiring as the rabbi of the settlement of Shilo, a position he has held for 40 years.

The Jewish Press: What made you decide to put your memories down on paper?

Rabbi Ben Nun: I witnessed giant things, and I wanted to record them. I didn’t write anything during the battles. There wasn’t any time.

I described the events as they happened, with no accompanying commentary or personal opinions. The masirut nefesh and bravery of the soldiers were so larger than life that I didn’t feel I had to add anything more.

Where were you when the Yom Kippur War began?

I was the chazzan for Mussaf on Kibbutz Rosh Tzurim. We didn’t learn about the war until the evening. The news was very vague. The Egyptians were attacking in Sinai, and the Syrians in the Golan. Nothing more.

I received a call-up order and made my way to my base up north where everything was a total balagan. Nothing was ready – not our uniforms and not our tanks. I was trained as a driver. No one knew what was happening. The warehouse lacked the amount of supplies needed for the troops, and the tanks hadn’t been serviced in months.

The scene was like the Machane Yehuda Market on Friday morning. Everyone shouted out what he needed. Instead of bananas and strawberries, soldiers traded rockets, grenades, and rifles with each other. All the while in the sky, about the Golan, we could see flashes of explosions and smoke, but we didn’t know what was happening.

People speak about the great miracles of the Six-Day War, but the miracles of the Yom Kippur War were even greater. Just the fact that we assembled a fighting force was a miracle from heaven. It was like David, armed with a pebble, striding forth to meet Goliath.

What was your first battle encounter?

We left Rosh Pina before midnight. All of the tank transporters had been moved to the Sinai, so we traveled along the highway in our treads. We stopped when we reached the Binot Yaacov Bridge which transverses the Yarden River on the way toward Quneitra and Damascus. The bridge had great strategic importance since it was one of the only bridges wide enough for tanks to cross.

I couldn’t see what was going on because in times of war, the driver’s hatch is shut, so I could only see through the periscope. We learned later that the army command debated whether to blow up the bridge or not after we crossed. Keeping the bridge intact would allow Israeli civilians and troops on the northern Heights to retreat if need be. But it would also allow the advancing Syrians ready passage into the Galilee.

We received orders to cross and intercept any Syrian tank force heading toward the bridge so that it wouldn’t have to be destroyed.

The Rambam writes that a soldier should focus on the battle and not think about his wife and family at home. In a tank, during battles, the gunner, loader, and navigator/commander don’t have a free moment. If the tank is stationed in one position, the driver sits and waits for orders. I said a lot of Tehillim.

Before we reached Tzahal’s main base in the Central Golan, known as Nafach, we had our first encounter. We were a force of three tanks. Two dozen Syrian tanks were waiting to greet us some 400 meters away. An Israeli nagmash armored vehicle filled with soldiers was blown to pieces by their shelling.

The tank to my left took a direct blow. Two tankists were killed. Two others made their way wounded to our tank, but we couldn’t stop to help them, so they fled on foot to the base. The tank to my right, with our group commander, suddenly had an electrical problem and had to be abandoned.

We ascended a hill and opened fire alone. For several hours, constantly changing our position, forward and reversing, ascending hills and descending, our lone tank exchanged fire with the enemy. Baruch Hashem, our gunner had siyata dishmaya and managed to neutralize 16 Syrian tanks. The remaining enemy tanks retreated.

Was your tank able to communicate with others?

Here and there, we were given a direction or heard a terse report. I had no idea what was happening around us.

Did you receive air support?

Nothing. All our fighter planes were in the Sinai where our forces were taking a heavy beating.

We kept fighting in what later became known as the Battle of the Valley of Tears. The Syrians amassed over 1,000 tanks in the area, and over 1,000 pieces of heavy artillery, while our whole battalion had 170 tanks and 60 pieces of artillery. On the third day, before sunrise, with a force of 15 tanks, we set out to ambush an enemy division of over 100 tanks and portable-bridge equipment heading for the Yarden River.

With the first rays of sunlight, we opened fire. The Syrians absorbed a heavy blow and started to respond with massive fire. The rising sun was in our eyes as the exchange of missile fire increased. Another platoon of five Israeli tanks joined us from a different direction.

Our tank was hit by flying shrapnel and the main gun was put out of commission. We retreated to our base for repairs and returned to the battle within three hours. Our indefatigable platoon commander was still firing from the lead tank. More than half of our tanks had been crippled. He ceased firing only to jump off his tank to run from vehicle to vehicle to offer whatever help he could.

It’s important to note that not all of our soldiers were great hero types. They were regular people, religious and not-religious, Sefardi and Ashkenazi, youngsters seeing their first death-filled battles alongside veterans of the Six-Day War. Without knowing what was happening, or where we were, or whether help was on the way, everyone fought together with an incredible unity and readiness for self-sacrifice for Am Yisrael – a miserut nefesh that drew down from heaven an outpouring of Divine Assistance and success on the ground.

The terrible number of casualties that we suffered hides the miracle of our success in forcing the far larger Syrian forces to flee.

In the Yom Kippur War, more than 2,500 Israeli soldiers were killed and more than 8,000 were wounded. Many have been killed in wars and Arab terrorist attacks since then, include your own 18-year-old son Harel in 1998. What’s the purpose of all the suffering?

HaKodesh Baruch Hu has His reasons which are above our understanding. The Gemara teaches: “G-d gave Israel three good gifts, and all were given only through suffering: Torah, the Holy Land, and the World to Come.” On Yom Kippur, we read about the Ten Martyrs who were tortured and killed by the Romans, including Rabbi Akiva, whose cry of ‘Shema Yisrael’ echoes over the centuries, expressing the unity of Hashem and the sublime eternal faith of the Jewish People, even in the face of torture and death.

The fact that we read about their martyrdom on Yom Kippur indicates that their deaths are connected to atonement. Rabbi Kook writes that the righteous who are killed in Israel’s wars have a profound influence on the atonement of the nation, like the death of tzaddikim, bringing an exalted cleansing to the whole world.

Furthermore, our Sages state regarding harugei malchut, such as the harugei Lod who sacrificed their lives to save the Jewish nation, that “no created being can stand in their place” [Pesachim 50a].

What message can we learn from the Yom Kippur War?

I think the message is clear. Our success in overcoming our enemies stems from unity. It was the unity of our soldiers and their selflessness in battle that led to our eventual victory.

If we had to retreat to repair a tank, or to treat a bleeding wound, our soldiers returned to the battle. In contrast, the Syrians simply fled. Just as HaKodesh Baruch Hu is One, when the Jewish People unite as one, Hashem grants us an unworldly power. The unity of all our camps, religious and secular, Left and Right, righteous and less righteous, is our secret weapon in overcoming the terror and enemies who continue to threaten the nation of Israel today.

Unity is not always so simple – especially since fights often revolve around principles. Are we, for example, supposed to compromise with groups that oppose halacha – e.g., groups that want to change the rules of conversion or have egalitarian prayer at the Kotel?

To answer this question, I would need another interview. Of course, halacha is not negotiable. But that doesn’t rule out the positive value of discussion. During the war, there were many fierce disagreements, but a consensus was always reached which allowed the army to fight as one unified force.

At the beginning of Yom Kippur, we invite evildoers to join our prayers. In the tractate of Keritut, we learn that any congregational fast that doesn’t include sinners is not a proper fast. Our Sages derive this rule from the ketoret that was offered on the Golden Altar in the Beit HaMikdash. All the different spices had to be brought together for it to be accepted before Hashem.

One of the important spices was chelbenah, which had a foul odor and therefore represented the evildoers of Israel. When blended with the other spices, its unpleasant smell would be transformed. Instead of impairing the pleasing fragrance of the ketoret, its addition actually enhanced the aroma.

We thus learn that when all of the camps in Am Yisrael unite for the sake of the nation’s wellbeing, the inner holiness of the sinners of Israel is revealed, and they also play a necessary part in the tikun of the Jewish nation, mankind, and the world.

All the more so today, when enemies continue to rise up against us in ever-increasing hatred without differentiating between this group of Jews or that group of Jews, the unity of Am Yisrael is a must, along with the understanding and appreciation that every facet of the nation contributes an essential part to the whole – just as it says in Sefer Shmuel, “And who is like you, Yisrael, one nation in the Land?” 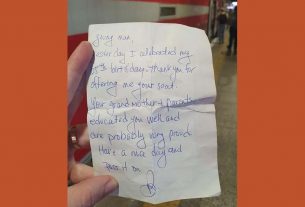 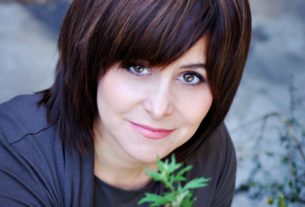 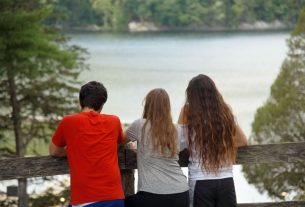