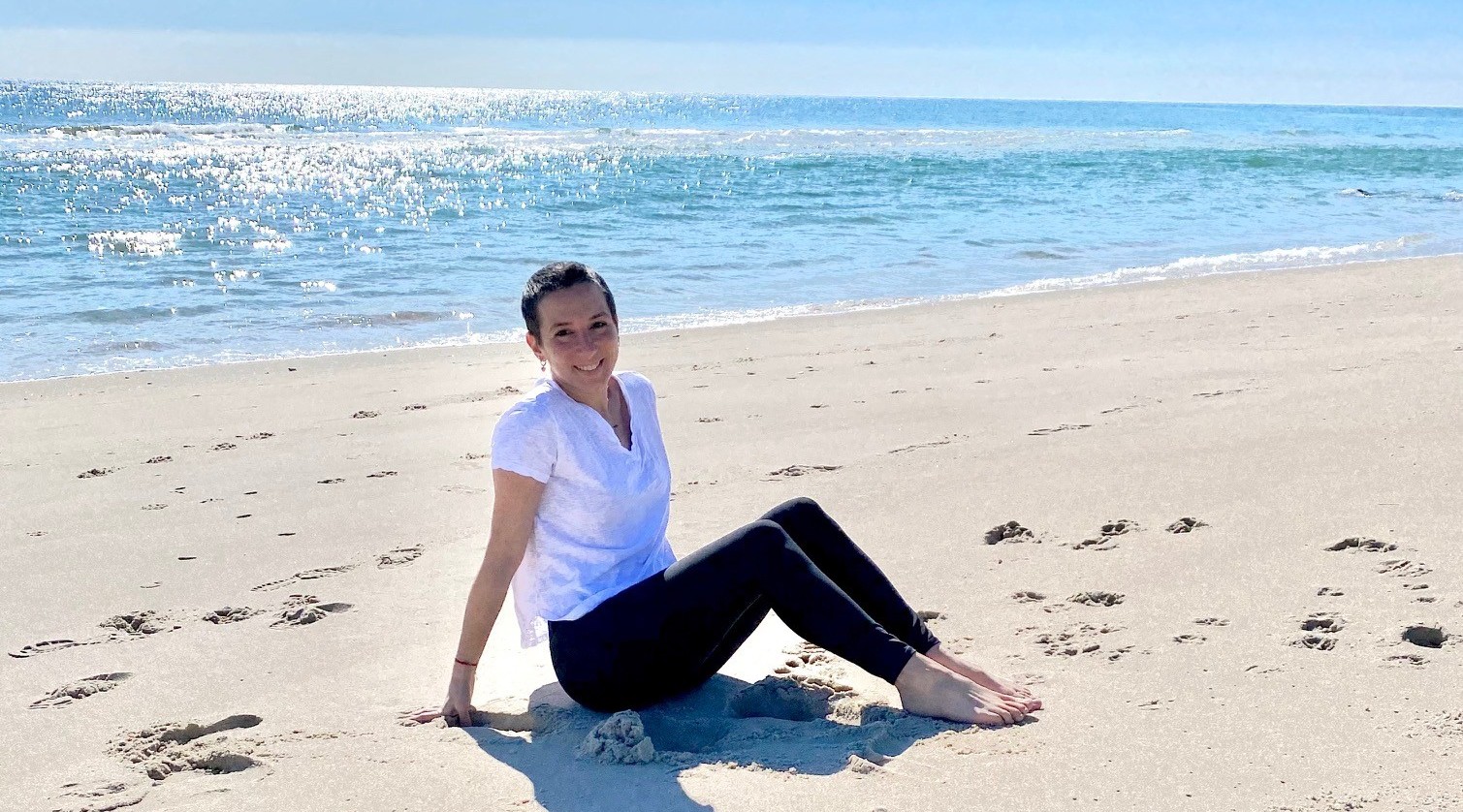 After discovering a suspicious lump in her breast one day while in the shower, Abby Match was diagnosed in August with an aggressive form of breast cancer. She subsequently underwent a bilateral mastectomy, a hysterectomy, chemotherapy and radiation.

It was only after she discovered she was sick that Match, 35, learned she was a carrier of a mutation in her BRCA1 gene — associated with a significantly elevated risk for developing breast cancer at a young age, and also for ovarian and other cancers. One in 40 Ashkenazi Jews have a BRCA mutation, which is 10 times higher than in the general population.

Match, a speech pathologist living outside Philadelphia, wishes she had known beforehand about her genetic predisposition. She could have – by having a genetic screening. Had she known she was a BRCA carrier, she could have more closely monitored herself for early signs and taken certain preventive steps.

“Knowledge is power — it is important to know the risks ahead of time,” Match said. “It doesn’t mean that it will happen, but knowing allows you to take actions to increase the chances to live a long, healthy life.”

Having a genetic screening for cancer risk is actually quite simple — and recently became easier with a national program called JScreen that  focuses on the prevention of Jewish genetic diseases. A nonprofit project of the Emory University School of Medicine’s Department of Human Genetics, JScreen provides genetic screening tests for at-home use that can be completed just by sending in a saliva sample using a mail-in kit.

JScreen long has provided subsidized reproductive testing for genetic diseases, screening for conditions like Tay-Sachs disease that could impact a couple’s future children.

Now the organization also offers cancer genetic testing, including a comprehensive panel of more than 60 cancer susceptibility genes associated with hereditary risks for breast, ovarian, prostate, colorectal, skin and many other cancers. Genetic counselors discuss the results with users by phone or secure videoconference.

“Making cancer genetic testing accessible is key,” said Dr. Jane Lowe Meisel, associate professor of hematology and medical oncology at the Emory University School of Medicine and medical director for JScreen’s cancer program. “This type of testing is important because it alerts people to their risks before they get cancer. They can then take action to help prevent cancer altogether or to detect it at an early, treatable stage.”

If your mother or father has a BRCA mutation, you have a 50% chance of carrying it. After Match’s diagnosis, her family members underwent genetic screening and discovered that Match’s mother, Carla Rockmaker, 61, carries the same BRCA1 mutation as her daughter and had passed it on to her.

“It was very distressing, to say the least,” Rockmaker said.

Rockmaker, who lives in Sarasota, Florida, decided to undergo a preventive bilateral mastectomy and also encouraged her fiance to be screened. It turned out that he carries a BRCA2 mutation. The couple plans to avoid excess sun exposure and monitor their health closely, as BRCA-related cancers include pancreatic, prostate and melanoma, in addition to breast and ovarian cancer. Jews also are at higher risk of carrying a mutation in the APC gene, increasing their risk for colorectal cancer.

After completing a pilot project in Atlanta from July 2019 to June 2020 in which 500 people of Jewish background were tested for mutations in the BRCA genes, JScreen formally launched its 60+ gene cancer screening test nationally in January.

“For the Atlanta pilot, none of the people tested had related cancers in close family members, but we still found that there was a higher rate of BRCA mutations than in the non-Jewish population,” JScreen Executive Director Karen Arnovitz Grinzaid said. “We added the cancer panel to our testing options because we want to impact the health of the Jewish community over the entire life span.”

The subsidized cancer screening, which costs consumers with insurance $199 (or $349 for those without insurance or who choose not to use it), requires a doctor’s order and is available to anyone age 21 and above.

JScreen, which originally launched in 2013 with seed funding from The Marcus Foundation, initially focused on reproductive screening for h aged 18-45 to determine the risk for having a child with a genetic disease. This testing helps parents and would-be parents ensure that they are taking the precautions necessary to have healthy children. (For example, couples in which both parents are carriers of the same genetic disease can minimize their chances of passing it on by conceiving via in-vitro fertilization with pre-implantation genetic testing of embryos). 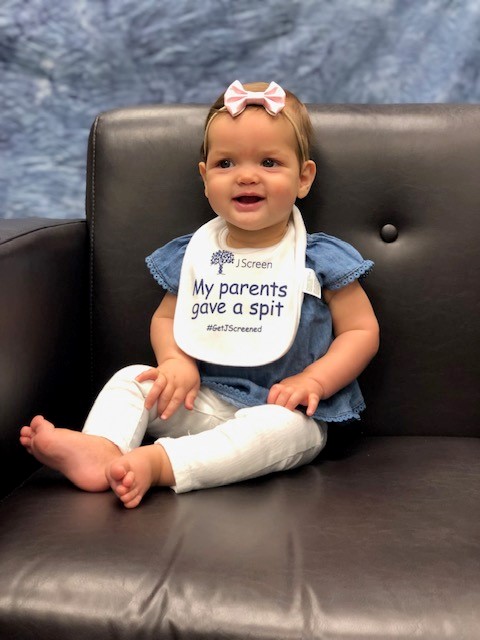 Prenatal testing enabled the parents of Layla Sonenshine to take steps to ensure her good health despite her being positive for CPT2 deficiency, an extremely rare genetic disease that prevents the body from using certain fats for energy. (Courtesy of the Sonenshine family)

JScreen’s ReproGEN test screens for 226 genetic diseases, many of which are commonly found in the Jewish population (Ashkenazi, Sephardic and Mizrachi), and others that are found in the general population. Most of these diseases are inherited in a recessive pattern, meaning that a child may have the condition only if both parents carry a mutation in that disease gene.

Each child of two carrier parents has a 25% chance of inheriting both mutations and having the condition. JScreen also screens for several X-linked conditions that can be passed from a carrier mother to a child who may have symptoms.

Some of these genetic diseases are relatively common, such as Gaucher’s, cystic fibrosis and Tay-Sachs. However, Carly Sonenshine, a 32-year-old social worker in Atlanta, learned from her JScreen test that she carries a mutation for CPT2 deficiency, an extremely rare condition that prevents the body from using certain fats for energy. There are three main types of the disease, one lethal to neonates.

JScreen counseled Sonenshine’s husband to do the genetic panel, too, before the couple began trying to have children. They discovered he was a carrier for three genetic diseases, including CPT2.

“We considered doing IVF, but I got pregnant naturally in the meantime,” Sonenshine said. “We did chorionic villus sampling [CVS] and learned our son was just a carrier” – and not afflicted with the disease.

However, they weren’t as lucky when Sonenshine had a surprise pregnancy just five months after their son’s birth. Prenatal testing was positive for the disease.

The couple considered terminating the pregnancy, but then Sonenshine’s husband found some reputable research indicating that the severity of the condition could be determined based on the parents’ CPT2 mutations.

“We sent the researchers our JScreen results and they did the analysis and were able to tell us that our daughter would have a mild and manageable form of the disease,” Sonenshine said. “We just need to make sure our daughter eats a low-fat, high-carbohydrate diet in order to keep her healthy. We wouldn’t have known this without JScreen.”

Thousands of people have done reproductive testing through JScreen over the years. Adding the cancer genetic test is bringing in a whole new demographic, the organization said. In the future, JScreen plans to add screening for other genetic risks.

Anyone planning a baby should do reproductive genetic screening, Grinzaid stressed, and cancer genetic testing is relevant to the entire Jewish community, not just those with a family history of cancer.

“With JScreen, you don’t have to wait for cancer to find you,” Match said. 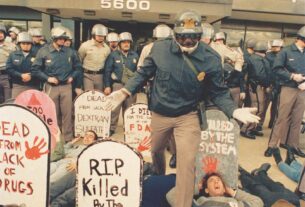 What the Record Doesn’t Show

The Family at Breakfast – Mona Mansour’s Vagrant Trilogy put a subtle, unapologetic portrait of a Palestinian life on a major New York stage. 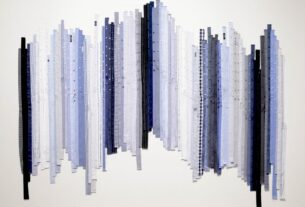