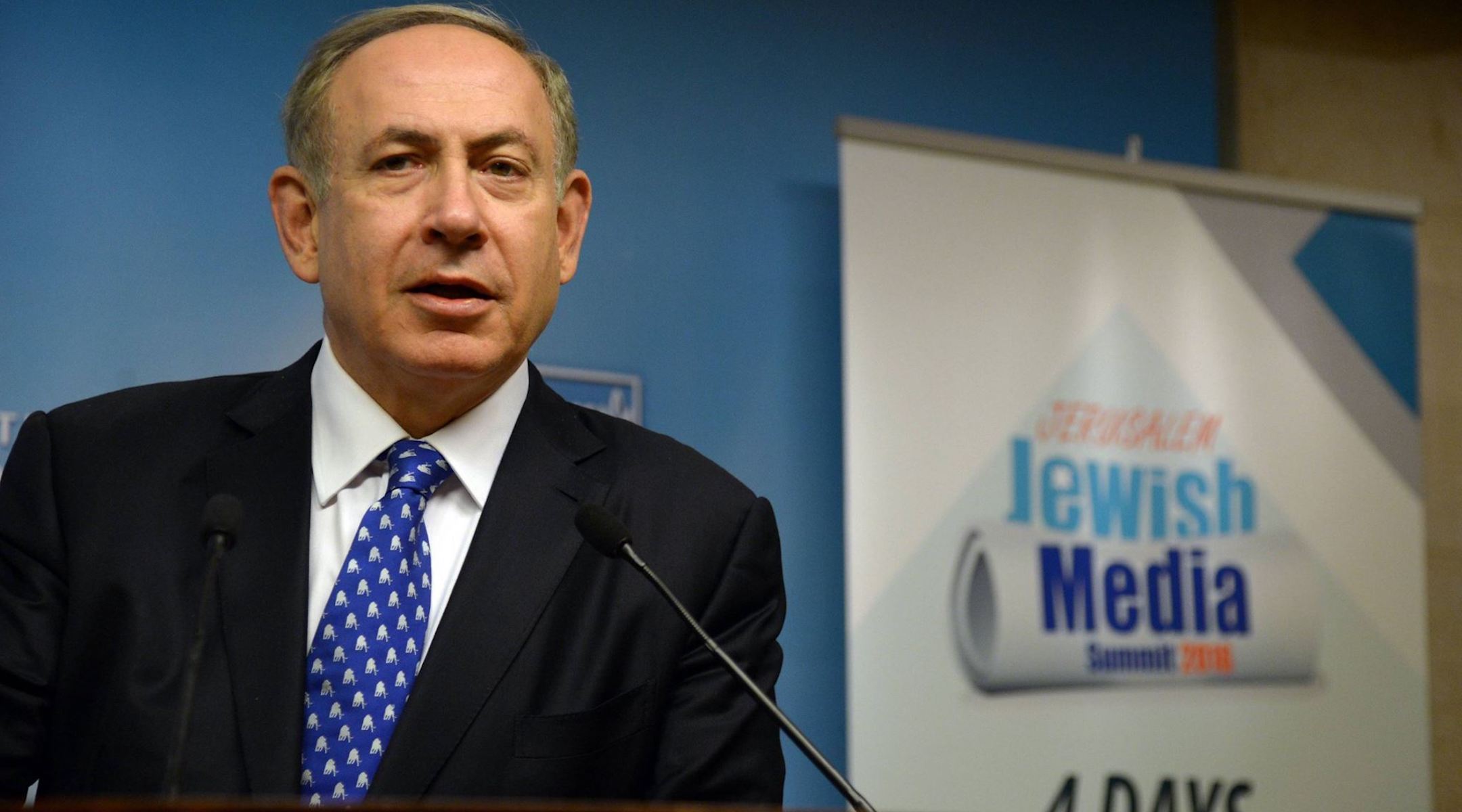 (New York Jewish Week via JTA) — Whether this week marks the last of Benjamin Netanyahu’s record-setting tenure as prime minister or is just a prelude to another never-count-him-out comeback, it seems a fitting moment to try to understand why he has consistently treated diaspora Jewish media with disdain.

It’s something I’ve experienced personally on several occasions and may well reflect the prime minister’s attitude not just toward the Jewish press but toward American Jewry in general.

It seems ironic, if not baffling, that Netanyahu would be rude to the one group of journalists who are most sympathetic and accommodating. But then he is a man of many contradictions, with remarkable skills and ugly traits, towering oratory and gutter-level charges, and great success in protecting Israel from outside threats while allowing the weakening of Israeli society from within.

I have interviewed the prime minister one on one in his Jerusalem office, attended a number of meetings he’s held with the press, and heard him speak many times in the United States and Israel. Perhaps the most illuminating example of his contradictory behavior dates back to a visit he made to the U.S. when he first served as prime minister, from 1996 to 1999.

During that visit 25 years ago, Netanyahu’s staff scheduled back-to-back sessions for him with two separate groups of journalists in a small conference room at his Manhattan hotel. The first group consisted of about a dozen major media figures, including the network news anchors of the day and A-list reporters. The second meeting was with the same number of editors of Jewish newspapers from across the country.

As editor and publisher of The Jewish Week, I was invited to the second meeting. But thanks to an influential friend at the local Israeli Consulate, I was allowed to attend the first meeting as well, though I was asked to keep a low profile.

When Netanyahu walked into the room with the media notables seated around a table, he was warm, friendly and upbeat from the outset. He greeted them individually by name, shaking hands, making small talk as he moved gracefully around the room. During the session he handled questions with aplomb, on point, articulate, and used colloquial expressions at times – it was easy to forget that he was the leader of a foreign country. He was thoroughly charming.

About 15 minutes after the meeting, while Netanyahu was taking a break, my Jewish media colleagues were ushered into the room. When we were settled in, the prime minister reentered and immediately sat down at the head of the table. No schmoozing this time. He was all business and began: “OK, ask me your questions.”

A bit taken aback by the abrupt opening, the chair of our delegation asked if it would be all right for us to introduce ourselves briefly, stating our names and professional titles. Netanyahu agreed. When it was my turn, the prime minister looked closely at me and said, “You look familiar.”

I said, “I was with the first group here as well.”

(What I wanted to add was, “I saw how engaging and friendly you can be if you want to make the effort. What’s your problem?”)

For a split second, Netanyahu seemed a bit taken aback, but he just nodded and the intros continued.

The mood of the session could not have been more different than the earlier one. Though he was in the presence of loyal, influential Zionists who treated him with great respect, the prime minister was curt, contentious and clearly couldn’t wait to be done with us.

“Ask me your questions”

A few years later, when I was in Israel, I was granted a one-on-one interview with Netanyahu in his Jerusalem office. I was ushered in by an aide who announced my name as I sat down in a chair facing the prime minister. He wore a leather bomber jacket and was seated at his desk, reading through a document in front of him.

“Go ahead, ask me your questions,” he said without looking up. He was using a yellow outliner pen to mark his reading material.

I wasn’t sure how to proceed and waited for him to make eye contact. After a moment he repeated his request. I waited again — it felt like minutes but was probably only a few seconds — before proceeding, reluctantly, with the interview.

I don’t remember the details of what transpired, only that I was thrown by Netanyahu’s rudeness, and that the agreed-on 45-minute session ended abruptly when an aide came in to announce that the prime minister was needed for a pressing matter. It seemed prearranged; the prime minister got up and followed him out of the office without a word or gesture to me.

One more: Five years ago, at a Jewish media conference in Jerusalem I attended with dozens of colleagues from the U.S., Europe and South America, Netanyahu addressed our group and was ornery from the outset. His manner was challenging and dismissive, interrupting the moderator, the Forward’s Jane Eisner, and suggesting alternative topics. At one point he evaded a question about his government’s relations with American Jewry and responded, in effect, “why not ask me about Israel’s impressive dairy output?” He then waxed eloquent on the subject and had an aide display a chart on the wall with statistics about Israel’s prolific cows.

“After the session ended, some of the women journalists in the room were furious, sure that he acted as he did because I was the moderator,” Eisner wrote. “I appreciated their support, but male colleagues tell me that Netanyahu can be similarly dismissive to them, too.”

How does one explain this behavior?

I turned to two close colleagues and veteran Bibi watchers — journalist and author Yossi Klein Halevi in Jerusalem and Mideast expert David Makovsky in Washington — and asked why they think Netanyahu treats the Jewish media so shabbily. Is it because he doesn’t respect us as journalists? Or because he believes that Diaspora communities are less relevant to Israeli politics? Or neither, or both?

“Bibi treats his friends worse than anyone,” Klein Halevi responded, “which is why, at the end of the day, he doesn’t have any. He takes them for granted and abuses their trust. That’s why this new government is being led, in part, by three of his former closest aides,” Naftali Bennett, Avigdor Lieberman and Gideon Saar.

“The American Jewish media was simply in his pocket,” Klein Halevi continued, “or so he assumed, and he could treat them with the special contempt he reserved for those on his side.”

Makovsky believes Netanyahu views the Diaspora Jewish media in the larger context of his attitude toward American Jewry — seen as declining dramatically in relevance.

On a practical level, he noted, Diaspora Jews don’t vote in Israeli elections and so are “less central for his [Netanyahu’s] purposes to cultivate.” Similarly, the prime minister focuses mainly on Israeli media, which he views as either for him or against him, so the Diaspora media is less important.

The prime minister has told those who meet with him privately that with the exception of the Orthodox, “American Jews will last another generation or two … due to assimilation and low fertility rate,” Makovsky said. “This has enabled him to discount the liberal attitudes and voting trends of non-Orthodox American Jews and not think of the impact of a few of his policies on the relationship.”

In addition, Netanyahu has said in private that as long as he has the support in America of evangelical Christians, who vastly outnumber Jews, and the Orthodox Jewish community, he is in good shape.

We’ll know in the coming days the shape of Netanyahu’s immediate future. But even if the “change” coalition is sworn in, no one who knows Bibi Netanyahu believes he can be counted out.

was editor and publisher of The Jewish Week from 1993 to 2019. Follow him at garyrosenblatt.substack.com.
The views and opinions expressed in this article are those of the author and do not necessarily reflect the views of JTA or its parent company, 70 Faces Media. 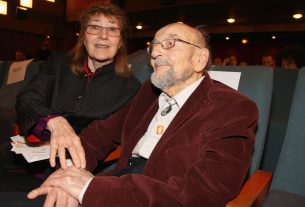 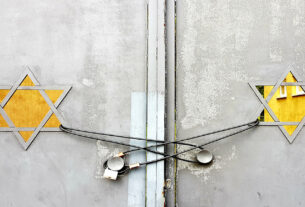 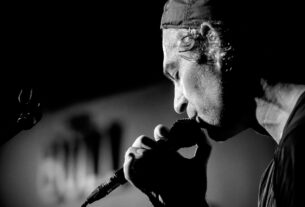 I used to judge ex-Orthodox Jews. Then I started listening to them.