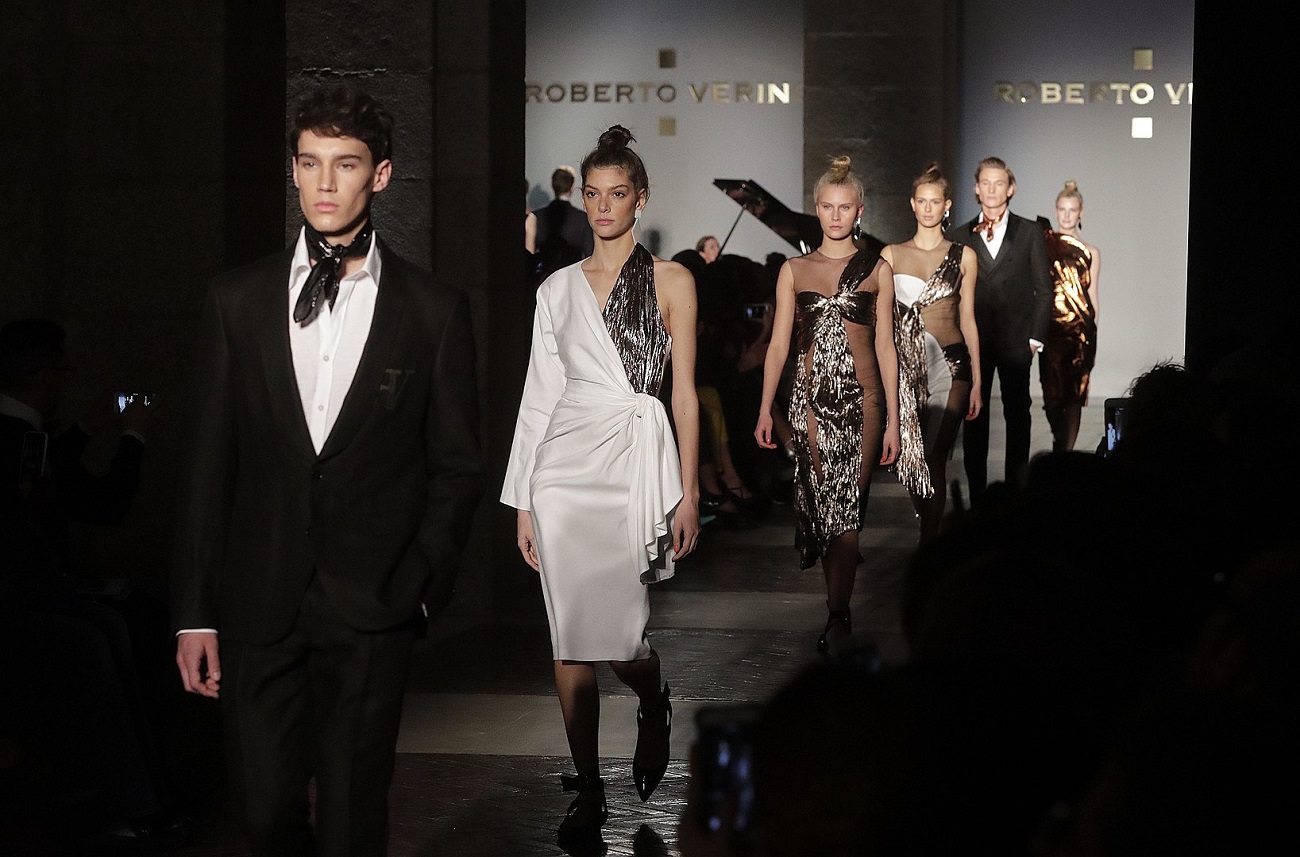 It is no secret that the global fashion industry has multi-billion dollars in merchandise. Every year new brands appear to bite off their piece of the market. However, behind the ramps of light, the catwalks, the glamour and shop windows, behind the shiny packaging with golden logos there is a dark side of the industry.

An insider who had been working in one of the companies of the fashion conglomerate, until last spring, The Kering Group, has got in touch with us to share the information. Today, the Kering Group brings together the most well-known brands and fashion houses including Gucci, Bottega Veneta, Saint Laurent, Alexander McQueen, McQ, Balenciaga and many others.

For security purposes, we are not disclosing insiders’ data and country of residence. In the spring of 2019, insider became a witness to an illegal and unethical business deal between his colleagues and representatives of the Ukrainian business, Symbol. The company owns a chain of luxury clothing stores – up to 22 boutiques – and operates in 4 cities of Ukraine (Kharkiv, Dnipro, Odessa, and Kyiv).

The scheme is easy: company that wants to become an exclusive buyer and distributor of the brands in Ukraine makes an appealing offer: nearly unlimited purchasing budget, around 50-60 thousand dollars as a bribe to the management for exclusive rights and 5% to 7% from a seasonal merchandise turnover as a guarantee of continuous cooperation.

Besides the expenditure on goods of Gucci and Balenciaga and a decent payment to the managers, the main highlight of the deal was to lobby the interests of Symbol for the exclusivity for major brands of the Kering Group in Ukraine. The nature of the deal was clear: “We are ready to purchase goods for the amount you set, but you must refuse all other cooperation offers from Ukrainian companies giving us exclusive distribution rights. We are ready to pay separately for both purchases and exclusive rights”. At the same time, according to the insider, the payment from Symbol’s side was as follows: to begin with, about $60 000 were paid in cash to the Kering’s manager, who had to lobby for the decision to work with Symbol among the top-management and CEO of the company. But wait, there is much to follow, in case the deal was successful, representatives of Symbol promised to pay in cash an extra of 5% to 7% of Gucci and Balenciaga’s merchandise turnover every season.

Upon further investigation, the Ukrainian business has piqued our interest. The owner of Symbol is a Ukrainian businessperson Olga Fedorova who started her business in Kharkiv back in 1997. Presently, 22 boutiques operate under her brand in Dnipro, Kharkiv, Odessa, and Kyiv. In fact, various companies registered under Olga’s ownership formally own the stores. However, as it turned out, she is not the key figure. She is known precisely as the owner of Symbol for the public, however, people associated with the General Prosecutor’s Office of Ukraine claim that she is not the ultimate beneficiary. If one studies Olga’s biography, city of residence and analyzes the actual location of the Symbol’s head office you will notice interesting details. The city of Kharkiv is located very close to the border with the Russian Federation. It is not a secret that many businessmen in Kharkiv had and still maintain business ties with Russia (for the past 5 years Ukraine has had tense relations with the neighboring country). It turns out that the ultimate beneficiaries of the company, that are the “shadow owners” are Vitaliy Danilov, Sergei Kravchenko, and Valeriy Kotvinskyy, all are citizens of the Russian Federation whom Olga Fedorova particularly hides from a wide audience. Moreover, the scheme involves former customs officials who provide the necessary support to the import schemes of the company. Despite the fact that they are former customs officers of Ukraine, their influence on supply channels is still relevant.

We also became aware that the owners of the network Danilov, Kotvinskyy, and Kravchenko have long-time connections and ties to criminal organizations. All of them started their business paths through gangs during the 80s and early 90s. Now they moved into politics and hold leading positions in the governmental structures, which in modern Ukraine is considered to be the biggest crime syndicate. The owners’ close relationship with the direct governance in Kharkiv, like current mayor Hennadiy Kernes and ex-governor Arseniy Avakov, ensures that the police and tax fiscal services would turn a blind eye towards criminal activities attached to the company. Finally, the public face of the brand, Olga Fedorova, with notably similar criminal past and an official case of tax evasion, successfully averts public attention from the main beneficiaries of the “business”.

According to our sources in Ukraine, the yearly turnover of Kering company’s brands in Symbol chain stores is more than $10 million. Part of this sum returns to Europe illegally in the form of the payment fees to Kering managers who participate in this scheme.

Taking into account the current crisis in Ukraine (both political and economic) it becomes quite obvious that such a level of supply is simply not comparable with the level of demand in Ukraine. Certainly, Ukraine has shadow millionaires and billionaires, but their number is simply not compatible with this level of purchases. We are dealing with the situation when the level of purchases exceeds the level of sales. Therefore, we face the gray, or we rather call it a criminal scheme for money laundering. As a result, gray Ukrainian cash turns into legal products.

Besides, it is quite profitable to use this company as a cover for money laundering. It is worth noting that back in 2013 there were criminal proceedings against citizen Fedorova and officials of Marka Plus company (that managed the Symbol chain of stores). Later Olga Fedorova along with the chief accountant of the enterprise was indicted in willful tax evasion in exceptionally large amounts (3.8 million Ukrainian hryvnias). According to the case, goods sold through the Symbol chain were being delivered without proper custom clearance and customs duties. People who previously worked there noted that expensive clothes of the most famous and most expensive world brands were being imported into Ukraine through various dark schemes, taxes were not actually paid, and the products were sold with incredible drive up in cost.

We are already in 2020, it would seem that Ukraine held democratic elections, people elected a new president of the country and appointed the new head of the customs service – Maxim Nefedov. Yet the criminal scheme continues its work.

Most likely, this incident is feasible because this information is not public and not closely watched by the relevant services of Ukraine. It could be also that they may simply turn a blind eye to it, because of its profitability. There is no doubt that there are high-ranking officials who cooperate in the interest of this shadow scheme. It could not be performed without the participation of representatives of various authorities such as the prosecutor’s office, the customs service, and the tax service of Ukraine. Certainly, relevant authorities of Ukraine and Ukrainian journalists would be informed of the findings of the investigation, as the goal is to turn attention and support fair business opportunities in developing countries.

Unfortunately, CEOs of corporations of global brands are interested only in Cash Flow (the total financial benefit from activities in the market) and don’t care where the money for the deal came from. However, the public and the regulatory authorities of Europe, the US, and the UN do care. Nowadays, Money Laundering is one of Europe’s and largest global diseases and combating money laundering is becoming more and more extended. Obviously, money laundering through fashion brands is very profitable, but at the same time, it is a risky business.

The deal between The Kering Group and Symbol is an ongoing issue, but as far as we know, the insider is currently communicating with others who have witnessed similar cases and is hoping that his efforts will not go unnoticed. On the other hand, there is no doubt that dealings like these have the goal to go even further. The involvement of popular brands, like Fendi and Balenciaga, that have a high elasticity of demand and are capable of providing high returns on investment seems like the perfect condition. Therefore, it is difficult to predict how events will unfold. In case this information is well-publicized and confirmed by expert examinations and inspections by authoritative bodies, we may witness a large-scale international scandal that might become the main event in the fashion industry of this decade. 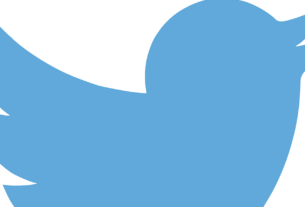 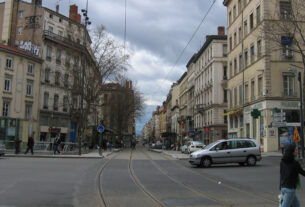 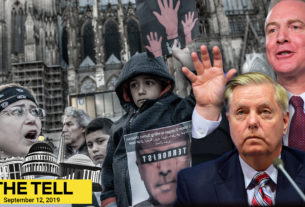 The Tell: 2 senators reach across the aisle to tackle the Syria nightmare