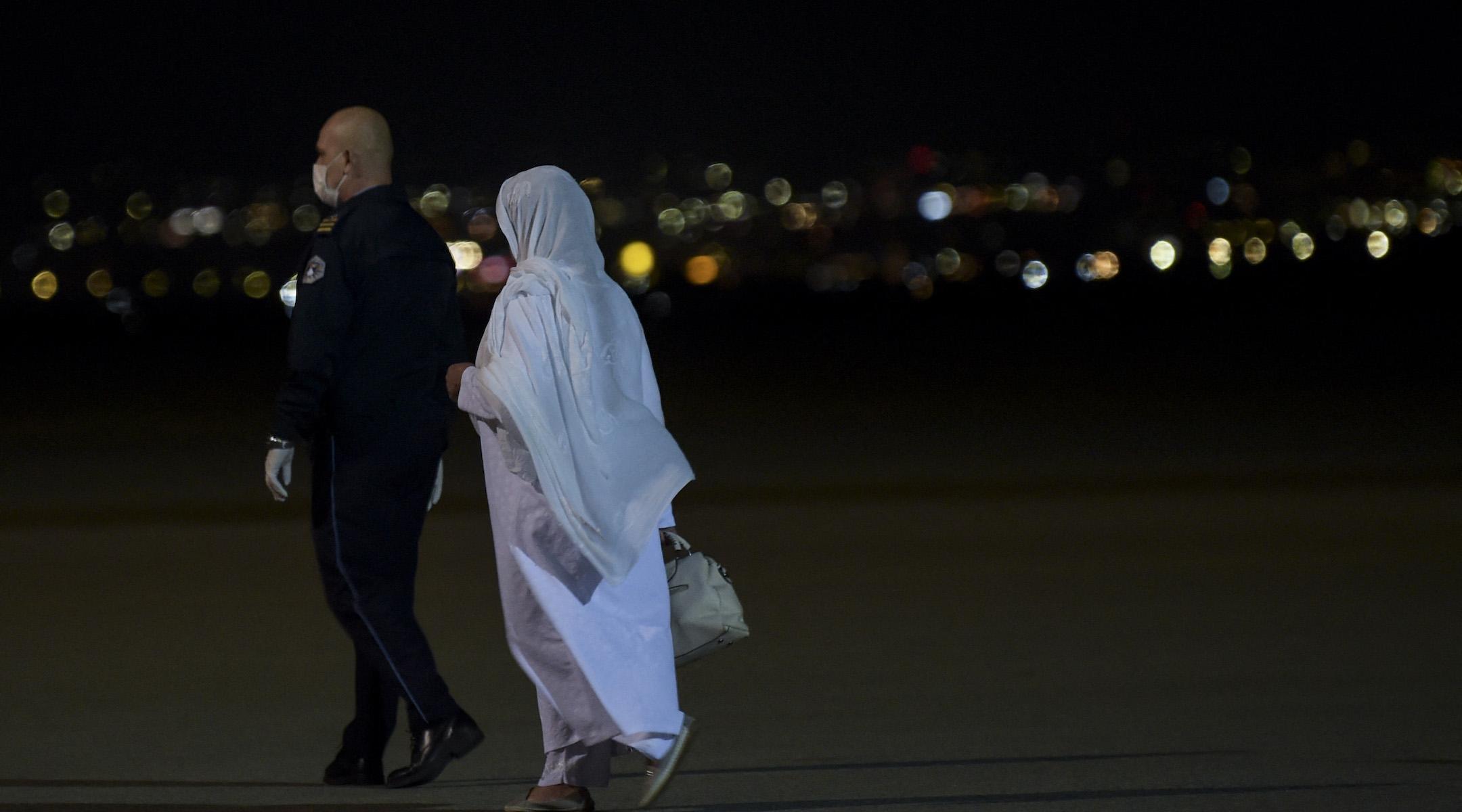 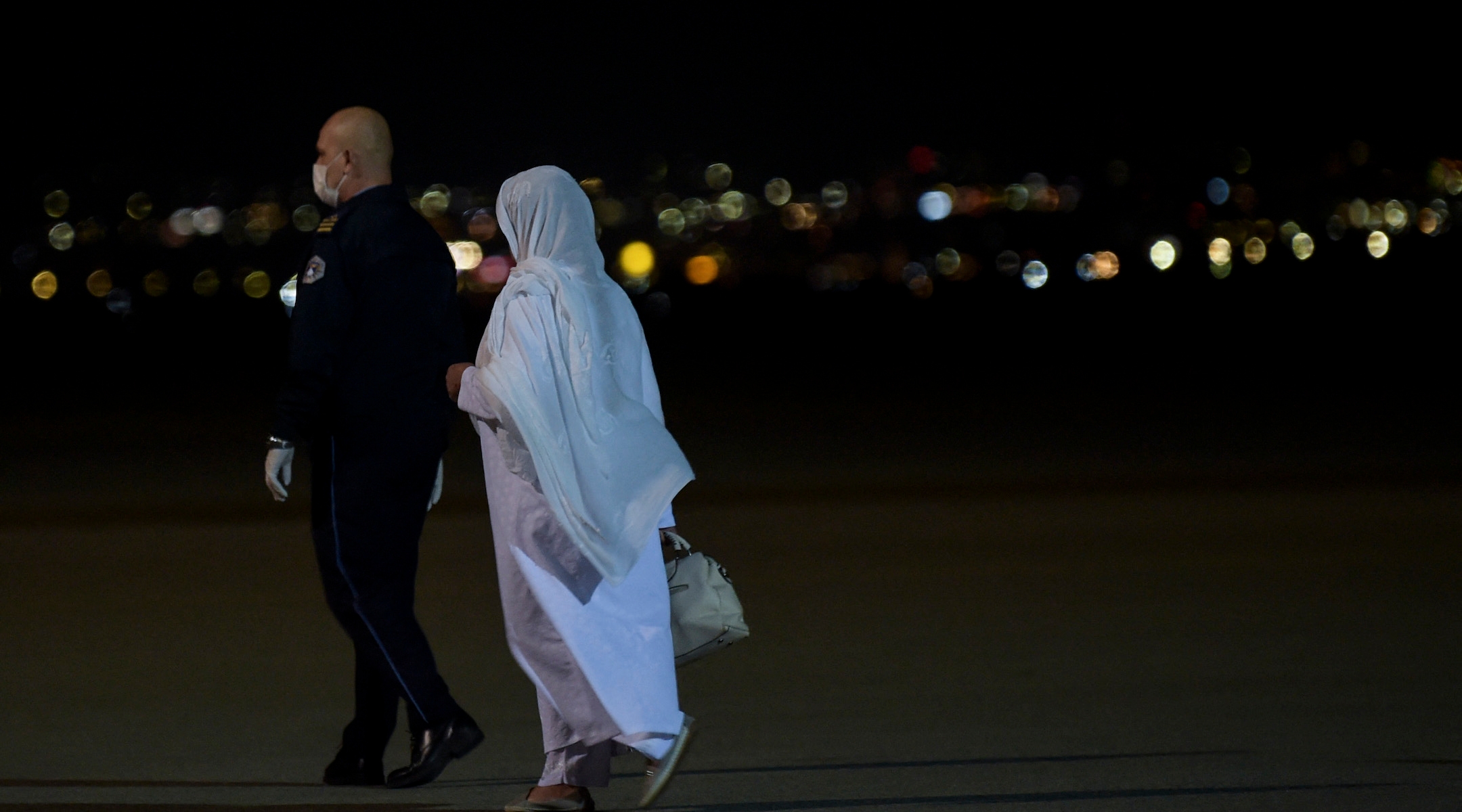 (JTA) — Tahera had fallen down in the crush of Afghans pressed against the gate of Kabul’s airport. Her son, 3 years old, was uncontrollable. Her husband’s breathing was uneven. She also had to consider her four other children.

She had a lifeline on the phone: Her supervisor at Jewish Family Services in Seattle.

Cordelia Revells, the director of refugee and immigrant services for JFS Seattle, was on the other end of the line during Tahera’s attempt to get into the airport, helping to get her employee out of the country.

“That was particularly terrifying,” Revells said. “A gun was pointed out at one of her young children when they’re being told they needed to back off.”

Revells and JFS were instrumental in the extraction of Tahera and her family from Kabul as the the city fell to the Taliban — a rare success story in the final weeks of the 20-year U.S. presence in Afghanistan, as tens of thousands of Afghans who had worked with Americans rushed the airport seeking a way out.

Tahera, who asked not to publish her family name to protect relatives still in Afghanistan, said Revells’ guidance during her final days in Kabul was life-changing, in part because her own desperation was keeping her from thinking clearly.

When the Taliban came to Kabul, the situation was so terrifying that “my mind was not working,” Tahera said. But close contact with Revells allowed her to feel safe: “She was in contact with me day and night. And somehow I was feeling that she’s physically with me because she was, all the time, talking with me.”

Seattle’s JFS, driven in part by a mission rooted in the perilous migrations Jews faced in the middle of the last century, was dedicated to getting Tahera home, and has also been tracking and aiding 27 other families as they have attempted to flee the country.

“Several decades ago it was Jewish families desperately trying to flee to safety and people having an opportunity to help them and support them and deciding not to do that, and knowing what happens when you don’t do whatever you can to support your fellow human beings,” Revells said. “I think that makes the Jewish community’s commitment to what these families are experiencing so strong.”

Tahera, 38, had worked for 15 years in Afghanistan on women’s development issues for nongovernmental organizations, some funded by the U.S. Agency for International Development, before applying to come to the United States. She arrived in Seattle in 2019. JFS was her designated resettlement agency, assisting her with obtaining a Green Card, finding an apartment and getting benefits. When Tahera learned that JFS was seeking staff to process other immigrants, she applied for the job.

She also immediately sought to bring over her husband’s three children from a previous marriage, a belabored process that took an additional two years. By mid-June of this year the children were set to be interviewed at the U.S. embassy in Kabul, but the interviews were canceled as the embassy started closing shop. Tahera arrived in Kabul in mid-July to attempt to shepherd her stepchildren back to the U.S.; she traveled with two of her three other children, an 8-year-old girl and a 3-year old boy. Just prior to their arrival, Tahera’s mother died of COVID.

In Kabul, neighbors wondered why she was bothering to bring back her stepchildren. “Everybody in Afghanistan [was] blaming me, [saying] that ‘You can leave, you can leave with two of your kids, you don’t need to stay here,’” Tahera said. “But I’m a mom. I was not able to leave them in Afghanistan alone.”

The worst part for her was that such doubts infected her stepchildren.

“Starting Saturday, when the Taliban came to Kabul, until Wednesday, when we left Afghanistan, they were looking at me and they were not telling [me] anything, she said. “But I was able to read from their eyes that ‘you are going to leave us alone here, because you have Green Cards [and] we do not have [a] visa,’” she said. “So it was a nightmare for me. If I leave Afghanistan I will keep all my kids with myself. Otherwise, I prefer to stay with them.”

But staying was a terrifying prospect. Tahera was born to a family of Afghan refugees living in Iran. Her family had returned to the country in 2004, three years after U.S.-led forces ousted the Taliban. She had never experienced life under Taliban rule.

Tahera managed to get her three stepchildren written into her passport at the last minute, but her troubles were just beginning. Even with permission to leave, she could not breach the line of soldiers, U.S. and Afghan alike, guarding the gate to the Kabul airport.

She arrived at the airport and asked her husband to stay in the car with the kids. Her 3-year old, hearing gunfire, would not leave her side, so she held him as she approached the gate. The soldiers were shouting at the crowd to move back, firing over their heads.

She encountered an American soldier. “He asked me to get down. I said, ‘No, I’m not getting down, because my kids are here. I have permission to leave Afghanistan,’” Tahera said. “He shot into the air and asked me to leave. In a second there was, 10 times, 20 times, shooting in the air, and even then they were just putting [their] gun in front of us, asking us to leave.” She fell down and hurt her hand. She returned to the car. She sent her husband, who had low blood sugar and was having difficulty breathing, back to the gate on his own to make their case. It was no use.

It was hard, Tahera said, not to give into panic. “One of the women that was there, she was trying to get into the airport. She was shouting, ‘I lost my daughter. My daughter is not here!’ She was looking for her daughter. I was thinking, ‘I have five kids who are with me. What if one of them is lost?’”

Revells, meanwhile, was consulting with No One Left Behind, an NGO founded by veterans who seek to bring out of conflict zones the locals who had assisted them. She relayed advice to Tahera — tactics for keeping the family together in the crush, and for how to address the U.S. troops.

“They had to basically demand to the soldier to make the soldier believe them, which I don’t think is what people expected to have to do,” Revells said. “So part of it was just preparing Tahera to like, be extremely polite, but like, do not take no for an answer.”

Revells conveyed to Tahera that there was a new window: The Afghan soldiers would be leaving, and the U.S. soldiers on their own might be more amenable.

So later in the day, Tahera returned with her family, carrying her 3-year-old. The soldiers were not letting people into the gate. “They were asking people to sit down, and no one was sitting down, and they were saying, ‘We will shoot you,’” Tahera said.

“I shouted at one of the soldiers because he tried to push me back. He put all his weight on my son and I just pushed him back, and shouted at him that ‘You’re going to kill my son!’” she said. “He just kept quiet for five, six seconds; he was just looking at me. And then he asked me, ‘Where are your other kids? Come with me.’ Then he opened the door and let us continue to the airport.”

Tahera said she relied on the assistance of not just Revells, but also the entire JFS staff, who sent her emails and texts checking in on her. “It was really helpful for me. Somehow it gave me this courage,” she said.

Tahera, whose family arrived in Seattle this week after a stopover in Qatar, said she feels lucky to work for JFS Seattle. “We were fully open during [the] COVID crisis, the only [family service] organization that was fully open,” she said.  “So I’m really happy that I’m working there.”

The feeling was mutual, said Revells.

“Even when her family was in Qatar, after getting out of Kabul she was contacting me about other families she’d met who needed help and assistance and seeing what support she could provide them,” she said. “She’s a really incredible person and we’re extremely lucky to have her.”

The work isn’t over — Tahera now wants to get her two sisters out of Afghanistan. One, who was a teacher for a U.S.-funded project that assisted incarcerated children, is in hiding because the children’s parents gave the Taliban her information as a means of currying favor with the new rulers.

And JFS Seattle continues to track the 27 other families it hopes to extract from the region, mostly relatives of other Afghan co-workers or families that had already been assigned to their resettlement program, Revells said. The agency had already had flights and apartments set up for their reassignment, but all their plans fell apart when Kabul fell. And the need is far greater than a single organization like JFS can hope to meet.

“Many of our families” in Seattle “were still in contact with many families who didn’t get out,” Revells said. “They weren’t able to access, to be allowed into the airport, and we’re just facing the exact same thing, night after night and day after day.

“I wish I could say that all of those families were successful.” 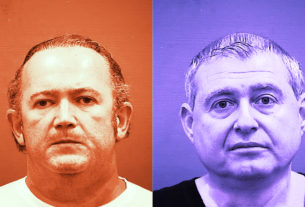 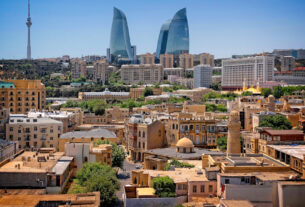 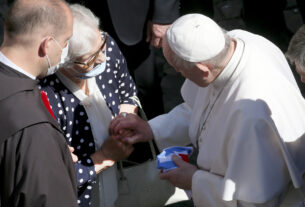