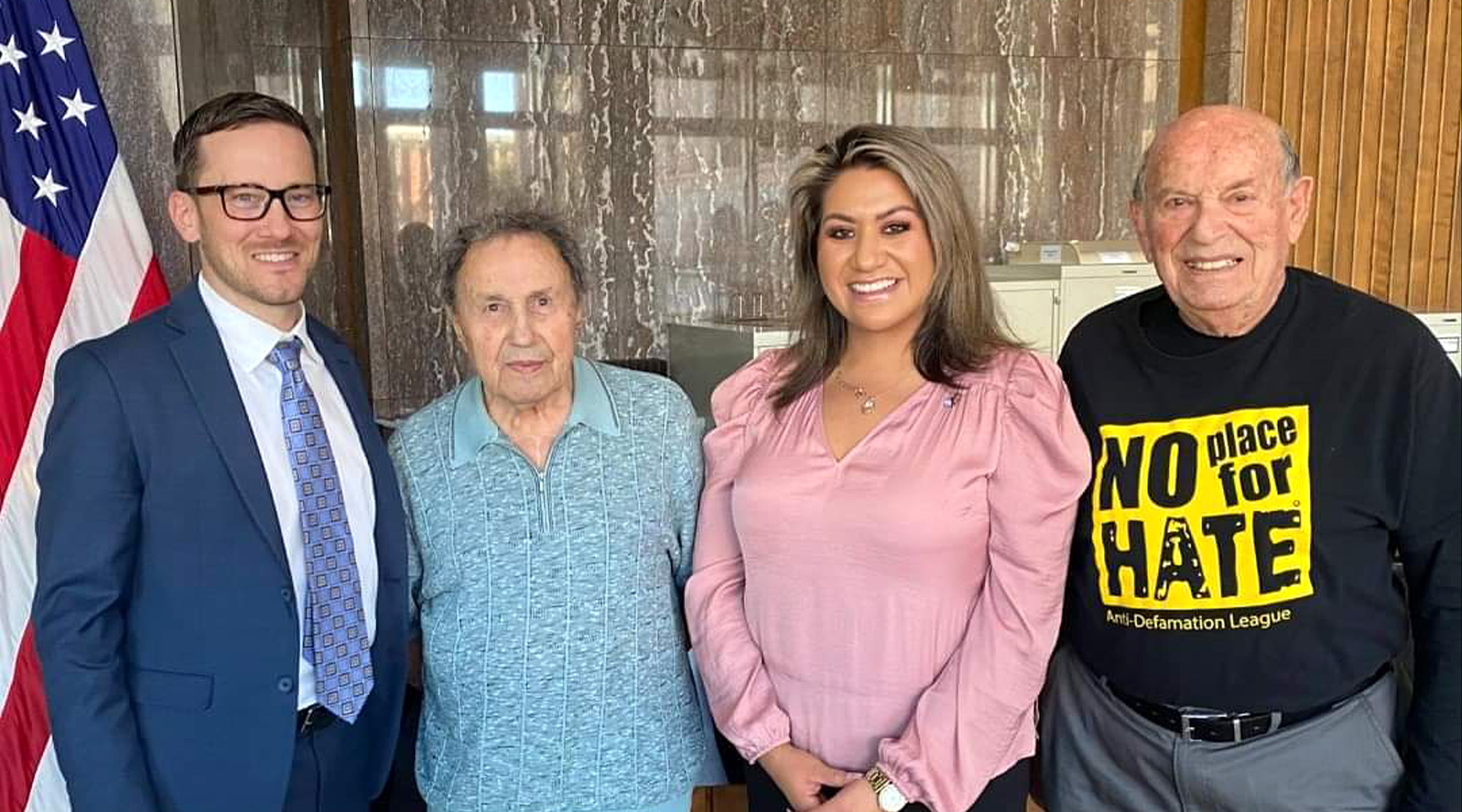 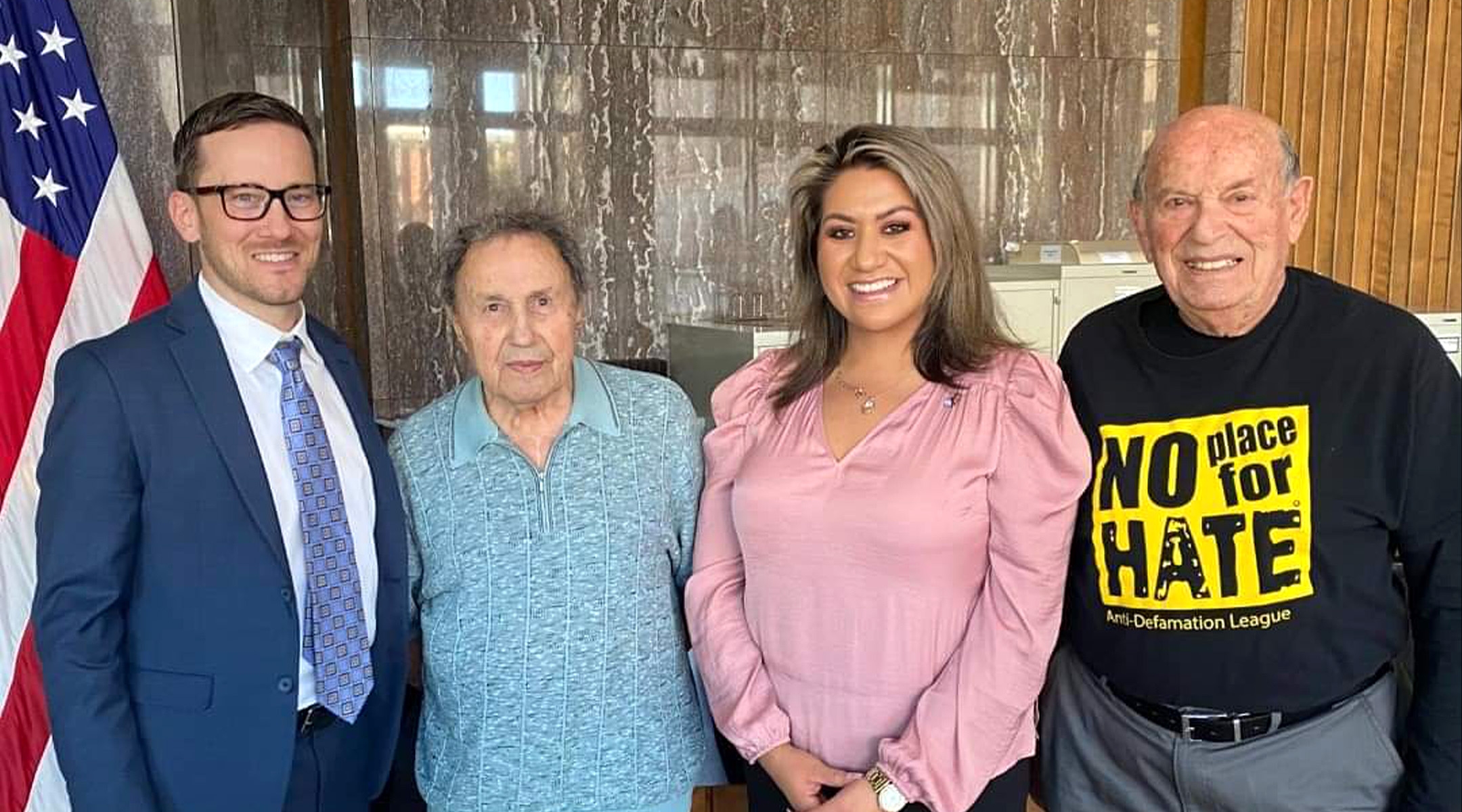 (Jewish News of Greater Phoenix via JTA) — When Michael Beller set out three years ago to get a law passed in Arizona requiring Holocaust education in public schools, the response he got was clear.

“People told me this would never happen. They were like, ‘Not now, not ever. It will never happen in Arizona.’ And that was inside the Jewish community and out,” he said.

But on Wednesday, it happened.

After a rollercoaster ride in the State Legislature — including a debate over a controversial definition of antisemitism — the bill is now headed to Gov. Doug Ducey’s office. With the Republican’s  signature, Arizona’s public schools will be required to teach about the Holocaust and other genocides at least twice between seventh and 12th grades.

According to the Phoenix Holocaust Association and Arizona State University academics, Arizona will be the 16th state to require Holocaust education by statute.

“So many people from so many different parts of the state invested countless hours over the last few years to make sure that this happens,” said Beller, who co-founded Arizona Teaching the Holocaust for the sole purpose of mandating Holocaust education in Arizona.

Arizona House Rep. Alma Hernandez, the Jewish Democrat who introduced the bill, called the passage a “big win for our community.”

“I have never been prouder to be an elected official and a Jew in Arizona,” she said. “Knowing that all Arizona students will learn about the Holocaust gives me hope and restores my faith in humanity because we must teach the past to ensure it never happens again.”

Alexander White, a 97-year-old Holocaust survivor who lives in Scottsdale, testified in support of the bill and has been working alongside Beller, Hernandez and other groups to see it through. Its passage means “a great deal” to him.

“The Holocaust is a prototype of man’s inhumanity to man, and young people should know about that,” he said. “If it happens once, it can happen again.”

The long-in-the-works bill had been on the verge of being derailed — ironically, by the International Holocaust Remembrance Alliance’s definition of antisemitism. The IHRA definition, which is legally non-binding but remains controversial for including some forms of anti-Israel speech among its examples of antisemitism, was a last-minute addition to the Holocaust education bill. Republican state Senator Paul Boyer had pushed for the inclusion; he wound up being one of only two dissenting Senate votes to the final version of the bill, which did not include the definition.

“Passing the bill without the IHRA definition would leave our legislative intent unfulfilled and vulnerable to exploitation,” Boyer said in April, adding that passage would “create a real possibility of seeing the Holocaust education curriculum corrupted in ways that could ironically boost contemporary antisemitism rather than combat it.”

In support of that idea, he pointed to California’s recent passage of its Ethnic Studies Model Curriculum. Jewish organizations had complained that the first draft of California’s curriculum ignored the American Jewish experience and included antisemitic language and anti-Israel sections.

“One need look no further than the unrelenting attempts to turn California’s Ethnic Studies curriculum into a vehicle for antisemitic propaganda. How long will it take for antisemitic predators to show up wishing to invert the memory of the Holocaust with their comparisons of Israel to the Nazis?” Boyer said.

Boyer declined to comment on the bill’s passage. The state’s Senate Republican caucus plans to pass a separate Holocaust education mandate with the IHRA definition in the next legislative session, it said in a statement.

The Phoenix Holocaust Association, Christians United For Israel, the Jewish Community Relations Council of Greater Phoenix and Arizona Teaching the Holocaust all advocated for the passage of the Holocaust education bill without the IHRA language. Those organizations say they intend to work on separate IHRA legislation down the road.

Last January, Hernandez introduced a separate bill focused on antisemitism that would have codified the IHRA definition into Arizona law to be used by state officials when investigating and tracking crime and discrimination. That bill started out with strong support, but it eventually tapered off and stalled in the Senate.

Paul Rockower, executive director of the JCRC of Greater Phoenix, said the amendment had jeopardized the Holocaust education bill and made “a nonpartisan issue partisan.”

“While we do support the use of the IHRA definition in a variety of contexts, we believe there are more appropriate avenues to address the public policy in Arizona statutes in the future without causing unnecessary risk to current Holocaust education initiatives,” Rockower said.

Boyer has been a driving force behind other controversial pro-Israel legislation in the Arizona statehouse. In 2016 he was the primary sponsor on a bill which observers called “the toughest anti-BDS legislation in the U.S.,” which prohibited any part of Arizona’s government from investing in or contracting with any company that boycotts Israel. Though signed into law by the governor, the bill was later rejected by the courts; Boyer has since proposed an amended version.

In 2014, Boyer crafted a statewide resolution declaring that the West Bank was part of Israel.

Sheryl Bronkesh, president of the Phoenix Holocaust Association, worked alongside Hernandez, Beller and the JCRC on the education bill.

“I am so thrilled that at least some of the survivors who testify year after year could still be here,” she said. “In my mind, this bill’s in George Kalman’s memory and the memory of other survivors we’ve lost in the last year, and my parents.”

Kalman, a Holocaust survivor who closely followed the bill, died May 25, waiting for the education bill to pass.

Now that his work is done, Beller will wind down his organization, ATH.

“I saw an opportunity to move the mark and make a meaningful impact,” he said. “So I’ll continue to look for that next thing where I can apply myself and hopefully unite stakeholders to make a meaningful difference in people’s lives.”

Versions of this story originally ran in the Jewish News of Greater Phoenix.

The Ambivalent Émigrés – Antisemitism was a fact of life for Soviet Jews, but it did not top their list of reasons to leave. 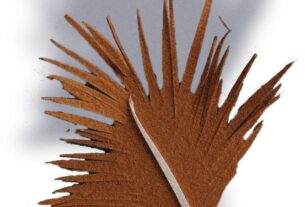 “Israel Knows It Will Have Impunity” – Two weeks after Shireen Abu Akleh was killed—by Israeli soldiers, according to eyewitnesses—no independent body is investigating her death.