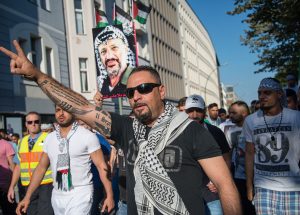 For years, experts viewed Malmö, Sweden’s third-largest city, as the capital of antisemitism in Europe. Incidents of anti-Jewish hatred occurred there on a regular basis. Mayor Ilmar Reepalu, a former socialist, was an antisemite. A bomb was thrown at a local synagogue. Complaints filed by Jews were ignored by judges. The Simon Wiesenthal Center (SWC) put out a travel warning concerning the town.

Antisemitism in Malmö has not weakened significantly, but even a superficial look at the scale of classic antisemitism and anti-Israelism in Berlin shows that it by far surpasses Malmö. There are so many facets to antisemitism in the German capital that any summary remains incomplete.

With 3.5 million inhabitants, Berlin is a much larger city than Malmö, the population of which is less than 350,000. Berlin contains 40,000 Jewish citizens to Malmö’s approximately 500. A report published by Berlin’s Research and Information Center on Antisemitism (RIAS) recorded 1,083 antisemitic incidents in 2018 compared to 951 during 2017. This is but a fraction of the total, as many incidents go unreported.

One much publicized case among many occurred in July 2019, when Berlin’s Rabbi Yehuda Teichtal was spat on and insulted by Arab speakers on his way home with his son from synagogue. In August, Rabbi Jan Aaron Hammel was aggressively shoved, spat upon, and verbally abused in Arabic. The attack sent him to the hospital, and after it he had to walk with crutches.

In 2012, Rabbi Daniel Alter was severely beaten on a Berlin street by four Arab- looking youngsters in the presence of his seven-year-old daughter. Berlin antisemitism commissioner Lorenz Korgel, who was appointed in May 2019, warned that Jews who wear a kippah in public could experience frequent attacks.

Gideon Joffe, chairman of Berlin’s Jewish community, said one-third of the pupils at the Berlin Jewish High School had suffered harassment at non-Jewish public schools. “In the year 2019 our high school is full of Jewish refugees,” he said. The alleged perpetrators are often the children of Muslim immigrants.

The most publicized case of such antisemitism occurred in 2017 at a public school. It concerned a Jewish boy whose first name was changed in the media to Oscar Michalski. His tormenters were pupils of Arab and Turkish descent. An older student shot at the child with a realistic-looking gun and choked him to the point of unconsciousness.

In August 2019, graves of Jewish soldiers killed in WWI were defaced at a large Jewish cemetery. In the same month, a Berlin Jewish woman received a letter containing ashes.

On September 25, 2019, a pro-Palestinian demonstration took place at the Brandenburger Gate. Only a few hours before, the Berlin Senator of the Interior, Andreas Geisel (SPD), prohibited the participation of two rappers, Shadi al-Bourini and Shadi al-Najja, one of whose songs includes the lines: “Burn Tel Aviv down, we want to burn Tel Aviv down” and, about Jews: “I want to trample you under my feet.”

At a Berlin demonstration in 2017, placards were carried demanding the destruction of Israel and an Israeli flag was set on fire, an incident that attracted international attention.

These are only a few examples of the more severe incidents to date. The official – contested — assessment supported by RIAS is that the main perpetrators of antisemitic incidents in Berlin are German and do not come from the 300,000 large Muslim community. RIAS does, however, add that 49% of the perpetrators are “unknown.” Geisel (SPD) has promised to better scrutinize the motives behind antisemitic offenses, saying: “It is obviously unjustifiable to ascribe a motive of right-wing extremism to every one of these unsolved crimes.”

Antisemitic incidents are only part of Berlin’s antisemitism. The year 2019 marked the publication of the first Berlin Monitor, which provides insights into the views of city inhabitants on major themes. The Monitor found that Israel-related antisemitism is thriving in Berlin. Twenty-eight percent of inhabitants with no migrant background regard the establishment of Israel as a bad idea and 35% view the behavior of Israelis as comparable to that of the Nazis under Hitler. Of Berliners with a migrant background, up to 55% agree with these statements.

In this atmosphere, where hatred of Israel is widespread, the Jewish Museum in Berlin has been severely criticized for a number of anti-Israel programs over the years. Ultimately they led to the resignation of director Professor Peter Schäfer in June 2019. Though a renowned scholar, he evidently lacked the managerial capacities required to prevent multiple scandals.

In 2009, the Berlin University of Applied Science, founded in 1971, was renamed after Christian Peter Wilhelm Beuth (1781-1853), a Prussian statesman and virulent antisemite. He called for the murder of Jews and, inter alia, embraced blood libel accusations.

The march on Al-Quds Day, which calls for the destruction of Israel, is an annual event in Berlin. There is also a mosque of sympathizers with Hezbollah. The German government refuses to outlaw local branches of this genocidal terrorist organization.

Yet another issue is the attitude of the local government. Mayor Michael Müller (SPD) has declined to publicly oppose high-profile anti-Israel events in Berlin. He came under renewed criticism this summer when he received the Mayor of Tehran. Berlin State Secretary for Federal Affairs Sawan Chebli (SPD) is the initiator of the Berlin Senate’s Working Circle to combat antisemitism, yet in June 2019 she shared the podium with a Jewish pro-BDS supporter at an event in Berlin.

Finally, there is the two-faced attitude of the German government, which is housed in Berlin. President Frank-Walter Steinmeier (SPD) visited Rabbi Teichtal after he was attacked, but also congratulated the Iranian government, which speaks openly about genocide against Israel. Chancellor Angela Merkel, a Christian Democrat, regularly speaks out against antisemitism – but her asylum policy has brought hundreds of thousands of antisemites from Muslim countries into Germany. She has also expressed solidarity with antisemitic Democrat American Congress members Ilhan Omar and Rashida Tlaib.

FM Heiko Maas (SPD) attended a solidarity prayer service with Rabbi Teichtal at a synagogue in Berlin, yet on his authority, Germany supports a huge number of anti-Israel resolutions at the UN General Assembly. The anti-Israeli deputy FM Niels Annen (SPD) paid a congratulatory visit to the Iranian embassy in Berlin to celebrate the 40th anniversary of the revolution.

In Berlin, three antisemitism commissioners are active. There are detailed plans to combat antisemitism. Yet as long as two-facedness is prominent at the highest levels in the municipality and in government, one can only wonder at the prospects for the fight against Berlin and German antisemitism in either its classic or its anti-Israeli forms. 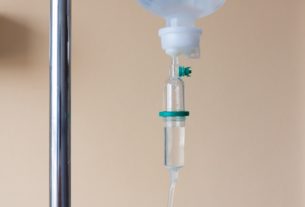 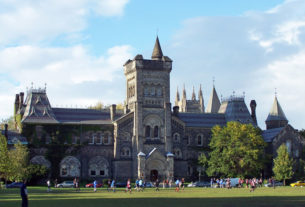 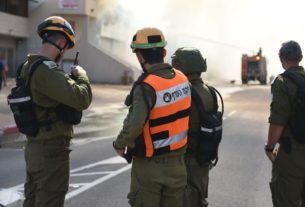