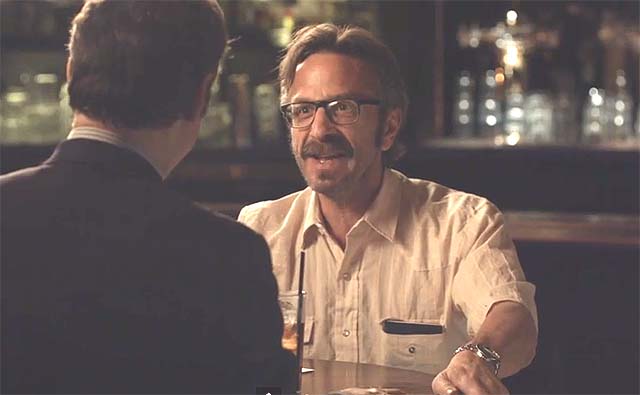 “Wow, if lies were deductions, Trump would pay no taxes! Oh, he didn’t? Never mind.”

Of course,  Sarah Silverman, Marc Maron, and Chelsea Handler had a lot to say about last night’s Trump Biden debate. The President and former Vice President squared off in their first debate of the 2020 elections in Cleveland and Jewish personalities were all over Twitter. Al Franken and Bill Maher also tweeted a lot.

So what did they say?

Chelsea Handler has never been shy when it comes to speaking her mind and she really hates Donald Trump. The comedian even admitted to going to therapy over her anger at his election to the Presidency. She tweeted, “It seems that trump is a lot less intimidating when he’s opposing a white male rather than a white female. A domino message.”

“I just took a drug test, and Trump came up positive.”
“Trump wants to take away your healthcare before the election with no plan to replace it.”

Handler also uses the platform to call on people to vote:

🚨 Everyone who LIVES in CA should complete their#2020Census. You deserve to be counted regardless of background or immigration status. Your information is safe and protected by law. Visithttps://t.co/307wDfUlXp by the Sept. 30 deadline (that’s tomorrow!) 🚨 #CaliforniaForAll pic.twitter.com/ODBwH2IYUv

Sarah Silverman was her usual sarcastic self tweeting, “Congratulation to great friend of the Kazakh people @realDonaldTrump for winning debate today! Impressive and amazing result for a strong premier who always put America and Kazakhstan first!” And, “There’s no debate: If we #TurnTexasBlue, Trump is through.”

Half Jewish host of Real Time on HBO Bill Maher has a slew of comments:
“Wouldn’t know suburbs unless he took a wrong turn” – joe’s best answer of the night.
“This is so much like Thanksgiving with uncles I can smell pumpkin pie”
“This is better when Wallace does the debating with Trump and Joe watches.”
“This Chris Wallace better ask Trump the most important question: if u lose will u respect that result and leave? If not, this debate is…rigged!”
“This “debate” is such an abortion Amy Coney Barrett just declared it unconstitutional.”
“Why even ask Trump how much tax he paid, like he’s gonna suddenly stop lieing. A fact checker’s head just melted like the Nazi in Raiders of the Lost Ark.”

“Wow, if lies were deductions, Trump would pay no taxes! Oh, he didn’t? Never mind.”

Yes, that’s it, this election will be fine if we can just get rid of those damn ballots!

The Jewish conservative political pundit Bill Kristol is no fan of Donald Trump’s. He posted, “After watching that spectacle, how can anyone stay on the sidelines when it comes to this presidential election? Joe Biden wasn’t great, but he was altogether acceptable. But four more years of Donald Trump? You ok with that, President Bush? Jim Mattis? John Kelly? Dan Coats?”
“Well, once one gets past one’s anger and disgust and contempt for Trump and what he has wrought, there is this good news: He’s gonna lose.”

Podcast star, comic and actor Marc Maron said, “Someone should be there reporting this like the Hindenburg Crash. ‘It’s bursting into flames. This is the one of the worst catastrophes in the world. Oh, the humanity!’”

And former Minnesota Senator Al Franken tweeted, “The only way Trump won’t steal this election is if he can’t.”
“Biden should ask Trump when he believes systemic racism ended.”
And on Covid-19 Franken tweeted, “Trump: I saved millions. Um, one million worldwide dead. Why would millions of Americans have died? Trump is just clueless.”

On the Podcast: Slate’s brilliant @Dahlialithwick! Her ebullience belies the awful state of things. Plus, the world premiere of The Day the President Laughed! But back to Dahlia. Here she speaks to how Dems have no play to stop McConnell from confirming a justice. pic.twitter.com/fgNrDJMTlR 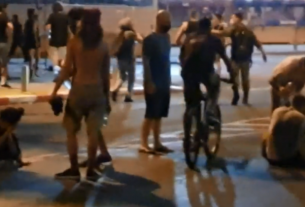 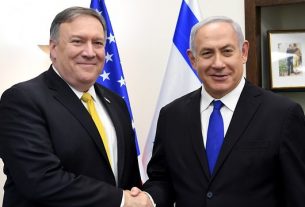 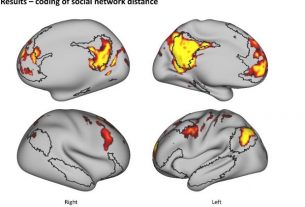