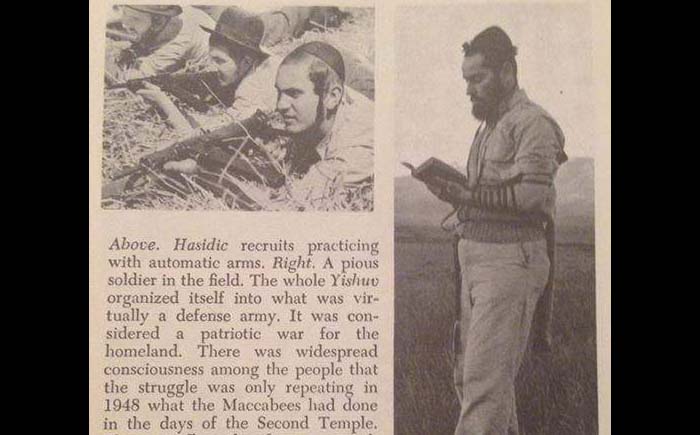 Photo Credit: Screenshot from ‘Pictorial History Of The Jewish People’, by Nathan Ausubel

JTA, which probably would not invite Haredi authors to share their views on intermarriages, homosexuality, kosher slaughtering and circumcision, on Tuesday invited Shimon Rolnitzky, writer, activist and Chassidic resident of Monsey, New York—where last Saturday night a machete wielding black man injured five Jews during a Chanukah Melaveh-Malka meal—to sing a post-pogrom kumbaya (We Hasidic Jews of Monsey must ignore the outsiders who want us to take up arms and politicize our tragedy).

Rolnitzky spends the first thousand words of his essay on glorifying the loving relationship between blacks and Jews, dotted with his own personal anecdotes of bliss and harmony:

“When I stopped at a gas station on Skyline Drive in Ringwood, New Jersey, several weeks ago, the gas station attendant dropped everything and volunteered to show me which products were kosher. He himself uses kosher symbols, he explained to me, because he eats halal.”

And who can forget this one:

“My twin boys were raised with the help of a black woman who developed a taste for cholent and gefilte fish and was extraordinarily loyal to my children. After the attack in Monsey, she called to express worry and sympathy about what happened.”

Which made this writer wonder if anyone has claimed that the entire black community in the US, all 20 million or so of them, are anti-Semites. I’m pretty sure I haven’t.

But I, like practically every sane person who followed the news in the month of December, 2019, couldn’t help noticing that every last one of the two dozen anti-Semitic attacks on religious Jews were carried out by black men and women.

Should we ignore this obvious fact? Should we conceal it?

I’ve read many responses online that suggested just that.

A recent JewishPress.com report that was headlined “Watch: Black Predators Assault Young Chassidic Man in Rush Hour” was called racist by some angry readers, even though every word in it was true: it was a gang of black predators who spotted an innocent Chassidic young man walking down the street and attacked him like mad dogs.

And, as could be seen in the attached video, after he had quickly moved on, trying to evade a full blown confrontation, they picked up the chase a second time.

I trust that the editors of the JewishPress.com would have headlined the story “Watch: White Power Predators Assault Young Chassidic Man in Rush Hour” had those young men been blonde and adorned with Nazi tattoos. But they weren’t. Neither were they Muslim. It so happened that in December, 2019, it was all black thugs doing the Jew hate thing.

After a thousand words that would have made even the late Malcolm X put a quarter in the blue and white JNF pushke, Shimon Rolnitzky finally gets to the reason for which he had been given all this parking space at JTA:

“And we must be wary of those who say that guns are the answer. From the time that Haredi children are very small, we learn to despise weapons. The words of my teacher ring in my ears: ‘Our strength is only with our mouth (praying to the Almighty).’ When we learned the Talmud tractate of Shabbat, the teacher pointed out that the sages say (63a) that a person is not allowed to go around with a weapon on the Sabbath because their purpose is ‘shameful,’ they are a disgusting item. We always heard from our religious leaders that the weapon of a Jew is the voice of Jacob (Genesis 27:22).

“They educated us to be pacifists and talked to us about how nice it will be when the Messiah comes, when ‘nation shall not lift the sword against nation, neither shall they learn war anymore.’ (Isaiah 2:4)”

Let’s unpack: the mishna in tractate Shabbat is not about self defense, it’s about whether or not it is proper to wear a weapon on Shabbat as a kind of adornment, as jewelry, which is Rabbi Eliezer’s opinion, and the Gemara cites Psalms 45:4 – “Warrior, strap your sword at your thigh; [gird on] your splendor and majesty.” Meaning a weapon could add to the beauty of the Shabbat attire.

As to the voice of Jacob, the occasion upon which Isaac makes this statement is when Jacob, with encouragement from his mother, Rebecca, pretends to be his murderous brother Esau, at which point his blind father Isaac says, “The voice is the voice of Jacob and the hands are the hands of Esau.” Indeed, years later, when Jacob is confronted by the angel of Esau who wants to kill him, Jacob fights him, physically, like a Roman gladiator, following which the angel crowns Jacob as a god.

Our sages educate us to be pacifists?!

The very holiday those sweet Chassidim were celebrating when the meshugener black man burst into the house with his machete, was the commemoration of the war waged by five warrior brothers and their father, who chased out of the land of Judea the invading Syrian army along with the Helenized Jews (man, do I miss Rabbi Meir Kahane’s favorite analogy…). Pacifists?

It’s sad to see how Rolnitzky cherry picks from Scripture and the Talmud to come up, out of context, with the destiny of Esau, as foreseen by Isaac, “You will live by your sword, and you will serve your brother. But when you break loose, you will shake his yoke off your neck,” to suggest that the children of Jacob “despise” the sword.

No we don’t, and neither did our sages and our Shulchan Aruch:

“And with regard to a town that is located near the border, even if the gentiles did not come with regard to lives, but rather with regard to matters of hay and straw, i.e., to raid and spoil the town, they may go out against them with their weapons, and they may desecrate Shabbat due to them, as the border must be carefully guarded, in order to prevent enemies from gaining a foothold there.

In other words, Jews must regard misbehaving gentiles as potential murderers at all times, including on Shabbat. And the Shulchan Aruch, which I know Rolnitzky regards as a reliable halachic source, rules (Orach Chayim 329):

“There is one who says that in our times, even if they come for money, we desecrate the Shabbat [to fight them], because if the non-Jew is allowed to plunder his money, the situation would become deadly. (In any event, everything is according to the situation (Piskei Mahara’i Chapter 156).)

For the record, I’m not a big fan of the NRA; I support a strong ban on guns so that only people who can show that they are sane and have undergone training to handle guns competently and who can show a reason why they need guns should be permitted to own guns. But I despise cheap tricks, and the use of Shimon Rolnitzky’s bizarre essay to support a progressive agenda he probably would not support if you threatened to take away his last piece of herring at a shalosh seudos, is a cheap trick.

Incidentally, JTA included a video of Rabbi Rottenberg, whose house had been invaded, saying that had anyone there possessed a gun things would have been much worse. I agree, because I know the good rabbi envisioned some untrained members of his own flock trying to use a gun, but you know, we do have the commandment (II Samuel 1:18): “to teach the people of Judea archery.”

Buy guns with a permit, get properly trained in using and handling your gun, and defend yourself against rabid anti-Semites. 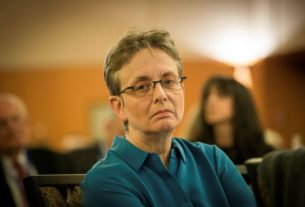 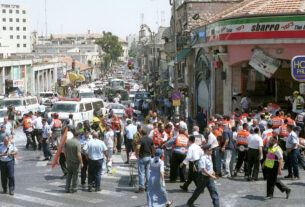 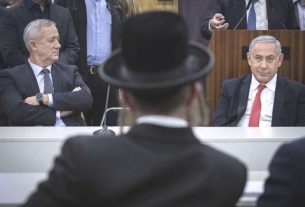