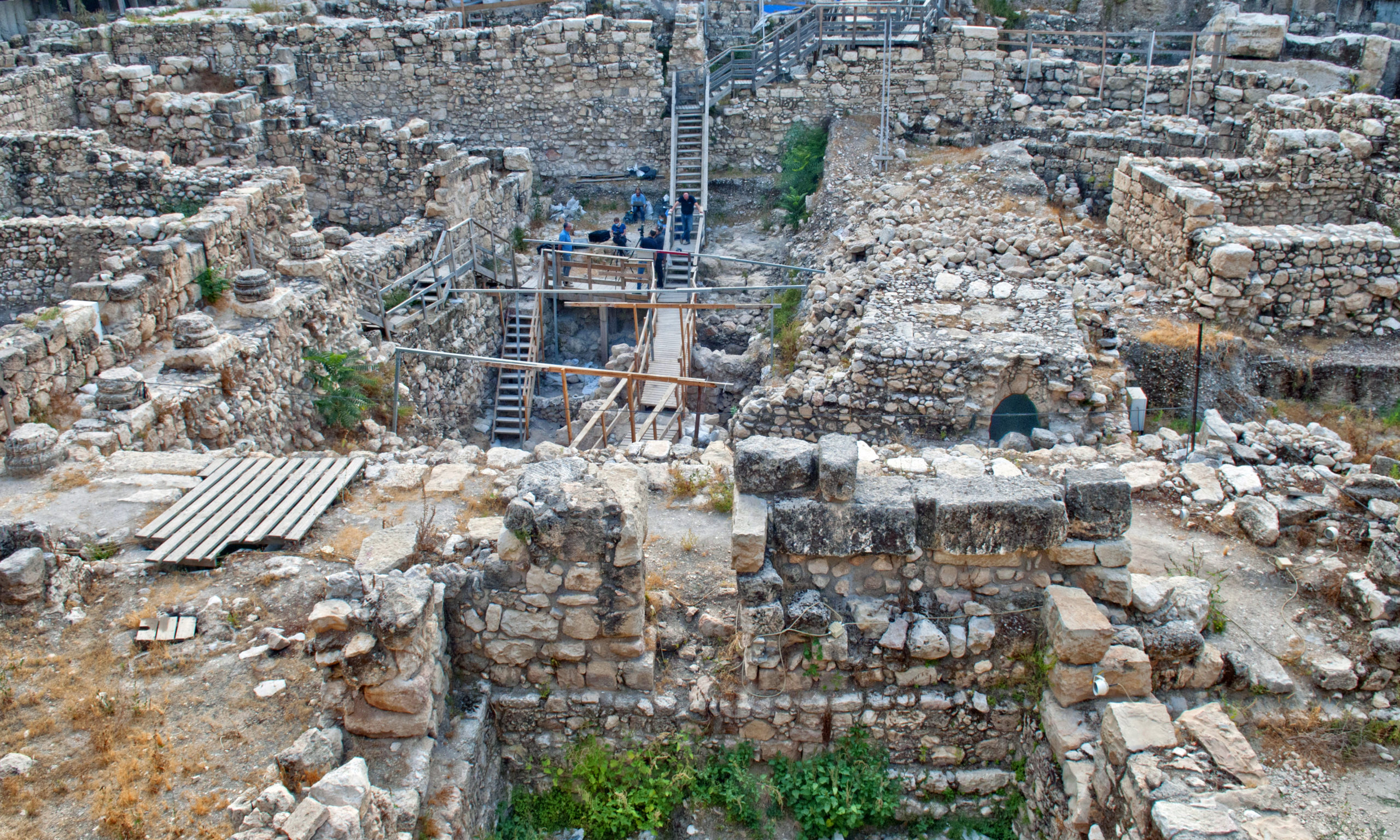 The discovery of the magnetic field during the destruction of Jerusalem is a novel chronological anchor for archaeomagnetic dating – with specific-day accuracy.

Every year on Tisha (9th) B’Av (August) Jews around the world fast in remembrance of the destruction of the First Temple during the Babylonian conquest of Jerusalem in 586 BCE.

For the first time in history, Israeli scientists have discovered the ever-changing magnetic field. The “Holy Grail” of Earth sciences.

The interdisciplinary scientists Ph.D. Yoav Vaknin from TelAviv University, Department of Archaeology, and his team, in collaboration with Dr. Ron Shaar of the Hebrew University of Jerusalem, and Dr. Yiftach Shalev from the Israel Antiquities Authority, have succeeded to measure earth’s magnetic field in that specific day – revealing the immensity of the destruction of Jerusalem by the Babylonians. 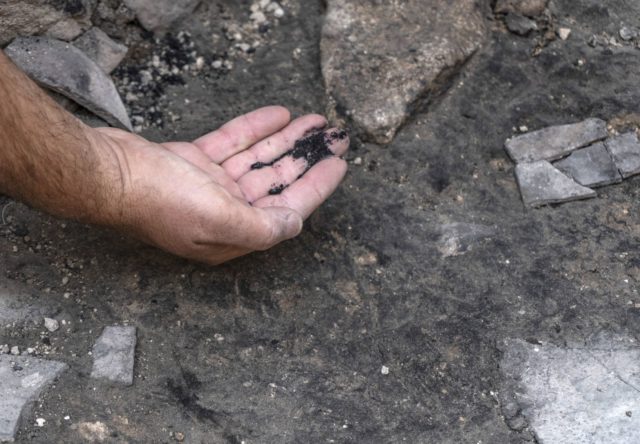 The discovery of the magnetic field during the destruction of Jerusalem is a novel chronological anchor for archaeomagnetic dating – with specific-day accuracy.

Magnetic measurements have also proven that during the time of the destruction of the First Temple another grand building in Jerusalem was burned, probably intentionally, and the floor of the upper story, held up by massive wooden beams, collapsed as a result of the fire.

This groundbreaking study, published close to 9th of Av 2020 in the scientific journal PLOS ONE.

Oscillation in the earth’s magnetic field has been defined by Albert Einstein as one of the five great mysteries of physics.

The magnetic field that surrounds the earth is invisible, yet it plays an important role in the planet’s life. It serves as a screen that protects the earth from radiation coming in from outer space, enabling life to develop and flourish, and is used as a navigation tool by humans, birds, and marine mammals.

Despite its importance, however, we know very little about the earth’s magnetic field: How is it generated by the planet’s core? How and why does it fluctuate? And how do its fluctuations impact the earth’s atmosphere?

To answer these questions and explain the magnetic field’s enigmatic behavior, geophysicists try to reconstruct its behavior during periods before direct measurements began.

For this purpose, they can use archaeological findings — such as bricks, roof tiles, pottery sherds, and furnaces – that ‘recorded’ the magnetic field as they were burned.

These findings contain magnetic minerals that were re-magnetized in accordance with the direction and magnitude of the field at that specific point in time — providing a window onto the history of the earth’s magnetic field. The destruction of Jerusalem can serve as an exceptional chronological anchor for archaeomagnetic dating — accurate down to a single day.

In the process of an archaeological excavation currently conducted at the City of David, excavators found a grand public structure with a high-quality plaster floor.

“We dated the destruction of the structure to 586 BCE — the destruction of Jerusalem by the Babylonians, based on smashed pottery vessels typical of the end of the First Temple period, found on the floor. Apart from the broken utensils, we found signs of burning and large quantities of ashes” the lead authors said. 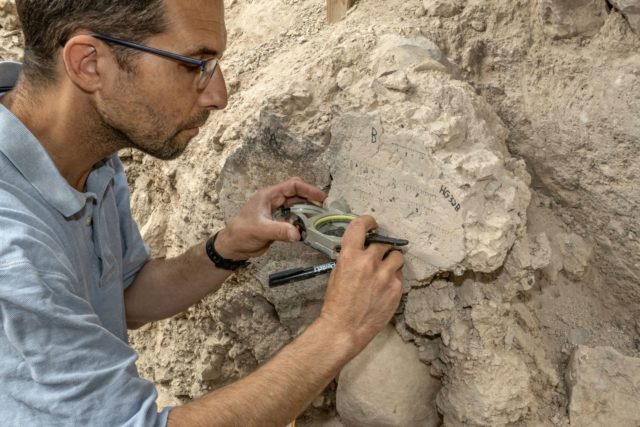 “The findings are reminiscent of the 2nd Book of Kings chapter 25 verse 9: ‘And he burnt the house of the LORD, and the king’s house, and all the houses of Jerusalem, and every great man’s house burnt he with fire.’” they added.

In this particular “important building” that burned down, excavators found a large section of floor that had collapsed from the top story — and by measuring the magnetic field recorded in this fragment, the researchers were able to reveal earth’s magnetic field at the time of the fire.

PhD student Yoav Vaknin of TAU sampled fragments of flooring scattered around the site and measured the magnetic field recorded in them at the Paleomagnetic Laboratory of the Institute of Earth Sciences at the Hebrew University.

“The purpose of this study was twofold,” says Vaknin. “One goal was to rediscover the direction and magnitude of the magnetic field on the day of Jerusalem’s destruction. The other was to understand what the magnetic data recorded in the floor fragments can tell us about the destruction itself. Even without measuring the magnetic field we could assume that this grand building was destroyed in the event of the destruction of the First Temple, but the magnetic measurements proved that the building had been burned down, at a temperature higher than 932F, probably intentionally, and that the floor, supported by massive wooden beams, had collapsed during the fire.” 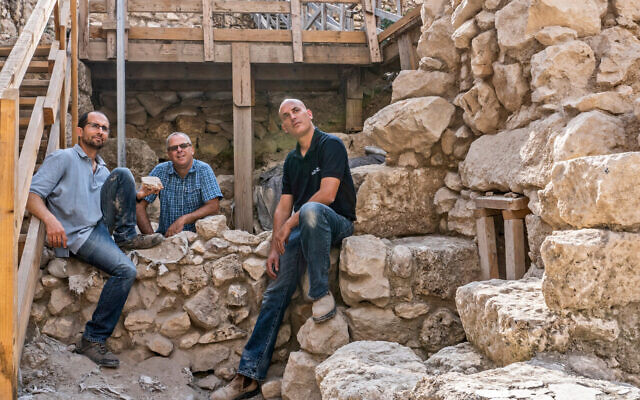 Vaknin adds: “We drew this conclusion from the fact that most of the floor’s fragments, cooling down after the collapse, recorded the same magnetic direction — regardless of their arbitrary position after falling from above. We were able to link the destruction of Jerusalem with the recording of earth’s magnetic field, thereby contributing to both geophysical and archaeological research. This is truly extraordinary. The archaeomagnetic method also has implications for future research. If we find a similar destruction layer with similar pottery at another site tomorrow, we will be able to compare the magnetic fields recorded at the two different sites, enabling us to determine whether the other site was also destroyed by the Babylonians.”

Dr. Ron Shaar of the Institute of Earth Sciences at the Hebrew University: “Measuring magnetic data from a floor burned thousands of years ago is no trivial matter. We had to characterize the magnetic particles, understand how the magnetic data was coded in the material, and develop measuring techniques enabling us to read this data. Nature hasn’t made life easy for us. Thus, a significant part of the analytical work we do at the paleomagnetic lab is investigating the magnetic properties of the archaeological materials. Fortunately, in this particular study, Yoav was able to decipher nature’s magnetic code and give us important information from several angles: historic, archeological and geomagnetic.” 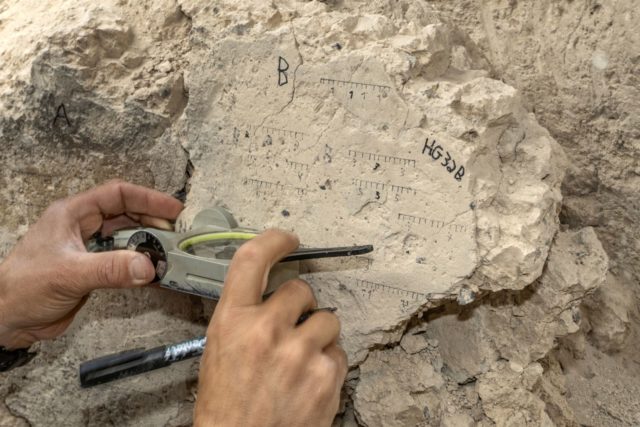 Vaknin concludes: “In order to reveal the magnetic field we need sources of information from well-anchored points in history. We very rarely have a historical event that occurred thousands of years ago that we can date so accurately — down to the year, month and even day, like the destruction of Jerusalem. It’s important to understand that despite disputes about the overall historical validity of the Old Testament, the description of the events that occurred in the Kingdom of Judea during its last 100 years was written almost in real time — and the Biblical text is generally considered reliable for this period. The destruction of the First Temple is corroborated by numerous archaeological findings from the Land of Israel in general and Jerusalem in particular, such as royal storage jars with rosette stamped handles and seals and seal impressions with names mentioned in the Biblical text.” 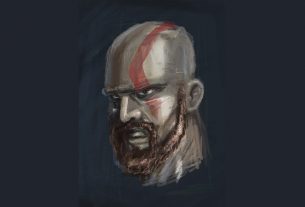 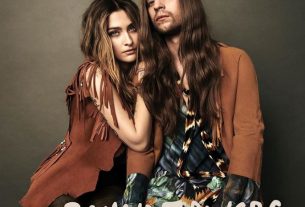