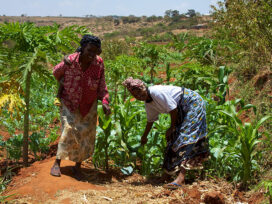 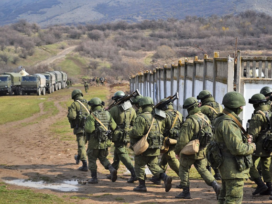 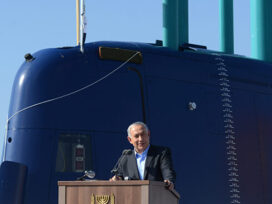 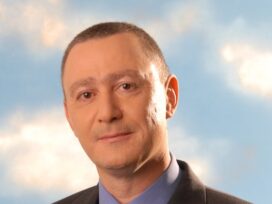 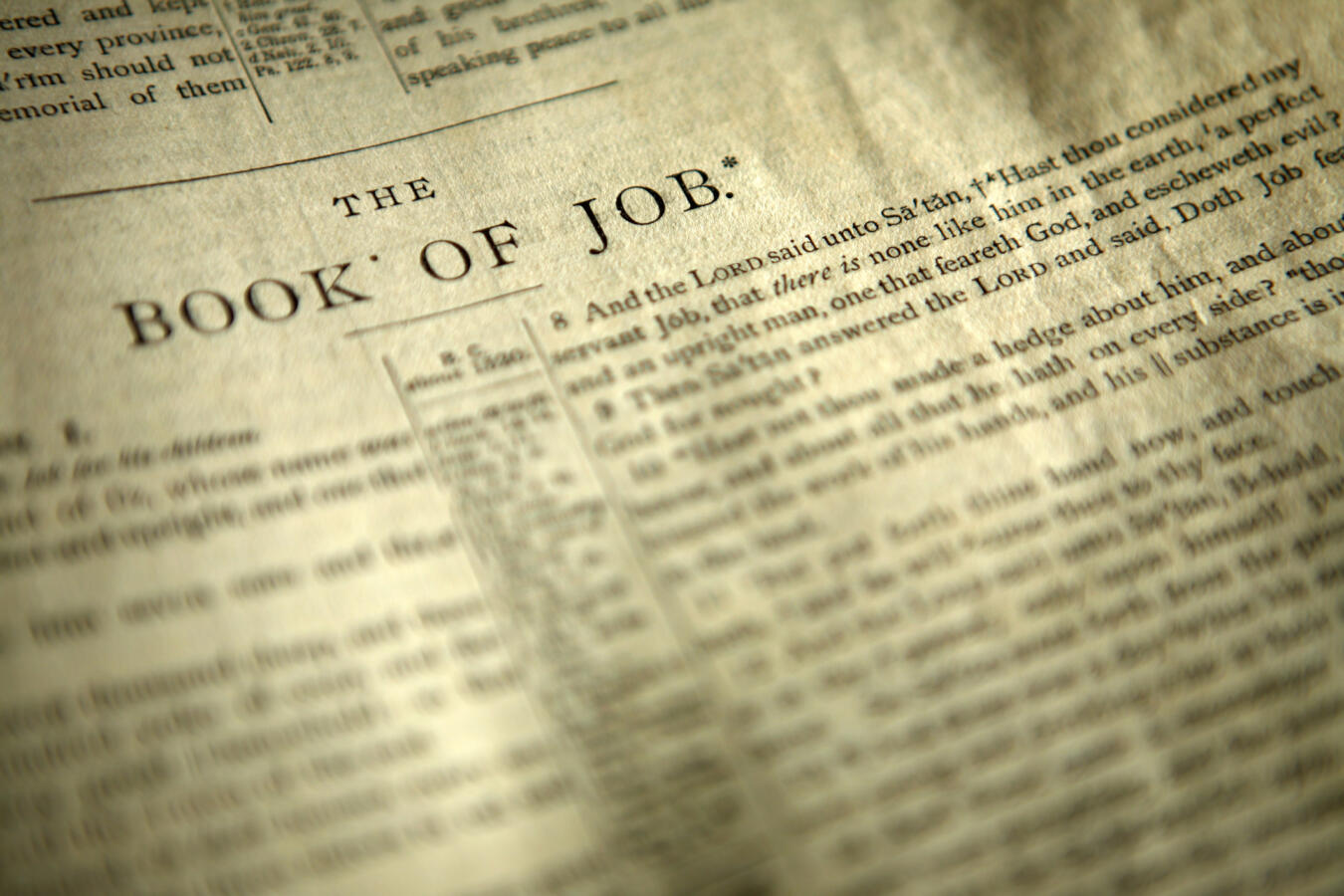 Many books of the Hebrew Bible are read in synagogue. The Torah is read in full on a yearly cycle, with one of 54 Torah portions read each week (sometimes two are combined so that the Torah is completed in the year). Likewise, selections from the prophets (haftaraot) are also read each week. Five megillot — Song of Songs, Ruth, Lamentations, Ecclesiastes and Esther — are read on various Jewish holidays over the course of the year. But many other books are not read cover-to-cover as part of the synagogue service — and this includes Job.

This does not mean that Job has no bearing on Jewish prayer or practice. Quite to the contrary! The Book of Job is not just a long, difficult, upsetting book for curious or restless Jewish intellectuals to read outside of synagogue. Key lines from the book have found their way into everyday Jewish prayers and the High Holiday liturgy. Job has also profoundly shaped Jewish mourning rituals.

One of the most recognizable lines from Jewish prayer is the prayer for peace that comes at the end of the Amidah and the Mourner’s Kaddish: Oseh Shalom. It is in fact a line from the Book of Job, which actually comes from the mouth of one of Job’s friends, Bildad, who is speaking of God’s enormous power and righteousness:

Dominion and dread are his (God’s);

He imposes peace in his heights. (Oseh shalom bimromav.)

In the Book of Job, it is a line about God’s might — so awesome that God can actually quell warring angels and impose peace on them. The Jewish prayer adds on to the line: hu ya’aseh shalom aleinu — “May he bring peace to us.” The prayer takes on a sense of request and yearning for peace.

Another line from Job makes its way into the regular evening service, Maariv (in the paragraph that begins “Emet v’emunah”). This one comes from the mouth of Job:

Who performs great deeds which cannot be fathomed,

And wondrous things without number.

In context, Job is lamenting God’s power. His complaint is that God is so powerful Job has no chance of winning his suit against God for unjust suffering. But in the context of Maariv, the meaning of this line is reversed; it is an acclamation of God.

We’ll give one more example. A popular Shabbat zemer (table song) borrows a line from Job, chapter 3. Here Job, having just recently been struck with multiple calamities, wishes he had never been born and speaks of death as though it were a blessing:

There the wicked cease from troubling;

There rest those whose strength is spent. (Sham yanuchu ygiye koach.)

In the zemer, the meaning of the second half of this verse is completely transformed — it becomes an exclamation about the joys of resting on Shabbat.

The Book of Job is renowned for its artful use of language. Although the book itself represents the most daring challenge to God in the entire Bible, Jewish liturgy has no hesitation about borrowing lines from this elegantly written book and transforming them into beautiful prayers that bring the Jewish people closer to God.

Job and the High Holidays

On Rosh Hashanah and Yom Kippur, Jews confront their failings and their mortality. They consider the ways that they have fallen short in the previous year, and they endeavor to make amends and wipe the slate clean for the coming year. This season is also, in its own way, a rehearsal for death — a reminder that our lives will all come to an end, and that we should not take them for granted.

During this season, Job finds its way into the mahzor, the High Holiday prayer book. For instance, this line is said during the Amidah on Rosh Hashanah morning:

He is one; who can dissuade him (God)?

Whatever he desires, he does.

Elie Wiesel, Holocaust survivor and Nobel prize winning author who wrestled with the Book of Job, explains the reason that Job is also quoted throughout the Yom Kippur service: “So humble is his language that many of his lines are being used in our liturgy for Yom Kippur, the holiest day of the year, the Day of Atonement. What is man? Only a shadow. What is life? A passing whim. What is human ambition? An illusion in the desert … What is man that you should as much as notice him?” Each Yom Kippur, as we try to search our souls, to contemplate our finiteness, and yet still seek comfort, Job — who faced suffering in a way hopefully few of us will — helps us.

Learn more about Elie Wiesel’s thoughts on the Book of Job.

In addition, there is a tradition (Mishnah Yoma 1:6) that on the night before Yom Kippur, the high priest would listen to the Book of Job read aloud. This would prepare him for the awesome job of atoning on behalf of all Israel.

Judaism is renowned for its mourning rituals which hold the mourner close to the community for a full year in recognition that grief is long and slow to subside. Thus, there are rituals for the moment of death, the hours after death and before burial, the first week after burial (shiva), the first month after burial (sheloshim) and the first year after burial (daily recitation of the Mourner’s Kaddish and finally an unveiling of the tombstone). But few know that many of these rituals are drawn directly from Job. This is because Job is not just a book that struggles with the massive unfairness of the universe, with the pain that good people inevitably experience. It is also a book about how one righteous person dealt with overwhelming grief. For this reason, the tradition has looked to it for lessons in bereavement.

In response to his misfortunes, including losing all of his children to death, Job tears his clothes and sits on the ground (Job 1:20) — as many Jews do today when they lose a loved one.

In the very next verse, Job utters one of the most famous lines in the entire book, something that is very difficult to say but that many find comforting. It is recited by many Jewish mourners to this day:

God has given, God has taken, blessed be the name of God.

After an initial outburst of pain, Job next lapses into silence. His grief overwhelms him and he is unable to speak. When Job’s friends come to comfort him, they honor this silence — this is their finest moment in the whole book. Similarly, Jews behave the same way in a house of mourning. They say little and wait for those in mourning to initiate conversation.

Job is a difficult book in many respects. It forces us to confront the unfairness of human suffering — the sheer volume of which is heaped upon people who do not deserve it. It requires us to reckon with the fact that we are not immune to such suffering, that we too are as vulnerable as Job. The book also challenges the theology of the Bible. And yet, somewhat surprisingly, it also has had a significant impact on Jewish liturgy. It lends beautiful lines to Shabbat and weekday prayer, it finds its way into the High Holiday liturgy and it shapes the mourning rituals of Judaism which are widely considered to be so thoughtfully constructed.

The post Job in the Synagogue appeared first on My Jewish Learning. 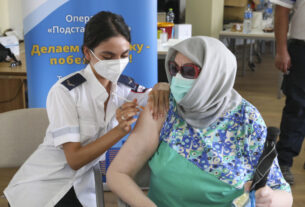 COVID, not Pfzier vaccine, more likely to cause serious side effects – study 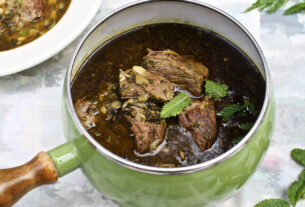 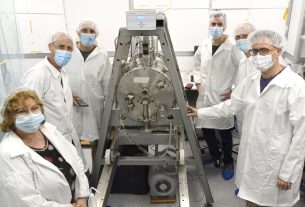