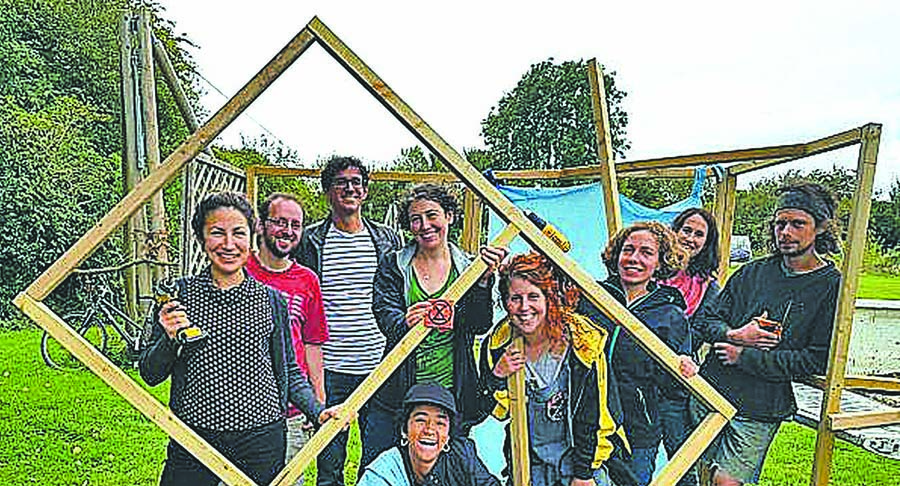 Extinction Rebellion Jews erected a sukkah in the center of London last week to draw attention to climate change.

Rabbi Jonathan Wittenberg, who attended the event, told The Jewish Press, “Lots of us feel that to do our utmost for the environment is our most important duty in the world today. It is G-d’s world. We need to honor and respect it and change the way we live in it.”

The emeritus Reform rabbi was arrested for kneeling and praying in the middle of a busy road. He was among nearly 1,500 protesters arrested.

The rabbi said, “[M]illions, or hundreds of millions of people, are already at threat because of the changing climate. I see it as my religious and moral duty to stand up for what I believe in and what I care about.… I’m elderly. I have come to the end of my working life…. I can afford to be arrested.”

The MP for Derby North had his Labour membership suspended in February after he claimed the party was “too apologetic” over anti-Semitism in its midst. He was re-admitted to the party in June, but suspended again days later after a backlash from the Jewish community. He appealed the suspension at the High Court.

Board of Deputies president Marie van der Zyl welcomed the High Court’s decision, saying, “The High Court’s rejection of Chris Williamson’s bid for reinstatement leaves two remaining questions. Why Labour took so long to suspend him and why he has not yet been booted out. This serial baiter of the Jewish community must now be expelled from the Labour Party without any further delay.”

Nottingham University, however, went ahead with a planned Williamson speaking engagement at the weekend, despite protests from the Union of Jewish Students and Nottingham Jewish Society. At the event Williamson had a heated exchange with a student who accused him being anti-Semitic.

A supply teacher in a London school reportedly told a class with a high proportion of Jewish pupils to “better finish your work off quickly, or I will ship you off to the gas chambers.”

A spokesperson for Newberries Primary School in Radlett said, “We can confirm that last week we were made aware that an alleged racist comment had been made by an agency teacher working with the school. We acted immediately and our governors and leadership team are conducting a full investigation. The agency teacher will not be returning.”

* Hate crimes against Jews more than doubled in a year, according to British Home Office figures. Police recorded 1,326 incidents between 2018-19, compared to 672 in the previous year.

* The British supermarket chain Tesco has invested in an Israeli start-up company whose technology allows shoppers to pick up goods and leave the store without waiting on line.

The technology uses artificial intelligence and a network of cameras to chart customers’ movements in stores and then charge them on their phone.

* A teenager, accused of terrorism charges, planned to blow up synagogues in the Durham area, according to evidence given at Manchester Crown Court.

The 16-year-old, who cannot be named, wanted to model himself on Hitler. Police found Hitler’s Mein Kampf at his home. 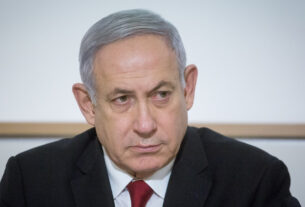 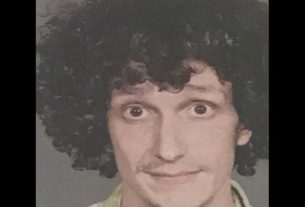 On Eve of Chanukah Man Sets Fires at YU Dorm 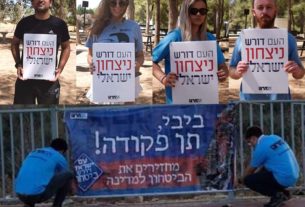