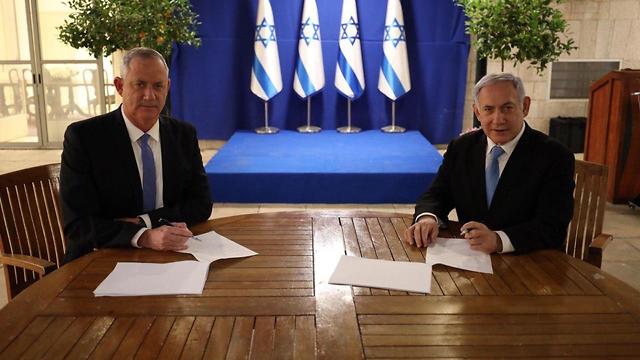 After about a year and a half of an unprecedented crisis and three election campaigns, Israel will soon have a government

After about a year and a half of an unprecedented crisis and three election campaigns, Israel will soon have a new coalition government.

The Likud and Blue&White signed an agreement on Monday evening to form a rotating government with 36 ministers and 16 deputies. The government is expected to be in effect for three years instead of normal four.

Blue & White will receive 16 seats in the government, including security, law, immigration, culture and sports, economics and welfare, communication, agriculture, strategic affairs, tourism, social equality, and the diaspora.  Blue&White will also receive the heads of the Knesset Foreign Affairs Committee, the Knesset Committee, the Interior Committee, and the Education Committee.

Likud will also receive the central committees in the Knesset: finance, constitution, labor and welfare, Corona, absorption and economics. In addition, the UN ambassador will also be from the Likud. The Interior and Health portfolios will be held by the Likud Partnership.

Regarding the Judiciary Committee, it was agreed that there will be two Likud representatives and Zvika Hauser will be the “opposition representative” on the committee.

The Labor Party will also join the coalition.

Under the agreement, applying for sovereignty under the Trump plan could happen on July 1. In Blue&White, they said that “the Trump plan will be promoted responsibly while maintaining the strategic assets of the State of Israel and stability in the region.”

In addition, the nationality law will remain unchanged.

Yesh Lapid chairman Yair Lapid said of the agreement: “So the compromise in the judicial selection committee is that Bibi elected all the representatives to the committee. Gantz and Ashkenazi agreed to let the defendant in criminal appoint the judges to discuss his case. There is no limit to the disgrace.” 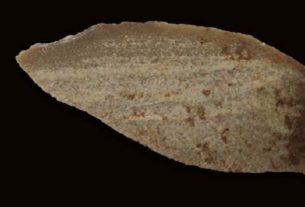 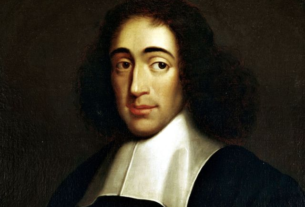 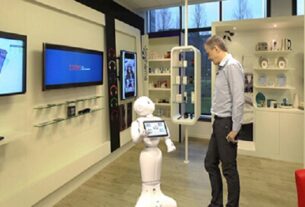