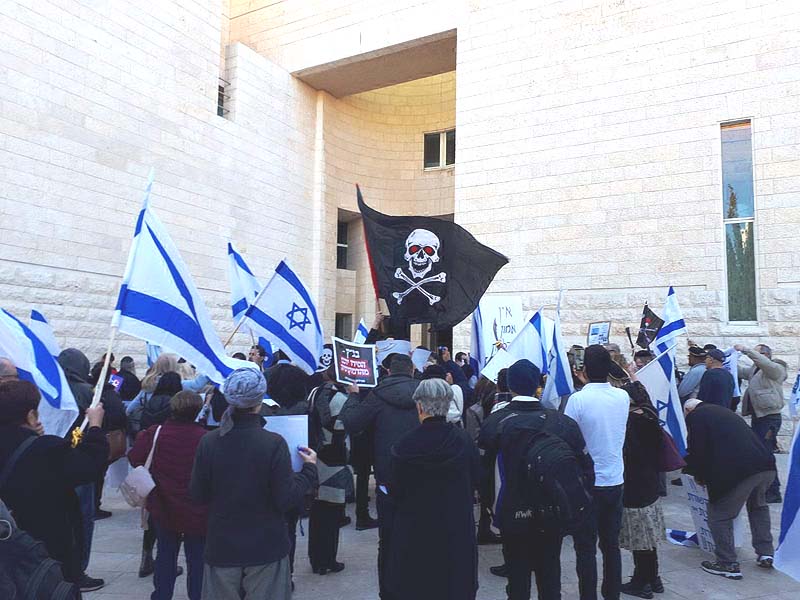 Dozens of demonstrators in pirate costumes gathered Tuesday morning outside Israel’s High Court of Justice in Jerusalem to protest what they dubbed the “judicial piracy” of the court.

The rally, organized by Im Tirtzu, was held in response to the court’s hearing on whether Prime Minister Netanyahu would be permitted to form a coalition following the March 2 elections, while facing criminal charges.

The demonstrators waved pirate flags, chanted “Stop Robbing our Democracy” and “Only the People Will Decide,” and called on the court to abandon its judicial piracy.

Israel’s elections law says an incumbent prime minister facing charges can continue to serve until he or she are convicted. But at this point, Netanyahu is only an interim prime minister, and when the elections come around he would be equal to any other newly elected MK asking for the president’s mandate to put together a coalition government. The question, which the law does not answer, is: should an MK facing criminal charges be allowed to form a new government?

The demonstrating pirates outside the high court believe that those criminal charges are meaningless without a conviction, and so Netanyahu, who would presumably represent a majority of the voters after the next elections, remains innocent until proven guilty.

According to the pirates, entertaining the notion of overlooking the will of hundreds of thousands of voters over an unproven charge, is yet another instance of judicial overreach by a court that considers itself superior to the other two branches of government.

Israel’s top court convenes in two separate capacities: the first is similar to other supreme courts in the West, where the court hears petitions regarding cases which had climbed up the normal chain of appeals, starting in local courts; and a second function, as the High Court of Justice (Bagatz) which can be approached directly with petitions against government actions, even by petitioners without standing in those cases. There is no other such court on the planet, which, naturally, has boosted the court’s powers to the point Israelis on the right and on the left believe to be tyrannical.

On Monday night, thousands of plainclothed demonstrators (no pirate suits) gathered at Habima Square in Tel-Aviv to protest the judicial coup being waged against the voters by Israel’s justice system.

Im Tirtzu CEO Matan Peleg said “something rotten has taken hold of Israel’s judicial system in recent years. It is no surprise why the majority of Israeli citizens feel a lack of trust in the judiciary. The justices at the High Court of Justice are letting their own political leanings and biases supersede the will of the people. The time has come to say loud and clear: stop robbing our democracy!” 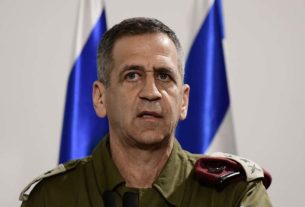 IDF Chief of Staff Kochavi: ‘Sometimes War is a Solution’ 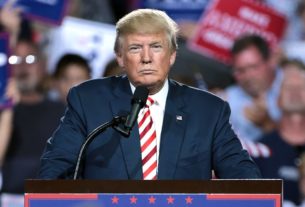 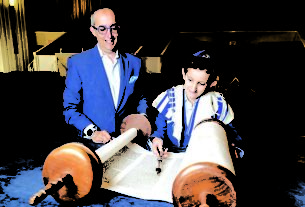