Recap: Last installment we discussed the religious response to Haskalah and its push for education, modernization and acculturation. The Hirschian approach, encapsulated by the phrase “Torah im derech eretz,” allows for progress that can ultimately enhance one’s avodas Hashem as long as it does not contradict the Torah. The Chasam Sofer approach, conveyed by the motto “chadash assur min HaTorah,” encourages avoiding newness, only allowing for progress that is specifically sanctioned by the Torah.

What 19th century religious Jewry discovered upon waking up in this rapidly-evolving world of railways and typewriters, cameras and telephones, was that it had been slapped with a new title, one which it did not recognize: Orthodox.

As Rav Hirsch wrote, “It is not orthodox Jews who introduced the word orthodoxy into the discussion. It was the modern progressive Jews who first applied this name to old and backwards Jews, as a derogatory term. This name was at first resented by old Jews and rightly so. Orthodox Judaism does not know any varieties of Judaism. It conceives Judaism as one and indivisible. It does not know a mosaic, prophetic and rabbinic Judaism nor orthodox and liberal Judaism. It knows only Judaism and non-Judaism” (“A Jew in the Modern World: A Sourcebook” pg. 199).

Regardless of the semantics, religious Jewry, or Orthodox Jewry if you will, quickly set about developing its defenses against the blitzkrieg of secularizing forces. While these “movements” may appear to be innovations, like its new-fangled name, Orthodox Jewry simply dug out its oldest and most dependable strategy – Torah learning and dedication to the service of the Creator.

The traditional learning experience had usually been fundamentally individualized and informal. Boys would gather at the home or local shul of their rebbi, receiving guidance as they progressed in their studies, just as they had done for centuries. Documents describe how young students would move from a more modest teacher’s “table” to a more learned teacher’s one, some making their way to the most coveted “tables” of rabbinic sages. Yet this old model was in decay during the early 19th century.

Rav Chaim Volozhin emerged as a great visionary in 1803, seeking to establish a large central house of learning which would provide a structured environment for Lithuanian bochurim: a curriculum, classes, and tests. The famed Volozhin yeshiva started the trend, quickly birthing a chain of similar institutions across Europe such as Mir, Radin, Telshe, Slutsk and many more, some of which would eventually make their way across the world to the United States and Israel.

The yeshiva movement breathed life into an ossifying system, a learning model that was being abandoned in favor of university, philosophical secular movements or simply a craft or job, as the thought was that Torah learning threatened to give way to ignorance, secularism and apathy.

One Lithuanian scholar, Rabbi Moshe Yosef of Krinak, describes the decline in Torah study preceding the Volozhin revolution, “Before the Yeshiva was founded by him, the world [of Lithuanian Jewry] was desolate, empty, and formless, for no one then knew even the name – yeshiva – and what was its purpose and way of life. No longer was there any fame of scholars or popularity for Talmudic scholarship, for the world was devoid of intensive Torah (study). Even the holy books such as copies of the Talmud, were not to be found anywhere, except in the possession of certain exceptional people who were wealthy. Even in the synagogues of large communities there was not a complete set of Talmud to be found” (Quoted in Berel Wein, Triumph of Survival, pg 123).

The atmosphere of intense Torah study within a structured environment provided the regulation and guidance that young men needed to study.

(Interestingly, this is the period where we see the rise of the “alte bachor.” Young men would sit in yeshivos deep into their twenties, being that the setting provided ample spiritual rewards and simultaneously acted as a protection from the assimilating forces outside.)

Although Chassidus precedes the Haskalah movement, it strengthened and morphed into a force against secularization, and ultimately proved to be one of Haskalah’s greatest foes. It preached ideas that are broadly accepted by religious Jewry today – G-d’s Presence does not reside in the distant heavens but rather is all around us, physicality and even evil contain elements of good that can be salvaged and uplifted, prayer is a primary method for connecting and developing a relationship with the Creator, and joy is a necessary feature in religious practice.

Although fairly uncontroversial in 2019, some of these concepts were certainly controversial in 1750, seemingly contradicting the idea that Torah study precedes all, service of G-d should be approached with solemnity and awe, and distance from physicality will bring humanity to greater spirituality.

Yet the insularity and communal nature of Chassidus provided followers with a sense of inclusion and identity, as did the tzaddik, the Rebbe, whose fatherly approach contributed to the feeling of “family” and community. (Haskalah’s vicious attacks were often most insidious when targeted at chassidim, whom it viewed as the embodiment of everything foolish, backward and superstitious.)

This development was a fascinating one, and also perhaps more dynamic and complex than most assume. While traditionally the word mussar conjures up images of avodas hamidos, refining one’s character, what Rav Yisroel Salanter hoped to achieve with this brainchild was something much more far-reaching.

Weaving together an image of a princely Jew, one who is spiritually rich through ethics and Jewish philosophy, cognitively engaged through Torah learning that is simple and accurate, and a general model of regal, dignified behavior, Rav Salanter hoped to root out certain moral failings that had crept into the Jewish community over the course of the long and terrible exile. Propping up the concepts of cleanliness, complete honesty in all financial and personal interactions, courtesy and self-respect, this pious leader envisioned a movement that would inject the Jewish people with pride in its Jewishness. In other words, mussar was never intended as a side show, something to dabble in for a few minutes a day, rather, it was intended as a lifestyle and an entire paradigm shift.

Ironically, Haskalah first believed Mussarists would become allies, partners in the mission of “ennobling” the Jewish people, although it did not take long to realize its error. Mussar houses popped up throughout Lithuania, however, the movement remained relatively small, although well sustained. Interestingly, mussar leaders created their own anti-Haskalah publication, one of the only religious groups to do so, (mostly because non-Jewish authorities oftentimes did not allow the religious to produce their own material, as will be discussed in a future installment).

Yet despite Rav Salanter’s obvious opposition to secularization, one Haskalah publication saw fit to praise him because the Rav’s son, who became irreligious, won a mathematics award. (This was overwhelmingly common – Haskalah’s secularizing influence hardly left any family untouched. There are incidents of community leaders renouncing their roles as rabbanim after some or all of their children assimilated).

Always seeking deceptive ways to sway religious Jews and encourage Haskalah themes, the publication (“HaMagid”) wrote, “The great rabbi and teacher, Rabbi Yisroel Salanter of Kovno…[whose son, Lipman] is a crown to his sainted and learned father, who did not prevent his son from studying in the university, so that thereby Torah and wisdom will be united in the person of his son, for the glory of our people” (Ibid pg. 197).

Compelled to refute the assumption that he was proud of his son’s accomplishments, Rav Yisroel Salanter wrote the following response as a letter to the editor: “Since truth has been the guiding light of my life, I am compelled to publicly announce that my son is not a “crown” for me as you editor indicated, but rather the opposite is true. He is a source of disappointment and sadness and my heart weeps over his way of life. Anyone who loves him and can influence him to change his way and not go counter to my soul and wishes will do a great favor to me this very day.”

Jewish activism has always been alive and well.

Reinventing itself, reviving old ideas within a new framework, restructuring communal norms and lifestyle patterns is as inherent to Jewish history as is fervent Torah study and the production of scholars and luminaries.

Jewry is, ever vigilant, ever driven, to preserve its Orthodoxy, to ensure Jewish survival through religious commitment. In the words of Rav Shamshon Raphael Hirsch, “[Judaism] does not know orthodox and liberal Jews. It does indeed know conscientious and indifferent Jews, good Jews, bad Jews or baptized Jews; all nevertheless, Jews with a mission which they cannot cast off.”

Protecting that mission has been the lifeblood of the Jewish people. 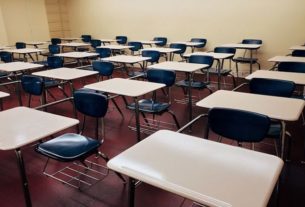 Updated: No School on Wednesday 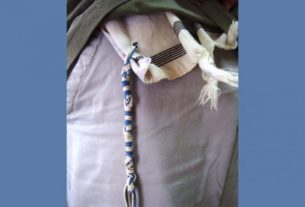 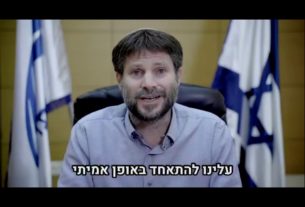