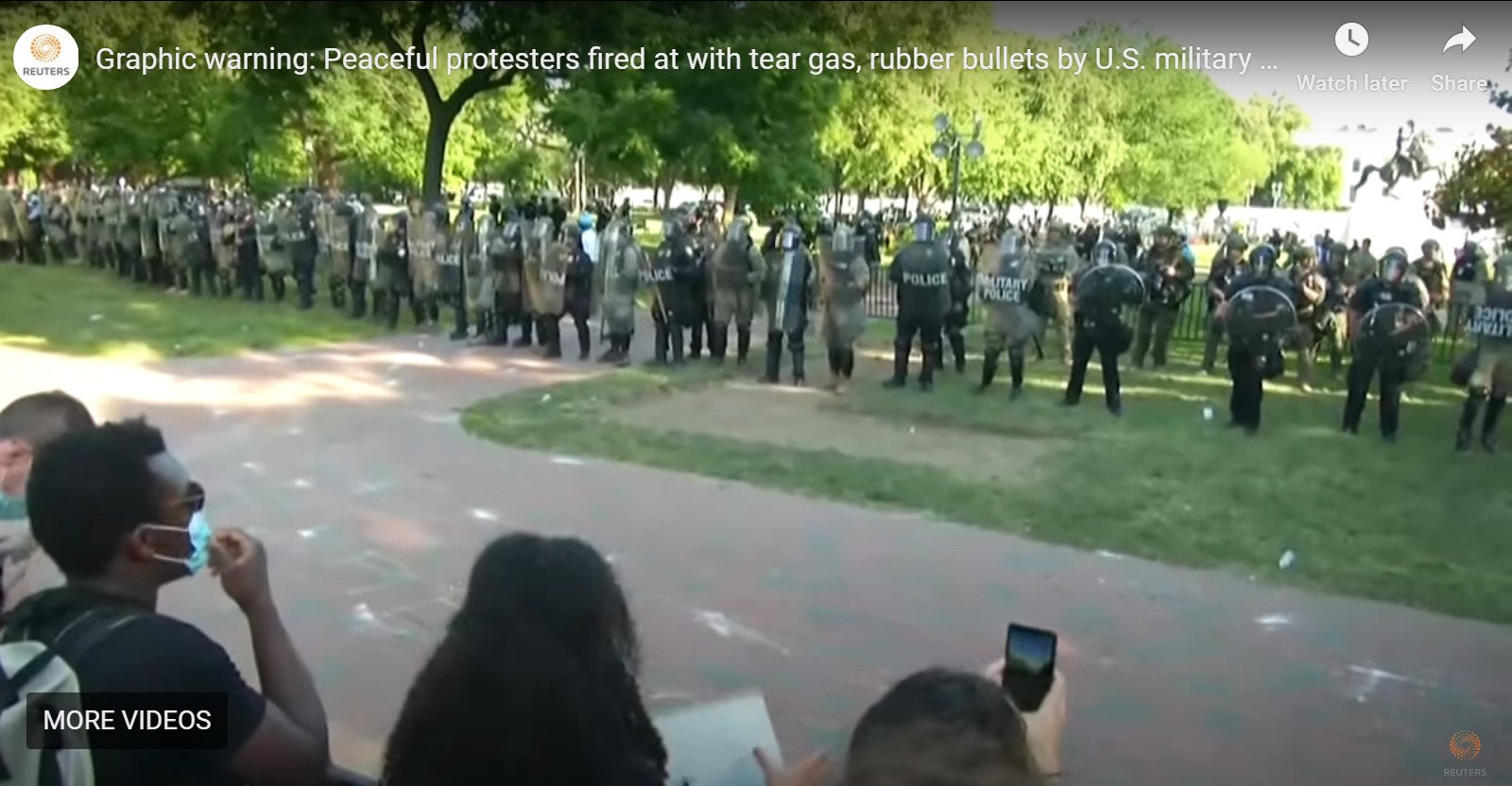 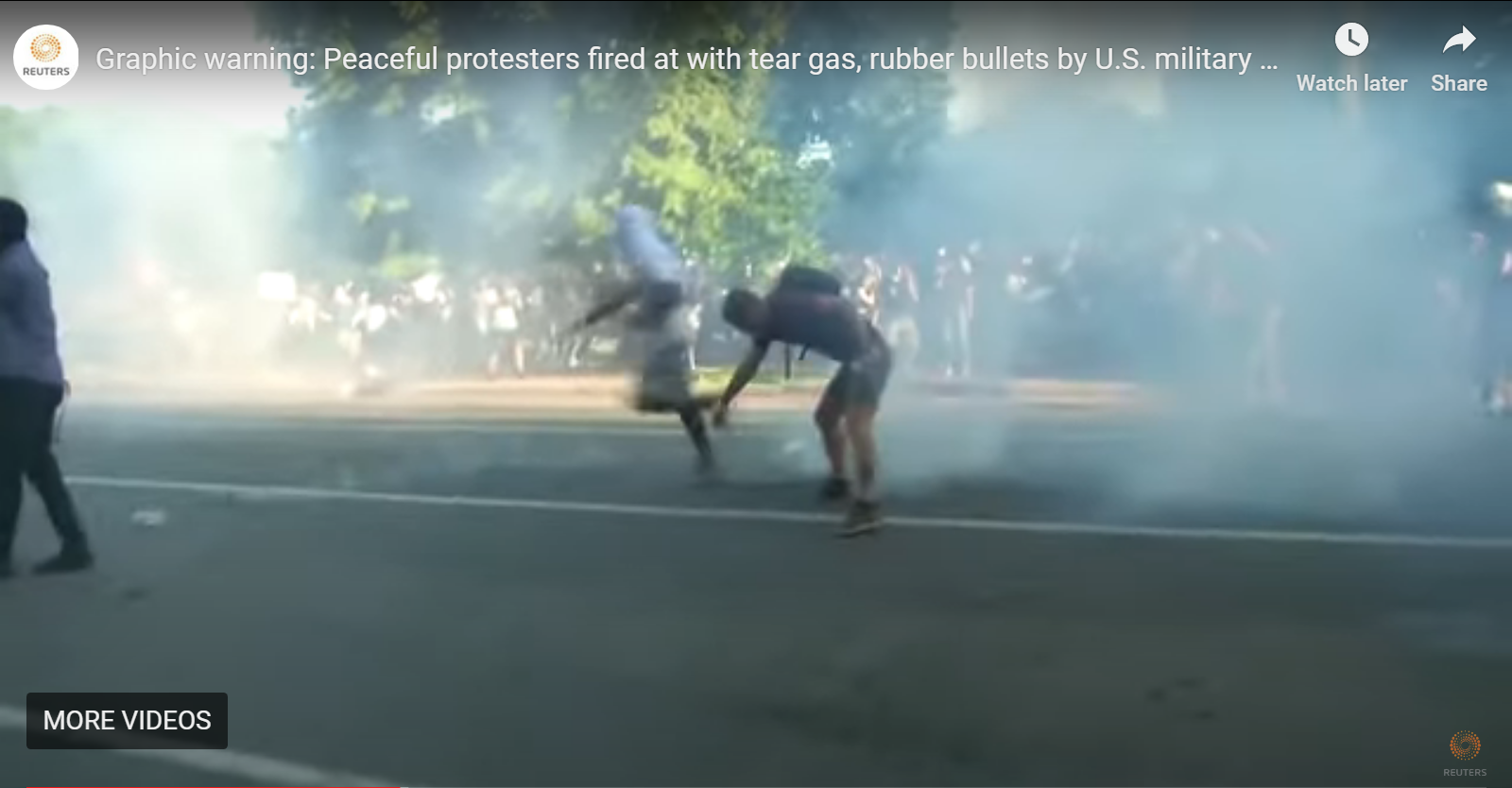 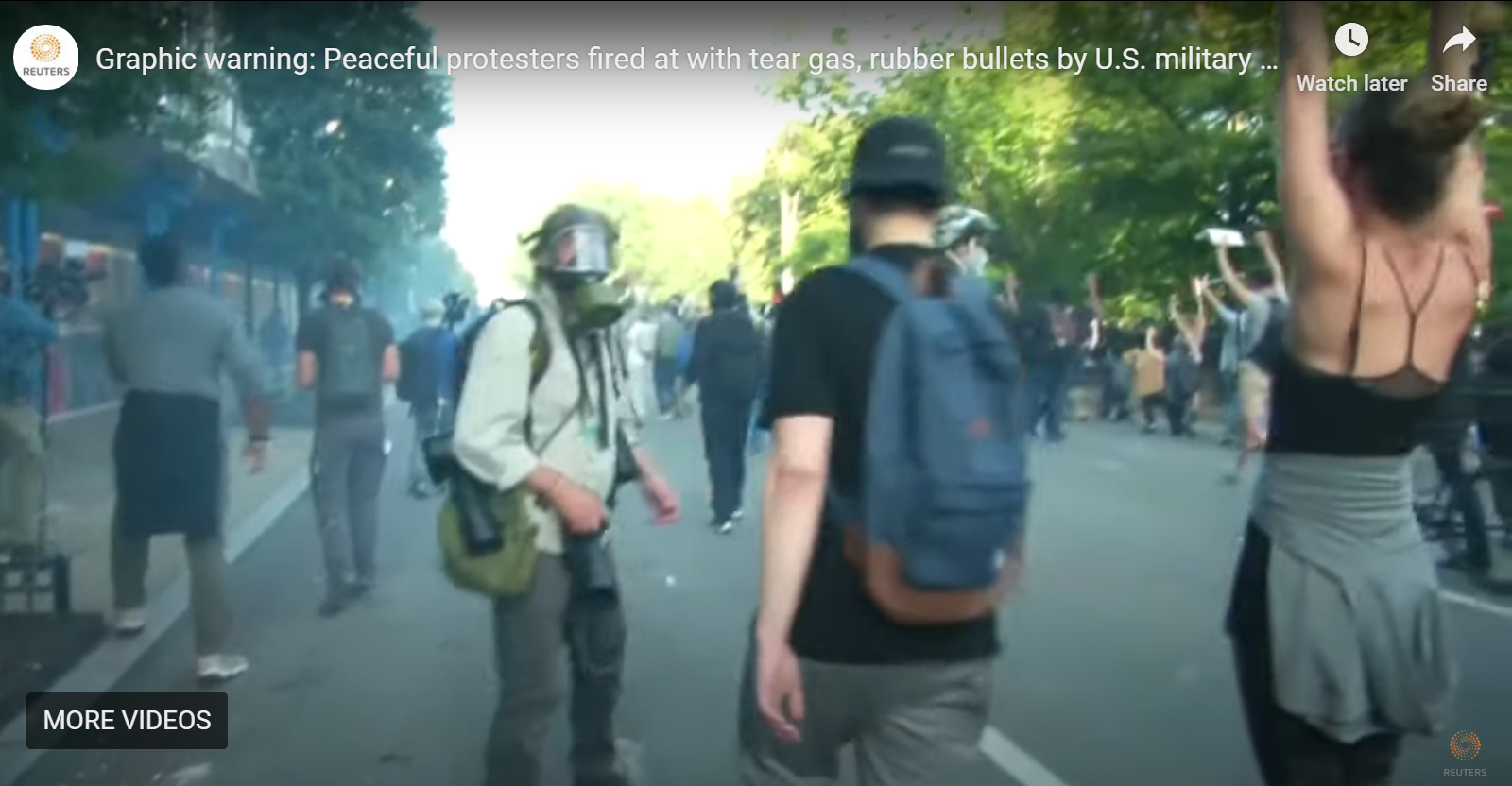 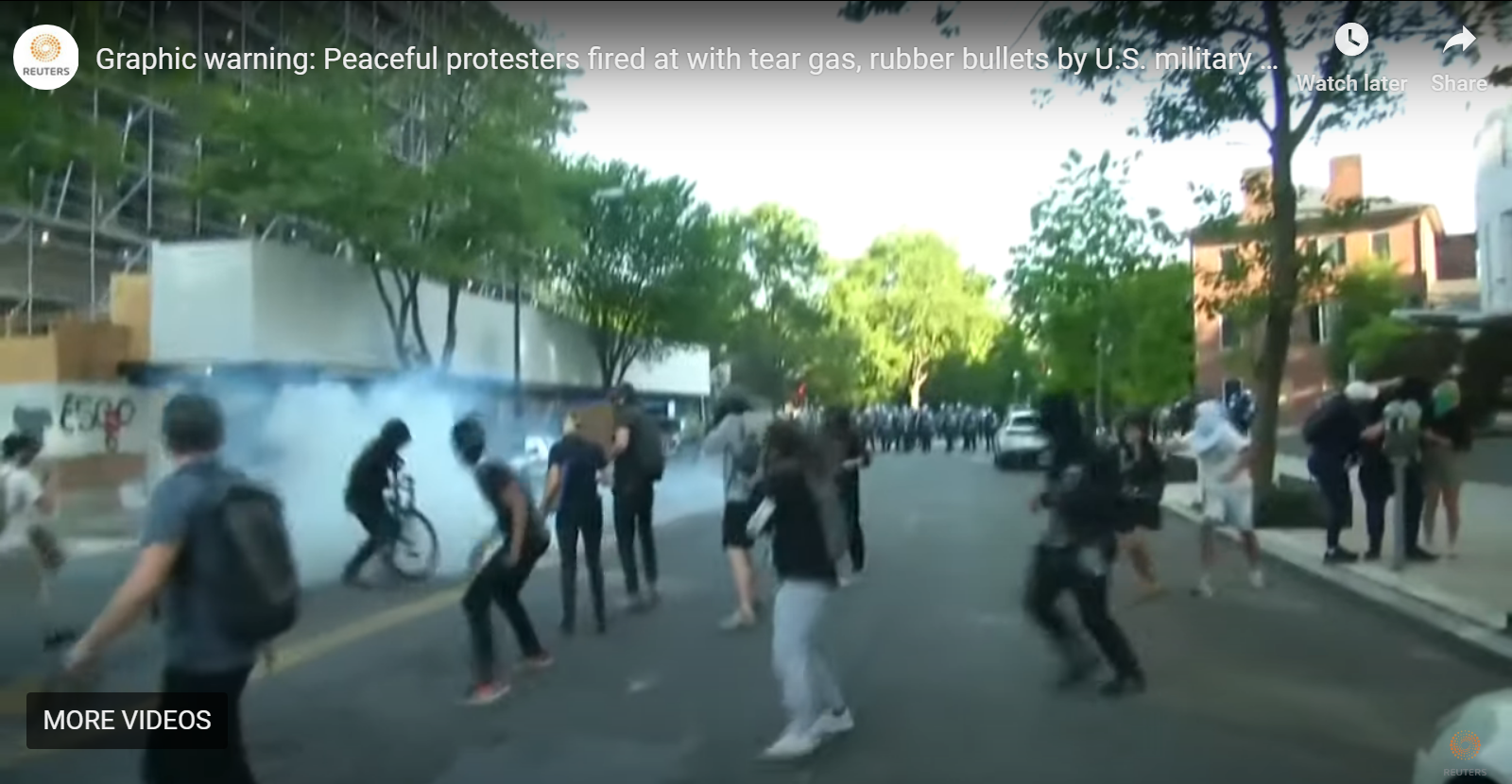 To prepare the streets for Donald Trump’s walk to St. James Church in Washington, DC on June 1, 2020 – an apparent public relations stroll where he held up a Bible – the US Secret Service engaged in highly unusual and plausibly illegal behavior. More precisely, in ironic contrast to its proper statutory authority, which for this protective security detail was confined to safeguard the President from any external harms, this agency, together with several other military and police units, actively created the correspondingly hazardous operational conditions. In so doing, inter alia, a once inviolate agency, responding to otherwise avoidable threats, made itself complicit in a flagrant presidential abuse of pertinent law.

To bestow an apparent rationale for its illegal behavior in this matter, a once-respected US institution behaved as if peaceful American protesters were nonetheless guilty of some mythical dereliction of law, a Lèse Majesté. By definition, however, if any such reminder were actually still necessary, “offense against the sovereign” is a non-existent crime in the United States. Here, let us remind the Secret Service, “We the People,” not the president, hold lawful sovereignty.

Now to additional facts. Among other things, the President’s personal security detail, then under cover of tear gas clouds, rubber bullets and flash bang grenades, jostled and forcibly pushed aside unthreatening groups of conspicuously peaceful demonstrators. In more specifically legal regard, this Secret Service behavior was not “merely” unnecessary, inappropriate and directly contrary to US law. It was also in determinable violation of certain longstanding and universally binding Nuremberg Principles. Because these authoritative rules are now an integral part of binding international law, US Secret Service-inflicted harms simultaneously represented pertinent violations of US law. Significantly, the Nuremberg Principles require all military, police and security officials, anywhere, to oppose their leaders’ orders to willfully injure innocent people or to commit any other verifiable crimes of state. To be sure, such expectations are routinely and widely ignored in authoritarian regimes across the world, but this fact is hardly exculpatory for the United States. Indeed, what is so markedly different and regrettable in this very recent case is that “peremptory” rules of international scope were openly ignored in the United States.

Jurisprudentially, none of this is very complicated. When citizens of a democratic country engage in peaceful protest, there should be no legitimate arguments for challenging citizen innocence or for concurrently justifying their mistreatment by national authorities. Aware of this, Members of Congress have demanded that Secret Service Director James M. Murray appear before the legislative body to explain the unprecedented behavior of his agents. Additionally, House Majority Leader Steny Hoyer said that he expects the Homeland Security panel and possibly the Judiciary and Oversight Committees to probe Mr. Trump’s walk to the famed church, which occurred shortly after the curfew to clear the streets for the president.

It is starkly humiliating for the United States to have in any fashion rendered itself comparable regarding spheres of law to Adolph Hitler’s Sturmabteilung (SA), later to the Stosstrupp-Hitler (SSH), or (worst of all) to the Schutztaffel (SS). Increasingly, however, the flagrantly law-violating derogations of US President Donald Trump and his Secret Service must lend unassailable credence to such tangible humiliations. Very plainly, they cannot simply be whispered away sotto voce, or become the object of casual laughter.

There is more. According to the Nuremberg Principles of international law, since 1950 a part of the laws of the United States, all persons are expected to resist crimes of state. Though the situation in early June involving clearing the path for an American president to cynically create a photo op at a Washington, DC church assuredly did not rise to any discernibly high level of criminal behavior per se (to wit, it cannot be legitimately compared to the actively murderous behaviors of Third Reich protective security details), it still remains legally worrisome for the United States. This is (1) because of the Secret Service’s readily revealed indifference to broadly peremptory norms of human rights law, and (2) because the unwillingness of individual Secret Service perpetrators to appropriately resist what then amounted prima facie to variously injurious and universally prohibited crimes of state.

In sum, while these US Secret Service crimes in early June 2020 were relatively minor, they nonetheless represented unambiguously willful violations of individual legal responsibility for federal agents of law enforcement. Also noteworthy in this matter is that the wider context of these officially committed wrongdoings centered on intrinsically law-based protests against racism and human rights violations in the United States. It follows that these illegal behaviors of the US Secret Service were not “merely” violative of basic Nuremberg Principle obligations, they also represented unjustifiable interference with an authoritative body of codified and customary human rights norms.

Going forward, as an alleged member of the global legal community, the United States ought to more determinedly guide its leading federal agencies on a path of permissible and law-respecting conduct. This is an especially obvious injunction with regard to such once-respected agencies as the US Secret Service. 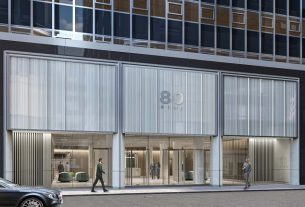 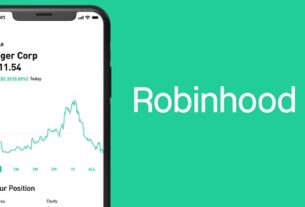 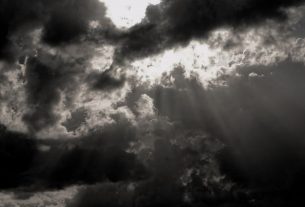 Truth and Shadow: To Understand A Lethal American Presidency