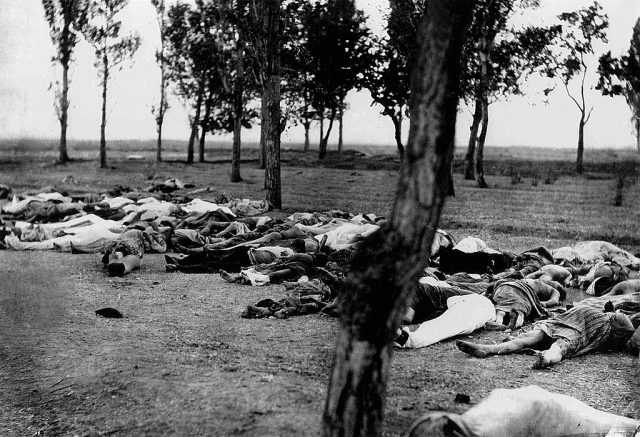 More than two million Armenians lived in the Ottoman empire in 1914, on the eve of World War I.  By 1922, there were fewer than 400,000. The others – some 1.5 million – had been killed.  Most historians describe this mass annihilation as genocide.  More than 30 nations agree.  Some prominent countries do not, among them Britain, Australia and Israel.

A few years ago the UK government was asked in parliament whether it recognized the existence of genocide in Armenia in 1915.  A foreign office minister responded: “The Government acknowledges the strength of feeling about this terrible episode of history and recognizes the massacres of 1915-16 as a tragedy. However neither this Government nor previous Governments have judged that the evidence is sufficiently unequivocal to persuade us that these events should be categorized as genocide as defined by the 1948 UN Convention on Genocide.”

That remains the British government’s position. It used to be position of the United States until just a few days ago. On April 24 President Joe Biden, in a statement marking Armenian Remembrance Day, said: “We remember the lives of all those who died in the Ottoman-era Armenian genocide, and recommit ourselves to preventing such an atrocity from ever again occurring.” All previous US presidents (with the exception of Ronald Reagan) had avoided using the word “genocide” to describe the Ottoman empire’s deportation and massacre of some 1.5 million Armenians.

On April 24 President Joe Biden, in a statement marking Armenian Remembrance Day, said: “We remember the lives of all those who died in the Ottoman-era Armenian genocide, and recommit ourselves to preventing such an atrocity from ever again occurring.” All previous US presidents (with the exception of Ronald Reagan) had avoided using the word “genocide” to describe the Ottoman empire’s deportation and massacre of some 1.5 million Armenians.

Biden’s words evoked an immediate reaction from Turkey, which has consistently rejected all attempts to characterize the killings as genocide. Turkey’s foreign ministry denounced Biden’s statement. “We call on the US president to correct this grave mistake.”

The Turkish government accepts that atrocities were committed, but argues that there was no systematic attempt to destroy the Armenian people.  Therefore, it argues, their mass destruction cannot be described as genocide.  Turkey bases its position on the issue of premeditation – namely, the extent to which the killings were orchestrated.  However the International Association of Genocide Scholars (IAGS) is clear on the matter.  In a 2005 letter to Recep Tayyip Erdogan, then Turkey’s prime minister, it said “the overwhelming opinion of scholars who study genocide” was that the Armenian killings were indeed genocide.

So far Israel has failed to align itself with this consensus.  Israel’s stance possibly stems from 2001, when a Turkish newspaper quoted then foreign minister Shimon Peres as saying: “We reject attempts to create a similarity between the Holocaust and the Armenian allegations. Nothing similar to the Holocaust occurred. What the Armenians went through is a tragedy, but not a genocide.”

Peres was apparently attempting to defend the uniqueness of the Holocaust experience, but there is no evidence of any attempt to describe the Armenian experience as a holocaust.  Genocide, however, is defined in Article Two of the UN Convention on Genocide of December 1948 as “acts committed with intent to destroy, in whole or in part, a national, ethnic, racial or religious group.”

In 1906 the Young Turks, an army officers’ movement, seized power in Turkey, and in 1914 entered the war on Germany’s side.  As the disintegrating Ottoman empire began suffering military defeats, Turkish propaganda increasingly laid the blame on the Armenians, whom it portrayed as saboteurs and a pro-Russian “fifth column” (the Russians were allied with Britain and France in the Triple Alliance).  Underlying the tension was the fact that Turkey was, of course, a Muslim country, while both the Armenians and the Russians were Christian.

In January 1915, Turkish leader Enver Pasha attempted to push the Russians back at the battle of Sarıkamıs, only to suffer the worst Ottoman defeat of the war. The government declared that Armenian treachery was the cause of the debacle.  Armenian soldiers and other non-Muslims in the army were demobilized, and the disarmed Armenians were then murdered by Ottoman troops. At about the same time, irregular forces began carrying out mass killings in Armenian villages near the Russian border.

Soon after the defeat at Sarıkamıs, the Ottoman government began to deport Armenian civilians from Eastern Anatolia on the grounds that their presence near the front lines posed a threat to national security. Throughout the summer and autumn of 1915, Armenians were rounded up and marched through the valleys and mountains of Eastern Anatolia to desert concentration camps.  Mass murder marked the deportation. Of the survivors, many starved to death, or were slaughtered in the camps.

By the end of the war, more than 90 percent of the Armenians in the Ottoman empire were gone, and many traces of their presence had been erased. Their deserted homes and property were given to Muslim refugees, and any remaining women and children were often forced to convert to Islam.

In both the UK and Australia there have been large-scale public protests at the failure of the government to take a firm stand on the Armenian genocide.  A petition to the UK parliament in 2020 called on the government “to recognize the Armenian Genocide” – and in fact recognition is already in effect in Scotland, Wales & Northern Ireland by way of their devolved governments.

As for Australia, on Armenian Remembrance Day and hours before Biden’s declaration, hundreds of people rallied in Sydney and Melbourne, calling for Prime Minister Scott Morrison to recognize the massacre of Armenians at the hands of the Ottoman empire as a genocide.

Even if both the UK and Australia eventually join the 32 countries, recognizing the Armenian tragedy for what it was, that would still leave 161 countries turning a blind eye.  But genocide is genocide. The world should call it out. 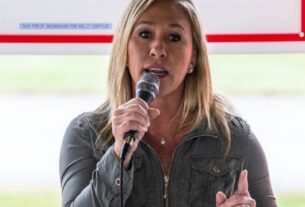 Is Marjorie Taylor Greene Really This Nuts? Even Christian Groups Now Condemn Her 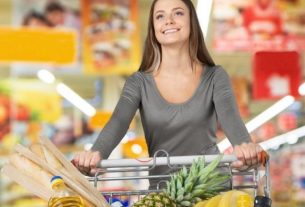 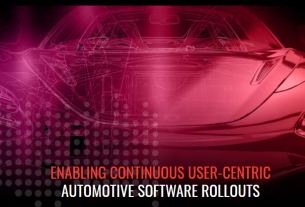