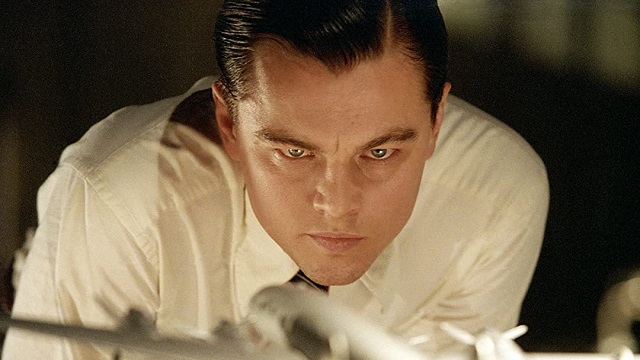 See them for their true stories and enjoy them because they are great movies.

Leonardo DiCaprio in The Aviator

These are not just informative movies. These are really good movies, with great actors and performances, and compelling stories. They feature Leonardo DiCaprio, Kate Blanchet, Jeff Bridges, Will Smith, Michael Keaton, and many more big name stars and Oscar winners.

As with all movies, no matter how close to telling the true story they may, be these are not documentaries. So remember that the directors and writers had to fill in the gaps and outright make things up to make their films entertaining. So be sure to look up the true stories behind the movies and see what was fact and what was fiction.

Now, in no particular order, here is JBN’s list of top 5 recommended movies based on true business entrepreneurial stories.

This one is based on one of the most bizarre and iconic businessmen of all time, Howard Hughes. In his day Hughes was the wealthiest man alive. But he was also a recluse and a germaphobe. He spent his last days in seclusion and there was even a dispute over his estate.

Howard Hughes did inherent a company business. One that made drill bits for oil companies. But then he had a vision of his own. Well two visions: He made movies and started his own airline, TWA.

Leonardo DiCaprio was nominated for an Oscar for his portrayal of Howard Hughes in this move. He plays the man as a passionate and determined entrepreneur who takes on corrupt politicians and Hollywood censors to see his dreams realized. Kate Blanchet won her first Oscar for playing real life actress Katherine Hepburn. And Alan Alda was nominated for an Oscar for playing a corrupt Senator.

The movie tells the true story of how Howard Uses founded and built up TWA – Trans World Airlines – into a new and powerful business in the years after World War II when air travel first became standardized. The company would grow into one of the largest and most iconic in the world. Hughes also produced his own movies.

See this movie to learn more about the true story of Hoard Hughes. See to get inspired if you are a would be entrepreneur. Or see it just because it is a really good movie with great performance all around.
–

This movie tells the true story of how one man created America’s first fast food franchise and revolutionized the restaurant industry the world over. It’s about how McDonalds went from a local Los Angeles hamburger joint to a national icon, synonymous with America itself and one of the most successful companies in history.

In it Michael Keaton plays Ray Kroc, a businessman who saw the potential in the original McDonalds restaurant owned by the McDonald brothers Dick and mac played by Nick Offerman and John Carroll Lynch.
–
[embedded content]

No Ray Kroc was not a saint. He is portrayed here as an opportunist who fails in his first marriage and who took advantage of the McDonald brothers. But the issue here is not whether Ray Kroc was a nice man. It’s about seeing how an entrepreneur had a vision, went with it and made it come to life.

Delightful. What else can be said about this movie which is based on the true story of Preston Tucker, a man who had a dream to design his own cars? But by the time that he established his own company America’s big three automakers had already taken control of the market. So they tried to prevent him from succeeding.

We don’t want to give anything away, but the ending of this film is a little bit sad but a lot uplifting.
–
[embedded content]

Michael Fassbender plays the famed head of Apple in this biopic. It also stars Kate Winslet and Seth Rogen as Steve Wozniak. It’s based on Walter Isaacson’s famed biography of Steve Jobs. The movie tells his story in flashbacks while centered around the day of Steve Jobs big comeback when he returned to Apple and helped it get back to the top of its industry when he introduced the first iMac computer.
–
[embedded content]
Steve Jobs may not necessarily have been a nice guy or a good man. He also made many mistakes after getting a bit full of himself when developing the first Macintosh computer. This movie, though, shows how he had a vision and never gave up. It Shows Steve Jobs as he rises, falls, and rises again.

The Pursuit of Happyness 2006

O.K., so this one is not exactly about an entrepreneur. It’s about a man who was very much down on his luck when he reinvented himself as a stock broker.

Will Smith play Chris Gardner, a homeless salesman who is struggling to take care of his son. Then opportunity knocks when Gardner gets the opportunity to work in finance. He risks everything by taking on an unpaid internship as a stockbroker; even though, there were no guarantees that he would succeeded. But he does succeeded in the end in spite of the fact that everyone around him told him that he would not. 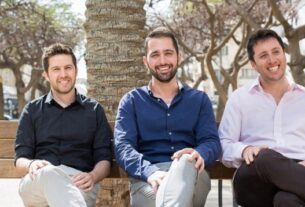 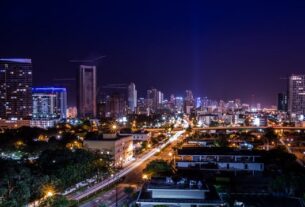