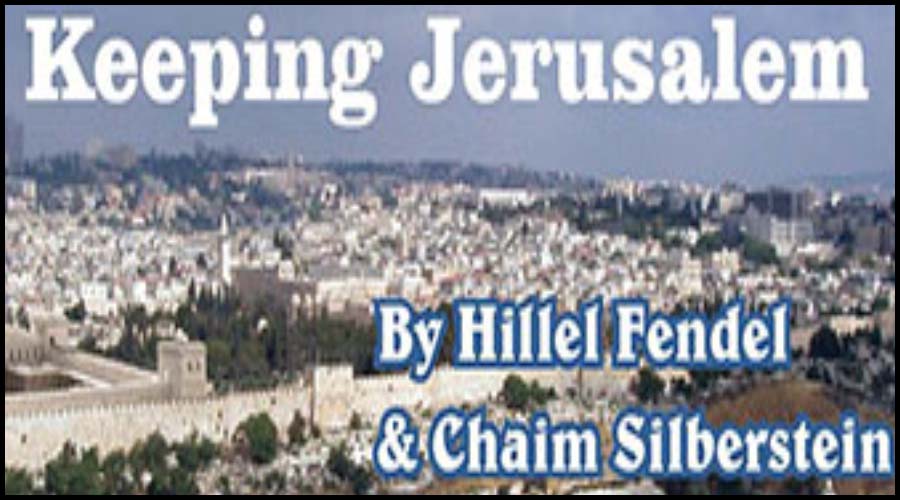 It’s been a month since the U.S. announced that it no longer considers Jewish “settlements” illegal. So far, Israel has treated this announcement like a gift certificate and is ignoring its expiration date, which could be fast approaching. We can only hope that our excuse for not taking advantage of this American gift is Israel’s inability to put together a government that will make critical decisions.

In terms of Jerusalem, it would seem that the next step is obvious: Build lots and lots of Jewish homes in critically-strategic areas that were liberated in the Six-Day War. That would solve many of the city’s most critical demographic and housing problems, help unite the city, and all but neutralize further talk of dividing the eternal, holy city between Israel and an Arab entity.

Even Ofer Berkovitz thinks the idea is great. Berkovitz heads the generally-left-wing Hit’orerut political faction in the Jerusalem City Council. Following the dramatic announcement by Secretary of State Mike Pompeo, Berkovitz submitted a proposal to advance the construction of nearly 14,000 homes in the neighborhoods of Givat HaMatos, Atarot, and elsewhere.

The plans exist but are being held up by the government. Whether Prime Minister Netanyahu is under pressure, or is possibly afraid of a unilateral game changer that would truly prevent the division of Jerusalem, is unclear. The only thing that almost everyone in the Jerusalem Municipality agrees upon is that the freeze on Jewish construction must be thawed.

Berkovitz is not that concerned about Jerusalem remaining united under Israeli sovereignty; he has other considerations: “[Building these] 14,000 units, with the accompanying opportunities for job, culture, and education can improve Jerusalem’s quality of life and decrease the crowdedness. It can allay the housing shortage and relieve the friction in mixed [Jewish-Arab] neighborhoods,” he says.

The held-up plans call for some 10,000 units in Atarot (the site of the old airport in the northern tip of Jerusalem), 1,800 in Givat HaMatos (southern Jerusalem, near Talpiyot and Beit Tsafafa), and 1,500 in Givat Eliyahu (also in the south, between Gilo and Har Homa).

Mayor Moshe Leon’s office was displeased with Berkovitz’s attempt to hitch a ride on Pompeo’s announcement. A statement by the mayor’s office assailed Berkovitz for “attempting to score some points” while only “revealing his lack of integrity and experience.” The mayor’s office added that, “over the past year, 11,000 units were approved – compared with the decade before then, when Berkovitz was Deputy Mayor, when an average of only 2,000 units were approved.”

Mayor Leon added, “The data speak for themselves: I have totally thawed out the freeze implemented when Berkovitz was Deputy Mayor.”

Both sides are playing politics, though. City Councilman Aryeh King told us, “If the critical Jewish projects are being held up, then the obvious question before anything else is: Why are the Arab projects not being held up? All the city has to do, led by former Likudnik and Netanyahu-aide Moshe Leon, is to declare an all or nothing quid pro quo: If there is to be a moratorium on Jewish projects, then there shall be one on Arab projects as well.”

The absurdity of the situation cries out the most in Givat HaMatos. The original plan called for 2,600 apartments there, more than a third of which were to be for Arabs. Incredibly, the Arab apartments are being built, while the Jewish ones are not. Why not at least hold both of them up!?

“There is so much Arab construction,” says King, “that prices are very low, and as everywhere else in the world, low housing prices bring people streaming in. As such, the demographic balance is again being tilted towards the Arab side.”

The request to stop Arab projects as long as Jewish projects are on hold appears so logical that it’s not clear why Mayor Leon doesn’t adopt it. In fact, we addressed this precise question to him and his office. Unfortunately, no answer has yet been received. But where we failed, perhaps you, readers of this column, will succeed. Simply e-mail Mayor Lyon’s office at [email protected] (or fax +972-2-6296014) and ask him why he allows Arab construction while Jewish construction is held up again and again.

Interestingly, a Jewish group is currently seeking to buy apartment blocks in Arab projects, such as the one in Givat HaMatos. Will it change things? Doubtful, but stranger things have happened.

In any event, Jerusalem is facing a double attack in the form of both illegal and legal Arab construction. This comes together with watered-down levels of Jewish construction in non-critical areas. The bottom line is that if not enough homes are built for Jews, and too many are built for Arabs, retaining Jerusalem’s Jewish demographic majority will be very difficult. 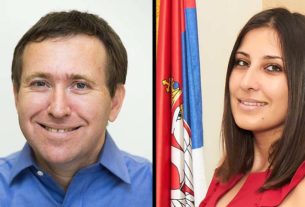 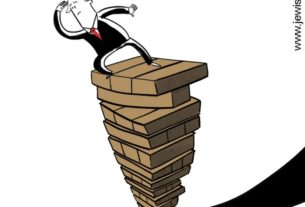 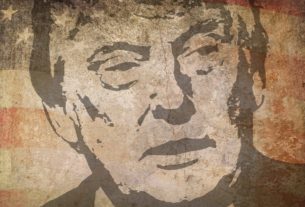