Amid anger at his handling of the virus crisis and corruption against the Israeli leader, thousands gathered in central Jerusalem, Tel Aviv, his beach house where he was hiding.

Jerusalem police’s top commander says the majority of 10,000 demonstrators acted in an ‘orderly and respectful way’, but some 200 protesters ignored calls to disperse well into the night, prompting anti-riot forces to clear people out

Israeli police early Sunday arrested 12 protesters a yet another anti-government rally in Jerusalem, as weeks of protests against the Israeli leader appeared to be gaining steam.

Some 10,000 demonstrators gathered outside the official residence of Prime Minister Benjamin Netanyahu on Saturday evening and thronged the streets of central Jerusalem. The demonstration in central Jerusalem, along with smaller gatherings in Tel Aviv, near Netanyahu’s beach house in central Israel and at dozens of busy intersections nationwide, was one of the largest turnouts in weeks of protests.

Ofer Shomer, the commander of Israel Police’s Zion sector in the Jerusalem area, said the majority of the 10,000 crowd acted in a “beautiful, orderly and respectful way.”

“A small number of protesters, literally a handful of up to 200 people, remained in place and refused to leave the area,” he said. “We allowed them to stay there until 2am, we warned them and in the end, we had to use appropriate force to disperse the crowd.”

Throughout the summer, thousands of Israelis have taken to the streets, calling for Netanyahu to resign, protesting his handling of the country’s coronavirus crisis and saying he should not remain in office while on trial for corruption charges. Though Netanyahu has tried to play down the protests, the twice-a-week gatherings show no signs of slowing.

Late Saturday, thousands marched through the streets in a noisy but orderly rally. Demonstrators hoisted Israeli flags and blew loud horns as they marched. Many held posters that said “Crime Minister” and “Bibi Go Home” or accused Netanyahu of being out of touch with the public.

Netanyahu has dismissed the demonstrators as “leftists” and “anarchists”. Late on Saturday, his Likud Party issued a statement that accused Israel’s two private TV stations of giving “free and endless publicity” to the protesters and exaggerating the importance of the gatherings.

While the demonstrations have largely been peaceful, there have been signs of violence in recent days. Some protesters have clashed with police, accusing them of using excessive force, while small gangs of Netanyahu supporters affiliated with a far-right group have assaulted demonstrators. Netanyahu has claimed demonstrators are inciting violence against him.
Advertisement

Israeli police have arrested some 20 far-right activists in recent days and police said they were on high alert for violence at the demonstrations. Several arrests of Netanyahu supporters were reported Saturday, including a man who got out of his car in the northern city of Haifa and threw a stone toward a crowd of protesters. Police said a 63-year-old woman was slightly hurt.

The demonstrations are organized by a loose-knit network of activist groups. Many carry black flags, the name of the grassroots movement. 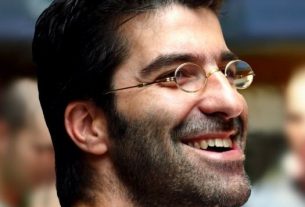 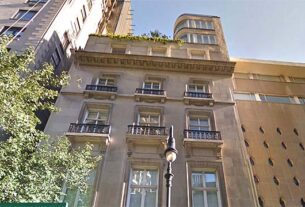 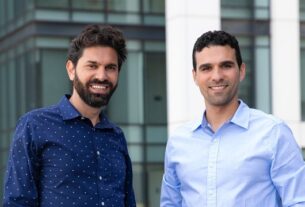