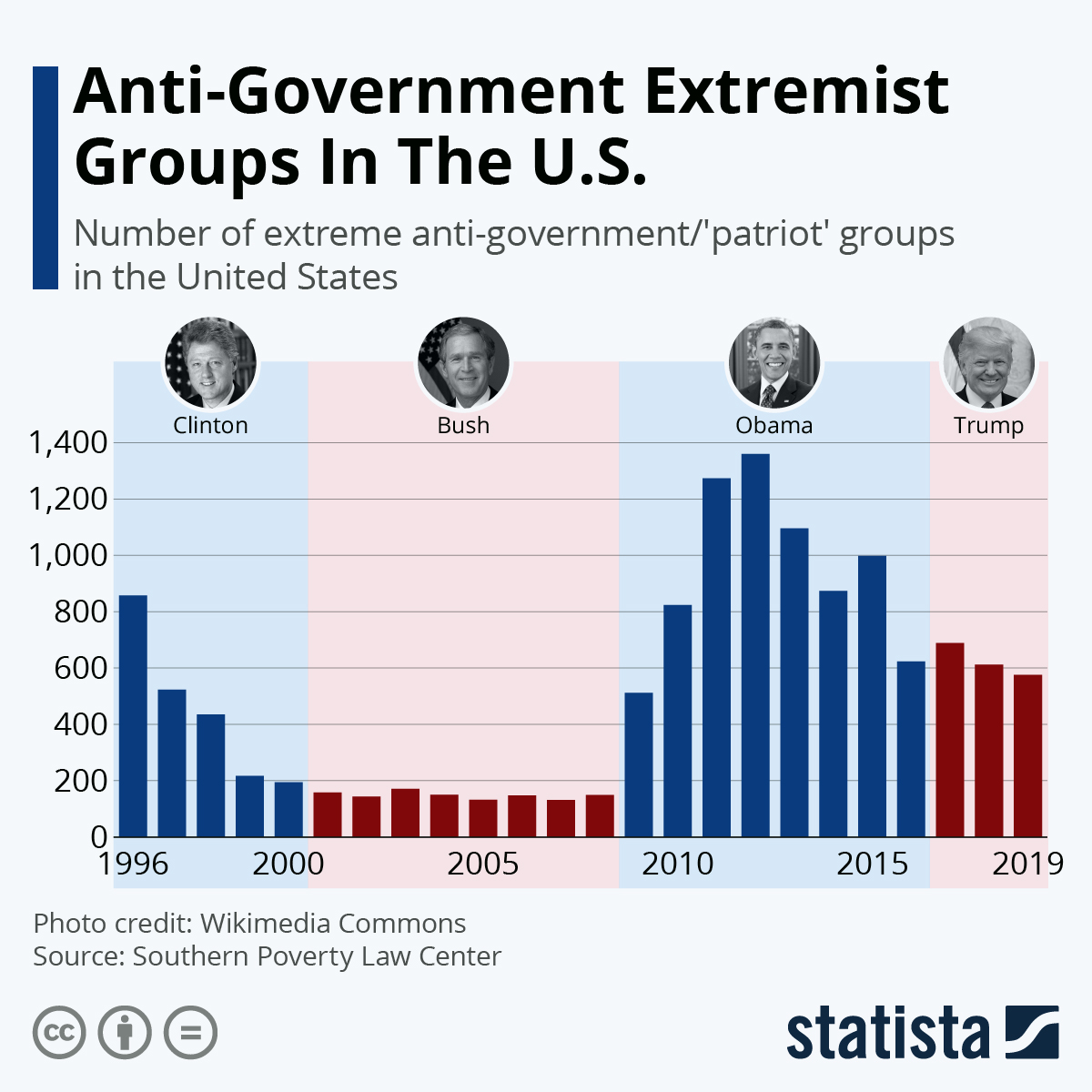 The growing threat from anti-government groups in the U.S. was highlighted by the shocking events at the Capitol on January 06 when the far-right Oath Keepers, Three Percenters, Boogaloo Bois and The Proud Boys were spotted among the crowds of Trump supporters storming the country’s seat of power. Experts had been warning about the increasing influence of such groups for years, particularly since Charlottesville. The FBI are now warning that armed protests are set to occur in all 50 states head of Joe Biden’s inauguration. So how many anti-government groups are active in the U.S. today?

The Southern Poverty Law Center, a prominent U.S. civil rights group, identified 576 extreme anti-government groups in 2019, 181 of which were militias. That represents a reduction on the 612 groups documented in 2018 and it is also far fewer than the 1,360 that were active in 2012. The decline in active groups under Trump is a common historic pattern when Republican presidents are in office.

The Southern Poverty Law Center states that anti-government groups in 2019 generally defined themselves as “being opposed to the ‘New World Order’, being engaged in groundless conspiracy theorizing or advocating or adhering to extreme anti-government doctrines”. They continue by adding that they have a president in office who shares a penchant for conspiracy theories such as “the deep state” and that the groups have now found themselves on the same side as the federal government they long sought to overthrow. That led to an increasing focus on white nationalism, particularly hostility towards Muslims and immigrants.

Joe Biden’s election and Trump’s energization of his base via false information concerning election fraud has brought the government back into the crosshairs and a return of the sentiment towards overthrowing it. That sentiment became a shocking reality on January 06 and the possibility of a repeat performance is now being taken very seriously judging by the fact that up to 25,000 National Guard troops are set to be deployed on the streets of Washington to quell any outbreaks of violence. 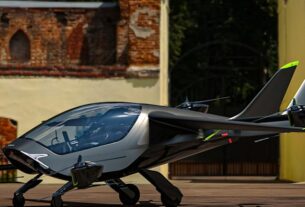 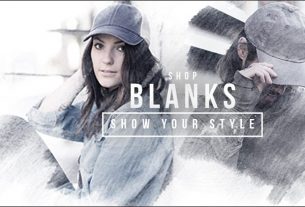 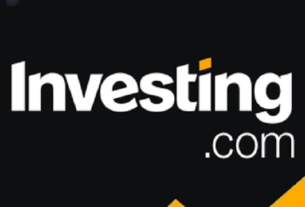