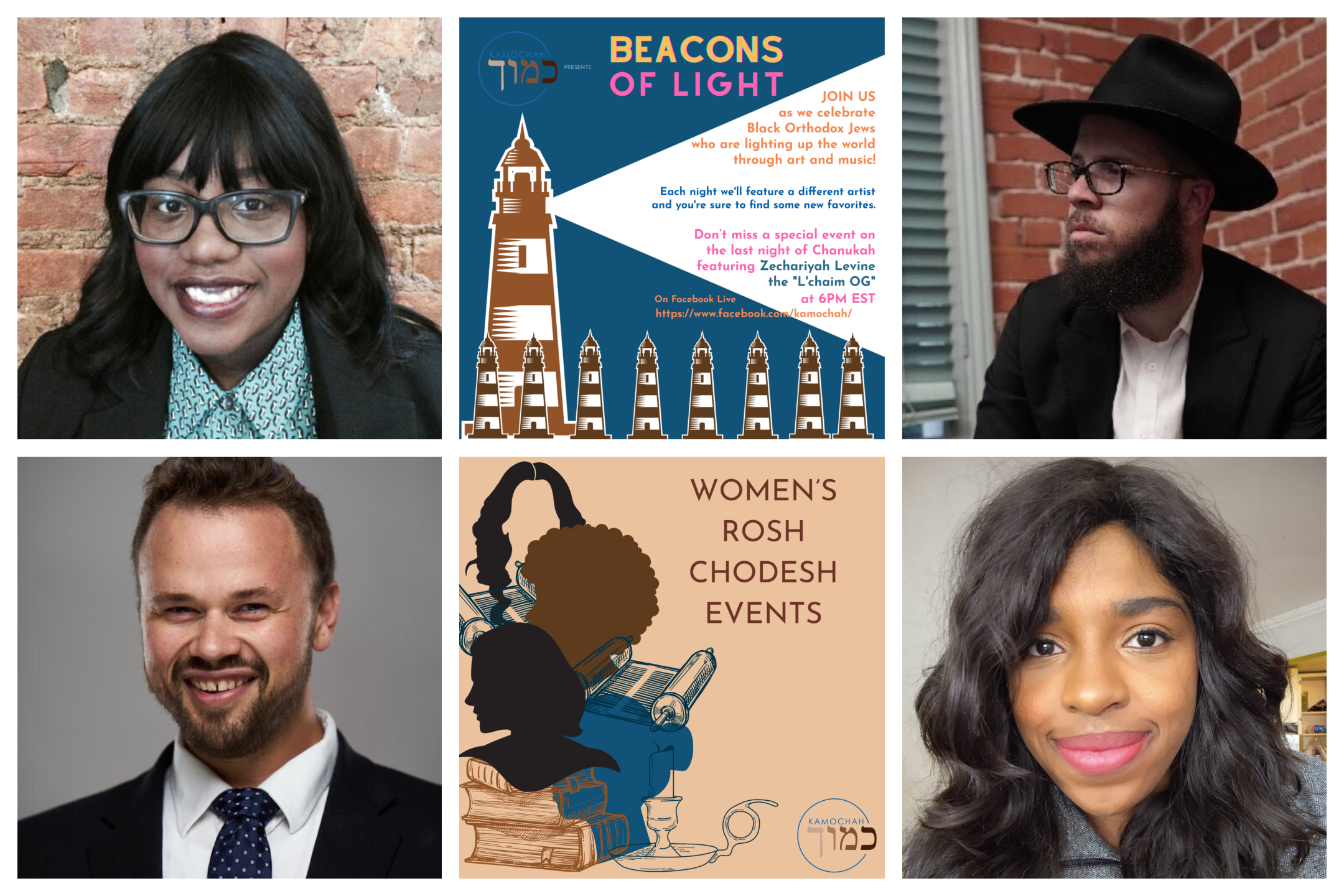 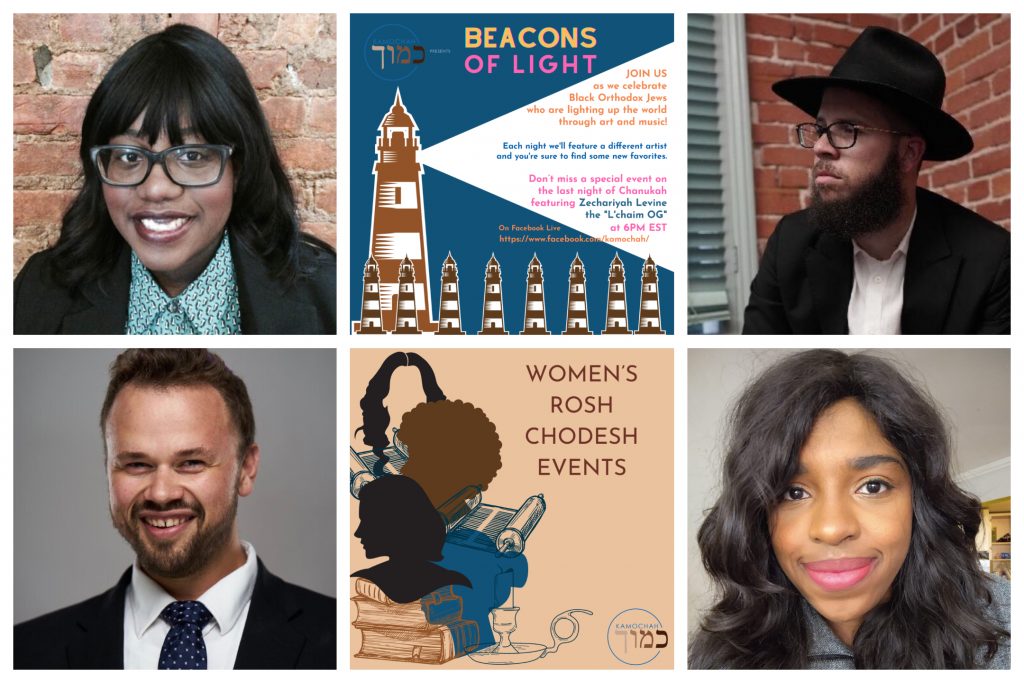 (JTA) — For years, Chava Shervington would connect informally with other Black Orthodox Jews to celebrate Black history that often wasn’t discussed in their communities and to offer and receive advice on a range of topics – from what communities were the most inclusive to how to deal with their children being bullied at majority-white day schools.

But it wasn’t until last year — as the death of George Floyd and subsequent Black Lives Matter protests led to a nationwide racial reckoning — that Shervington decided to join forces with three other Black Orthodox Jews to create a formal space where those conversations could take place. The result was Kamochah, which is likely the first ever group to cater to Black Jews who identify as Orthodox.

“We’ve known each other for a really long time and we’ve always been talking about the need for an organization that specifically speaks to the Orthodox community and the experience of being an Orthodox Jew around race and racism,” said Shervington, who lives in Los Angeles. “I think that the racial justice moment that we’re in right now created the impetus for us to make it an actuality.”

Officially launched in December through the Jewish Federations of North America, Kamochah now has around 150 members from across the Orthodox spectrum, most of whom are based in the United States. Members volunteer to run daily virtual Torah classes and monthly separate events for men and women; a recent women’s group meeting included a lesson about how to make Louisiana bread pudding, while men held a special gathering before Passover. The group also serves as a resource for the wider Orthodox community and its leadership has provided guidance, coaching and training about race and racism to more than a dozen schools, synagogues, camps and other groups.

Kamochah’s founding comes at a time when there is growing recognition of the fact that the American Jewish community is becoming increasingly diverse.

“It’s reflective of a broader change that is the reality of the demographics of Jewish America, and I think the presence of Black Orthodox Jews — and of Jews of color more broadly — has woken the broader Jewish community up to the fact that we’re not all from Europe and that we’re not all white,” said Bruce Haynes, a professor of sociology at the University of California, Davis, who has done research on Black Jews.

A growing number of American Jews do not identify as white.  A 2019 report by the Jew of Color Initiative estimated that 12-15% of Jews are people of color, although definitions of the term vary. A study released by the Pew Center in May found that 8% of Jews are Black, Asian, other minority races or multiracial, or Hispanic of any race — a proportion that grew to 15% for Jews under 30. About 2% of younger Jews identify as Black, according to the study.

In recent years, a number of Jewish groups have launched initiatives to engage with this growing population, a trend that has sped up in the past year amid the national movement to tackle racial justice issues. But many Orthodox Jews do not necessarily feel comfortable participating in events that do not cater to those leading a religious lifestyle.

“There are Orthodox Black Jews who want to be in an affinity space with other Black Jews but can’t go to some of these other organizations because they’re visibly not frum,” or religious, said Kamochah co-founder Rabbi Yonason Perry. “Going to events and there’s no kosher food, or having to worry about kol isha [the prohibition against hearing a woman singing] — whatever it is, we just have different needs.”

Shervington herself has long been involved in groups for Jews of color – she is a board member and former president of the Jewish Multiracial Network. But with Kamochah she hopes to address issues that are unique to Black Jews in the religious world.

Many Jews of color say they are often questioned or made to feel unwelcome when they enter Jewish spaces, but this problem is only amplified in the Orthodox community, which tends to be more insular. Many Orthodox Jews largely socialize within their communities — shopping in kosher stores, sending their children to Jewish schools and frequently attending synagogue services.

That often translates to palpable racism for Jews of color in the community.

“Because of the assumed lack of racial diversity in the Orthodox community, when you show up, often you’re perceived as an oddity,” Shervington said. “It’s the stares when you are at a kosher restaurant, it’s the sometimes having to talk your way into an Orthodox store, it’s the people muttering, ‘What’s the goys doing here?’”

Kamochah — which means “as yourself” in Hebrew and is a reference to the biblical commandment to “Love your neighbor as yourself” — is pushing back against assumptions and providing a safe space for Black Orthodox Jews. Members help others with those same questions that Shervington had informally asked community members for years, and there are new initiatives too, such as a singles matchmaking service.

“We’re responding to a sense that people don’t see themselves in their communities and we’re trying to make sure that people are able to celebrate their whole selves as Jews, rooted in Torah, rooted in spirituality and rooted in the identity of being both Black and Orthodox,” said co-founder Rabbi Isaiah Rothstein, who last year was hired by the Jewish Federations of North America to lead its racial justice work. Kamochah is an outgrowth of that role and is run through the JFNA’s Initiatives for Jewish Equity, Diversity and Inclusion.

Finding that sort of space is crucial for members like Judith Krumbein, a Baltimore resident who despite being involved in the local Jewish community for years and working at a Jewish community center says she gets questioned on a daily basis about whether she is Jewish.

“There’s definitely a need for it. It’s a respite,” she said.

Through Kamochah, the co-founders hope to bring the Orthodox world closer to a place where that type of respite isn’t quite as necessary.

“It should be normative to be in a multiracial Jewish community where there are Black Orthodox Jews,” Rothstein said.

Despite the challenges, Shervington sees some reason for hope in evolving attitudes in the Orthodox community.

“’I’m not saying we’re remotely where we need to be but I’ve started to see some shift in the conversation,” she said. “I’m starting to see an active interest from some people around wanting to learn about racism, wanting to teach their kids that there are different types of people in this world.” 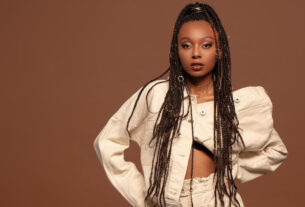 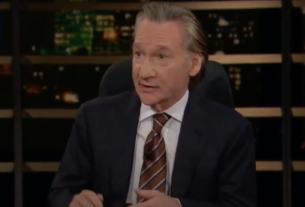 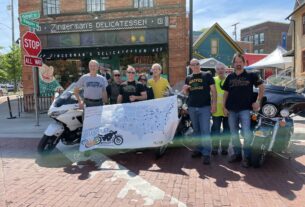