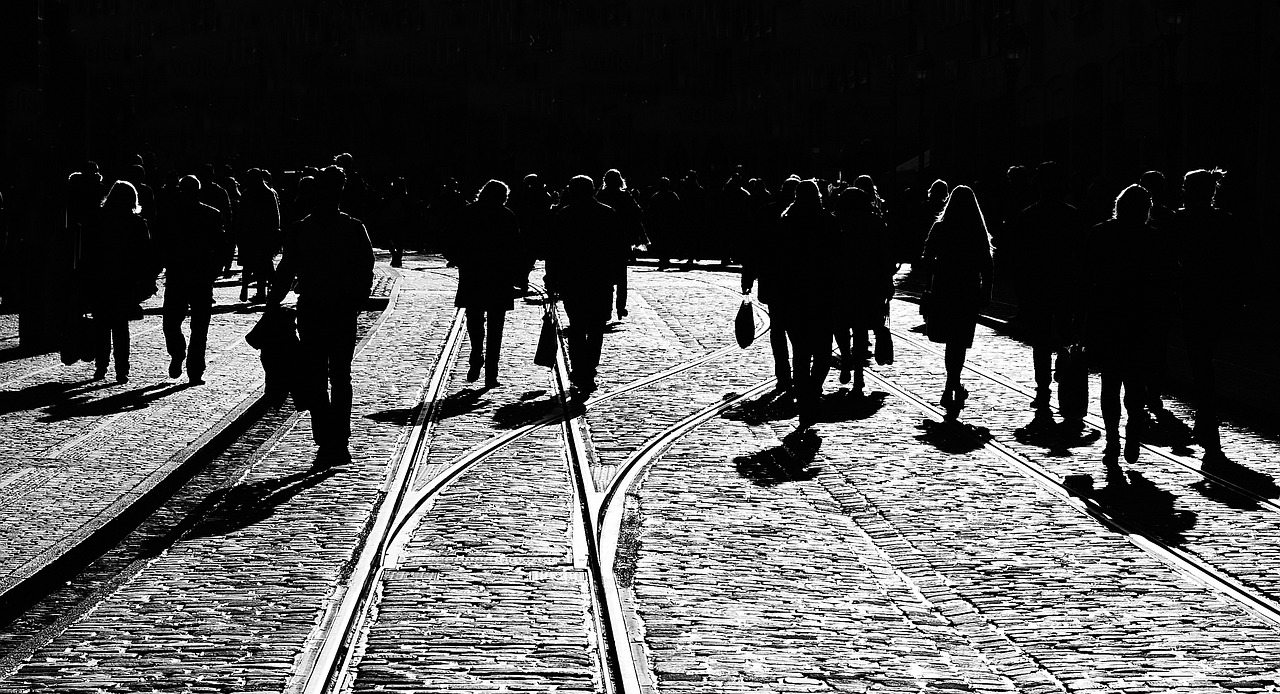 “The crowd is untruth.”-Sören Kierkegaard, Point of View, That Individual

Early philosophical explorations of anxiety are best traced to Sören Kierkegaard in the nineteenth century. For the seminal Danish thinker, this concept – often referred to colloquially as angst – has its core origins in existential dread; that is, a literal fear of  “not being.” Whether or not such a primal view of anxiety ought still obtain (Freud, for example, introduced several important “modifications”), one corollary remains certain:

Therapeutic benefits are increasingly being sought on the computer, smart phone or some other crowd-oriented gadget.

This is hardly a mysterious or controversial corollary. These days, we can all casually witness the reassuringly deep pleasures bestowed by any shiny new communications “device.” Indeed, for seemingly uncountable souls, little can meaningfully compare to the palpable joys of some impending or imminentmessage. Reciprocally, however, nothing can produce a more pervasive private darkness or despair  than the  dreadful reverberations of extended machine silence.

“It is getting late,” remarks the poet W.H. Auden knowingly in The Age of Anxiety, “shall we ever be asked for? Are we simply not wanted at all?”

Explanations, though lamentable, are nonetheless obvious. Personal devices, expressly interlinked, promise us more than suitably efficient routings to enhanced personal safety or some accessible method to “stay in touch.”  However inconspicuous, conversing or messaging can grant the communicating individuals a satisfyingly easy and convenient “therapy.” Above all, they can permit both sender and recipient to feel needed, valuable, less anonymous, and  –  most importantly, always – less alone.

If there has ever been reason not to doubt the perceived importance of avoiding aloneness, of being “asked for” or “wanted,” one need only consider American risk-taking behavior during the ongoing pandemic. Even now, when the high dangers of disease transmission have been well-publicized and the grievous consequences of Covid19 well-established, millions of our fellow citizens seek out glaringly unprotected public spaces. On both Memorial Day and July 4th, the urge to be “less alone” generated wide swaths of misplaced conviviality and corresponding fatalities.

Ultimately, a diminished sense of aloneness is what the social networks are all about. There are even certain “macro” or “cosmological” issues discoverable in every conceivable mix of plausible explanations. The known universe is probably  billions of light years “across.”  Yet, here, in a rapidly dissembling America and virtually everywhere else on this imperiled planet, most human beings lack the will to become individuals.

Plainly lack this will.

“…it must be in every man’s power to become what he is, an individual….,” reminds Sören Kierkegaard in Point of View, That Individual. “From becoming an individual no one, no one at all, is excluded, except he who excludes himself by becoming a crowd.”

The ironies are several, and bitter. “Why bother?” the American crowd seems to reason. “Why even take the existential (or near-existential) risk of becoming a person?” Better just to “fit in” and do what is expected. And what is the most evident result of such cowardly thinking?

In a distillation, it is the patently deranged presidency of Donald J. Trump.

There is more. The cell phone and its related social networks have not actually “caused” users to suffer, exhibit or confront any “fear and trembling” (a mesmerizing conjunction earlier made famous by Kierkegaard).  These devices remain “just” tell-tale instruments of assessment, “diagnostic tools” that can – at least in principle -help one to identify and conquer any deeply primal angst. Without this prosaic but still-satisfying tool, such core apprehensions might otherwise lie undetected and infinitely dormant.

In all pertinent instances of philosophic reflection, a revealing leitmotif must finally make itself known and understood. Most regrettably, there exists a more-or-less universal human wish to remain inconscient, unaware, not only of myriad external or “systemic” threats, but also of oneself. Minute by minute,  this very conspicuous wish leads millions of anxious souls to stray dangerously far from the redemptive potential of authentic personhood,  toward the more easily cultivated but always-deceptive security of one or another “herd.”

Often, especially in generally affluent societies, we humans fear personal exclusion more than anything else, sometimes (as we can recall perilous personal behaviors on Memorial Day and July 4), more fearfully than personal death. This evanescent fear uncovers a critically important decisional calculus, one that may be responsible for manifestly assorted instances of war, terrorism and genocide.  Incontestably, the human need to belong can become so utterly overwhelming that many will literally killvarious others –at times, any others and many others – rather than face prolonged personal isolation or some presumed social ostracism.

“Shall we ever be asked for….?” asks the poet Auden, knowingly.

The inner fear of loneliness so keenly expressed by social networking  gives rise to still another problem, one with a distinctly special significance for high school and university students. To begin to understand this special significance, one must first understand that nothing important in science or industry or art or music or literature or medicine or philosophy can ever take place without at least some already endured measure of personal loneliness. So as to exist apart from the mass – that is, to be tolerably extracted from what Freud had called the “primal horde” or what Nietzsche termed the “herd,” or Kierkegaard the “crowd” – is indispensable to any exceptional intellectual development.

If it were different, Americans would be getting their medical and scientific counsel from the all-too-numerous political hucksters, and not from the acclaimed epidemiologists. Recently the Lt. Governor of Texas urged Americans not to listen to Dr. Anthony Fauci about the pandemic, but instead to a president still shrieking at his incoherent “rallies” that  the virus will soon simply “disappear.”

I belong. Therefore I am. Turning philosopher René Descartes’ famous reasoning on its head, this now pitifully twisted mantra best expresses the sad credo common to all social network “addictions.” Among other things, it reveals a not-so-stirring manifesto that recognizable social acceptance is not merely vital, but immanent to one’s own personal survival.

Today, quite easily, the noisy and uneasy mass has infested our solitude.  Upon most of us, the telltale traces of “herd life” (the Swiss psychologist Carl G. Jung would have called it a “mass” life) may have become indelible.  Accordingly, we have already prodded entire societies to nurture their own intellectual and ethical declensions.

There is more. Unambiguously, human life is always death’s prisoner.  Until we can face this ultimately overriding truth, we can never experience our carefully limited and  numbered moments with any sincere pleasure. Presently, despite our manifold efforts to stay connected with cellular telephone calls, tweets and texts, our bewildering personal doubts  have become cheerless and inexhaustible. In essence, this is because we continue to look “outside,” to others, to define (1) who we are; and (2) what we might still become.

In part, at least, the immense attraction of cell phones and related social networking derives from our manifestly breathless and machine-like existence. Now, “We the people” typically celebrate any available expressions of a convenient push-button metaphysics.  Now, absolutely every hint of personal passion must expectedly follow a narrowly uniform pathway.

Always, we are expected to become each other, fully compliant and duly homogenized.

Nonetheless, in glaring disregard for truth, we stubbornly insist that we can still remain in full control of our machines.

Credo quia absurdum! “I believe because it is absurd.”

Always, such insistence is shallow and unsupportable.

Wherever we might choose to turn, we witness an implicit reciprocity between creator and creation, an elaborate pantomime between users and used.  Predictably, our multiple and intersecting techno-constructions are making a machine out of both Man and Woman. In what amounts to a prospectively unforgivable inversion of Genesis, we humans now generally behave as if we had been created in imago machina, in the image of the machine.

Could there be any greater “blasphemy?”

There is more. Preoccupation with personal devices and social networking is merely the most visible symptom of a much deeper pathology. Accordingly, the basic “disease” that we now suffer is a variously painful incapacity to be at peace with ourselves. In the United States, where this particular sort of corrosive primal illness can choke off the future as well as the present, Ralph Waldo Emerson’s earlier call for “high thinking” has gone unheeded; it has already been supplanted by the insufferably banal syllogisms of a barren national politics and by an “everyone for himself” ethos of entrepreneurial or professional logic.

Any such ethos is inherently self-destructive and prospectively lethal. In the exact words of distinguished Jesuit philosopher Pierre Teilhard de Chardin in The Phenomenon of Man.  this corrosive ethos must inevitably prove “false and against nature.” Today, as the United States shamelessly expresses an orientation much too casually described as “America First,” this country has become the reductio ad absurdum of what the seventeenth century English philosopher Thomas Hobbes had earlier called “a war of all against all.”

In any such war – which Jefferson and the American Founding Fathers had recognized as a bellum omnium contra omnes – there can be no tangible victories. To wit, under the crumbling Republic of Donald J. Trump, America’s status and power in the world have descended to once-unimaginable levels.

We live at a moment of genuine “plague,” of pestilence, of rapidly spreading viral disease that threatens each and every one of us with extinction, as individuals. It follows that angst may now have a new and less subjective source of justification. It follows also that incrementally available therapies will stem not from any tangible locations on a beloved “device,” but from the more traditional drug-based remedies of contemporary medical science. This will hardly represent the long-term societal cure that is required, but it would at least allow us more time to cumulatively build back what we have so shamelessly neglected and dismantled. As Americans, the survival imperative is unambiguous. It is an overriding obligation to fight against existential angst not under the hypnotizing banners of any “crowd,” but as individuals accepting a common national obligation to think seriously.

This last point now needs to be made emphatic. In a nation where the current president made his 2016 Convention acceptance speech in conjunction  with Duck Dynasty, and who campaigned on the bewildering principle of “I love the poorly educated,” citizens have a fundamental obligation to combat the stubbornly complacent American ethos of anti-thought. Looking ahead, if we should continue to abide the instrumental notion of education as an adornment, or as narrowly vocational preparation, we will continue to be led by grotesque charlatans and fools. To halt such a lethal continuance is still in our residual power, but only if we can first finally reject the suffocating anti-intellectualism of a “crowd.”

Always, we must recall the singular wisdom of Sören Kierkegaard, “The crowd is untruth.” 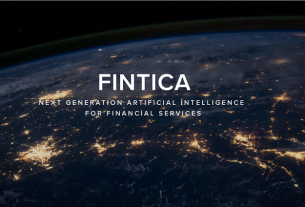 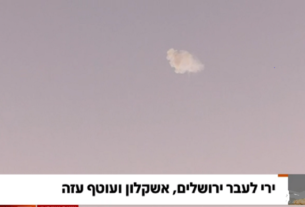 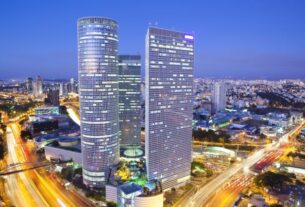