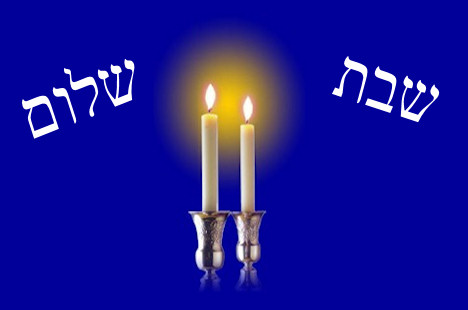 During the week between Rosh Hashana and Yom Kippur we perform the kapparos (atonement) ritual by making a substitute offering to Hashem. This is customarily done with a live chicken, but a live fish may also be used, and one can even give money for charity. The text of the accompanying prayer is found in the Yom Kippur Machzor.

This coming Shabbos is commonly referred to as Shabbos Shuvah, either due to its unique position during the days of repentance between Rosh Hashana and Yom Kippur, or because of the Haftara, “Shuvah Yisrael” (Hosea 14:2‑10; Joel 2:15‑27 – some add Micah 7:18‑20) which we read on that Shabbos. Some refer to it as Shabbos Teshuva.

It is traditional for the rabbi to deliver a special Shabbos Shuva derasha consisting of Halacha and Aggada matters.

Mincha: as usual (with textual changes as above).

Tuesday morning Shacharis (Erev Yom Kippur): We recite the Selichos for Erev Yom Kippur, which consist of the shortest Selichos text of the year. We do not say Mizmor L’soda, Avinu Malkeinu nor Tachanun. After chatzos (midday, 12:43 p.m. E.D.T. in N.Y.C.) we immerse in the mikveh to ritually purify ourselves.

It is customary to partake of [a] festive meal[s] on Erev Yom Kippur since it is a positive precept to feast on that day (Shulchan Aruch, Orach Chayyim 604:1; see also the Taz ad loc. – quoting Berachos 8b – that one should reduce his Torah learning on that day in order to fast well on Yom Kippur, and that “one who feasts and drinks on the 9th [of Tishrei] is considered as if he fasted on both the 9th and the 10th of Tishrei.”

Mincha is the usual weekday tefilla: Ashrei, half‑Kaddish and the Shemoneh Esreh; before “Elokai, netzor leshoni me’ra” we insert the Viddui (confessional) whose text is found in the Machzor.

We are careful to complete the Seuda Mafsekes, the final meal before the fast, (6:08 p.m. NYC, E.D.T.) while it is yet day in order to add from the mundane to the holy, le’hosif michol al hakodesh (i.e., from the 9th day to the 10th day).

It is customary to light yahrzeit candles for the departed souls [of relatives] since we say Yizkor on Yom Kippur.

Kol Nidrei (6:35 p.m. NYC, E.D.T.). We arrive at the synagogue early and don both kittel and tallis. (If one dons the tallis before sunset, he recites the blessing “le’his’atef batzitzis.”)

Maariv: We follow the text of the Machzor. At Kerias Shema we say “Baruch Shem Kevod Malchuso” aloud (on this day we are likened to the angels who praise Hashem with these words). The chazzan says half‑Kaddish and we recite the Shemoneh Esreh. Before “Elokai, netzor leshoni me’ra” we add the Viddui.

When we wake up in the morning we perform Netilas Yadayim by washing our fingers up to the knuckles only.

Wednesday morning Shacharis: We don the kittel and the tallis and say the scheduled tefillos and Korbanos, followed by Kaddish DeRabbanan. We recite Pesukei DeZimra and Nishmas slowly and with concentration. The chazzan who serves as the “Ba’al Shacharis” starts with “HaMelech” and continues through Yishtabach, Shir Hama’alos and half‑Kaddish. At Kerias Shema, Baruch Shem Kevod Malchuso is again said aloud, like last night. The Shacharis Shemoneh Esreh follows, with the Viddui before “Elokai, netzor leshoni me’ra.”

In the chazzan’s repetition we respond to the Kedusha and say the Piyyutim, Selichos and Viddui. We conclude with Avinu Malkenu and Kaddish Tiskabbel.

We remove two Sifrei Torah from the Ark. After “Va’yehi binso’a ha’aron” we say the 13 Middos, Ribbono shel Olam, Shema, Echad Elokenu (we conclude the phrase with “Kadosh Ve’nora Shemo”) and Gadlu.

We read in Parashas Acharei Mos (Vayikra 16:1‑34) and call up 6 aliyos. We place the second scroll next to the first one and the Reader (ba’al keria) says half‑Kaddish. The next aliya is Maftir, which is read from Parashas Pinchas (Bamidbar 29:7‑11). The Haftara is from Isaiah (57:14-58:14), “Ve’amar solu solu.” The reader of the Haftara concludes with the usual four berachos, and in the last beracha, Al HaTorah, all the references to Yom Kippur are included. This beracha also has a longer conclusion (like the conclusion of the Kedushas Hayom blessing in the Yom Kippur Shemoneh Esreh).

It is customary in most congregations to schedule an appeal prior to the recital of Yizkor for the departed souls, as the text clearly states, “in the merit that I will give charity.” During the Yizkor service the covered Torah scrolls remain on the Bima. At the conclusion of Yizkor it is customary for the gabbai to recite a prayer on behalf of the rav of the congregation.

We then say Av Harachamim, Ashrei, Yehallelu, etc., and return the Torah scrolls to the Ark.

Mussaf: The congregation sits silently while the chazzan recites the special prayer “Hineni He’ani” with emotion and trepidation, pleading on behalf of the congregants, “Your people Israel, who have sent me.” The second part of this prayer, “Kel Melech Ne’eman,” is a personal prayer in which the chazzan asks, among other things, that his voice “be sweet … pleasant and strong …”

The chazzan then recites half‑Kaddish and all say the Shemoneh Esreh as found in the Machzor, with the addition of the Viddui.

In the chazzan’s repetition we add many Piyyutim and special prayers, both before the Kedusha and after. In the course of some of these prayers the Aron Hakodesh is opened numerous times. The Shemoneh Esreh repetition includes the Avoda (a description of the Yom Kippur Temple service of the Kohen Gadol). Nusach Ashkenaz generally say “Amitz Ko’ach” whereas Sefarad say Ata Konanta, but some Ashkenaz congregations use the “Ata Konanta” text. The Avoda is followed by the confessional. At Retzeh, the Kohanim prepare to Duchan (their hands having been washed – to the knuckles only – by the Levi’im, or, in their absence, by the firstborn).

The chazzan continues with Kaddish Tiskabbel, which serves as the conclusion of Mussaf. (We do not say Ein Ke’Elokenu or Aleinu at this point – Aleinu having been said before, in the Amida.)

Mincha: We immediately proceed with “Va’yehi binso’a ha’aron” and remove a Sefer Torah from the Ark. We call three aliyos (Kohen, Levi, Yisrael). It is traditional for the three aliyos to be sold, especially the last one, which serves as Maftir. We read in Parashas Acharei Mos (Vayikra 18:1‑30). The Maftir then reads the entire Book of Jonah (1:1‑4:11) for the Haftara. He concludes with Birkas HaTorah (we do not say “Al HaTorah” at Mincha).

We return the Sefer Torah to the Ark, the chazzan recites half‑Kaddish and all say the Shemoneh Esreh as found in the Machzor, adding the Viddui before “Elokai, netzor leshoni me’ra.”

In the chazzan’s repetition, Selichos and the confessional are added after Ya’aleh VeYavo. The chazzan then continues with Kedushas Hayom, etc., and at the conclusion he recites Avinu Malkenu (with the congregation), followed by Kaddish Tiskabbel.

Ne’ilah: We now begin the fifth and final prayer, the intense prayer that is the climax of Yom Kippur – Ne’ilah (lit. “closure”). We say Ashrei and U’va LeTziyyon, and the chazzan recites half‑Kaddish. Then all say the Ne’ilah Shemoneh Esreh as found in our Machzor, praying that every request for a good judgment be granted, and substitute every mention of “kesiva” (inscription) with “chasima” (sealing), concluding with an abbreviated confessional.

During the chazzan’s repetition we recite the 13 Middos numerous times, repeat the abbreviated confessional, and upon concluding we all say Avinu Malkenu.

If the sky is clear, we recite Kiddush Levana.

Since Tachanun would not be said on most of the days of this month, we do not resume saying Tachanun until the 2nd day of Cheshvan.

The following chapters of Tehillim are being recited by many congregations and Yeshivos for our brothers and sisters in Eretz Yisrael: Chapter 83, 130, 142. –Y.K. 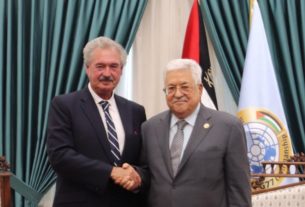 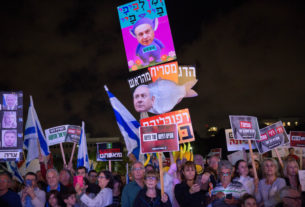 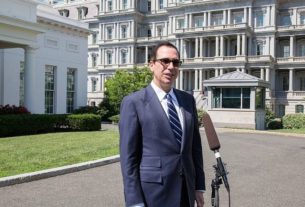