“The man who laughs has not yet heard the terrible news.” -Bertolt Brecht

Any explicit comparisons of the Trump presidency with the Third Reich will elicit multiple cries of horror and execration across the United States, even when it had first been admitted that this American administration is similarly misleading and existentially dangerous. Nonetheless, to be defensible analytically or intellectually, historical comparisons don’t have to offer any measurable one-to-one resemblance. It is enough, in such explanation-focused circumstances, to point out and evaluate presumptively similar qualities.

Plainly, the Trump Presidency and the Third Reich do contain such verifiable commonalities.

Still, it is essential to underscore any obvious or subtle differences. Donald J. Trump does not actively seek the genocidal destruction of any national, racial, ethnic or religious group. Nor does he seem especially interested in spawning another world war, though it is also obvious that he has no discernible understanding of world politics or US foreign policy. And while the Trump ethos is unambiguously anti-intellectual and anti-historical, a lamentable and incontestable quality, the American president does stop short of replicating the full portent of Joseph Goebbels’ hideous pronouncements. Shrieked the Nazi Minister of Propaganda to a party rally in 1934, “Intellect rots the brain.” Said Donald Trump to several “know-nothing” rallies during the 2016 election campaign, “I love the poorly educated.”

Are the differences here substantially reassuring? Marginally, at least, the Trump take on intellect and science was less terrifying. But there remain certain duly worrisome and meaningful similarities concerning acceptable circumstances of mass dying. To be more precise, though lacking in any murderous or expressly genocidal intent, Trump’s willful indifference to coronavirus deaths in the United States will have tangible homicidal outcomes. Most recently, this indifference was laid bare with the president’s undisguised threat to the Republican National Committee to move the party’s convention away from North Carolina.

The problem? Trump demanded, inter alia, that pertinent state authorities permit “full attendance” in the Spectrum Center. Set for late August, the arena in Charlotte has a capacity of more than 17,500 people. Not much social distancing expected here.

It doesn’t take an epidemiologist to recognize that any such concession by North Carolina Governor Roy Cooper (D) would ipso facto accept the subsequent COVID-19 deaths of many attendees, and of those with whom they would later come into contact. In essence, therefore, Trump was openly calculating that the presumed benefits of a larger presidential cheering section at the convention readily outweighed the corollary costs of pandemic-related disease and death. What sort of inhumane calculation is this?

This presidency is no longer just a source of amusement, not even for playwright Bertolt Brecht’s “man who laughs.” The grotesque Trump postures must finally be faced more openly and holistically. Under no circumstances can it be purposeful for the United States to continue blithely with business as usual, with the lethal delusion that this twisted leader’s analytic and legal shortcomings are in any way remediable.

No longer can it be defensible to suggest that Donald Trump could somehow be rendered “manageable” if only he would stop tweeting or learn manners or substitute science-based threat assessments for narrowly gratuitous personal rancor. Such pernicious traits are not subject to mitigation or removal. They are inextricably bound up with this president’s long-documented personal debilities and liabilities. The determinable traits of this disabling pathology literally define who he is and what he is. Nothing, absolutely nothing, can transform him from being a grievously base coward with malignantly narcissistic drives into a refined and compassionate gentleman, one who values civil society and seeks to elevate truth and law over propaganda.

For Donald Trump, who has well “earned” the appellation Der Fűhrer, the loss of many lives across the world is a small and willing price to pay for maintaining shrieking crowds of his dedicated followers. It all has a nefariously familiar resonance, of course, even though the lives now being lost are more typically a function of leadership inadvertence or indifference than of an American president’s deliberate intent. In jurisprudential terms, there is no mens rea here, but the many victims are still dead.

“The mass-man,” we were warned earlier by Spanish philosopher Jose Ortega y’ Gasset in The Revolt of the Masses (1930) “has no attention to spare for reasoning; he learns only in his own flesh.” This is exactly how Trump “learns.” When asked on April 10, 2020 how he would create appropriate metrics for determining when the country could safely be “opened up again,” he pointed to his head, and said: “This is my only metric.” Shamelessly unhidden, this president’s analytically worthless calculations are produced by raw instinct and seat-of-the-pants “reasoning.” Always, these crudely primal calculations will have irremediably far-reaching and fatal consequences.

There is more. At technically formal levels of assessment, this president is not really a textbook example of Ortega y’ Gassett’s “mass man.” How could he be? He is, after all, the president of the United States. By definition, the American president is always exceptional, not mass.

More significant than such formalized metrics of nomenclature, however, Donald Trump remains the dissembling puppeteer of a fearful “plague,” not just biological pestilence, as we are painfully experiencing at the present moment, but a plague that is similarly catastrophic. This also insidious onslaught is an orchestrated Goebbels-style campaign of anti-reason and falsehood, a cowardly effort supported and sustained by various legions of utterly reliable administration sycophants. To wit, for examples of servile or lap dog capitulations, one need look no further than the Vice President, Secretary of State, Secretary of Human Services, Secretary of the Treasury, Secretary of Housing and Urban Development, Chief Economic Advisor, etc., etc., etc.

Most ominously in all of this, no matter how compelling and expansive the evidence of Trump’s myriad derelictions should become, millions of dedicated or “base” adherents remain steadfastly loyal to Der Fűhrer. In essence, faith, not facts, are what matter most to these willfully self-destructive Trump adherents. For them, the familiar Third Reich phrase “I believe” is all that counts. For them, “I think” remains wholly unknown or distinctly subordinate.

Back in the eighteenth century, Thomas Jefferson, chief architect of the Declaration of Independence and a future American president, exclaimed with unhesitating erudition: “I have sworn upon the altar of god eternal hostility against every form of tyranny over the mind of man.” US President Donald Trump, “learning only in his own flesh,” has effectively sworn an oath of “eternal support” for such an insufferable tyranny. Earlier, he had returned from his Singapore summit with Kim Jung Un, declaring that the calculable risks of a bilateral nuclear war had now been removed because he and Kim “fell in love.” Today, he offers his own personal assessments of assorted drug efficacies against the coronavirus. Simultaneously, he responds to authoritative science-based prescriptions – the ones to which we actually ought to be listening – with either capricious denials or a recognizably open indifference.

For the United States, Trump’s loudly incoherent stream-of-consciousness excursions into gibberish are much more than a national embarrassment. At this time of palpable biological “plague,” such presidential declensions are immediately life-threatening. In law, moreover, they come very close to being genocide-like crimes.

How pitifully inadequate are America’s political processes and institutions in dealing with this dissembling president’s chaotic instincts. Still, a large portion of an entire country now displays near-infinite forbearance for Trump’s starkly inane and prospectively tragic commentaries. The resultant withering of a steeply-declining nation’s heart and mind point unerringly to once-unimaginable existential threats. While various mega-death scenarios of relentless pandemic are currently the most plainly far reaching and credible, the more “normal” dangers of war and terrorism have not simultaneously disappeared.

In expected worst case narratives, war, terror and pandemic could occur more-or-less at the same time, and with results that are not simply intersectional, but also multi-layered or even synergistic. In a relevant scenario of overwhelmingly destructive synergy, the whole of any potential catastrophe would be greater than the calculable sum of its constituent parts. This fact is true by definition.

At best, there is nothing expressly murderous or genocidal in Donald Trump’s policies, whether foreign or domestic, but always, there is still a far-reaching indifference to basic human welfare and human well-being. Spawned by the very conspicuous absence of any ordinary compassion, this president has given new and portentous meaning to the idea that human pain is incommunicable from any one being to another. “All men have my blood and I have all men’s,” wrote American Transcendentalist Ralph Waldo Emerson in “Self-Reliance,” but this cosmopolitan sentiment is alien and thoroughly incomprehensible to Der Fűhrer. As with other challenging matters of intellectual judgment, this president’s near-total lack of empathic feelings reveals a frightful but also historically familiar level of personal emptiness.

They reveal an American leader of breathtaking vapidity, one with certain ominous 20th century antecedents in Europe.

Where should we go from this sobering point of departure? Whatever else we might conclude, it is incontestable that Donald Trump displays numerous and incontrovertible clinical derangements. Nonetheless, rather than continue to approach them as if they were somehow singularly meaningful and correspondingly remediable, Americans must instead understand that (1) there exists no feasible “fix” for any such complex concatenations of venal behavior, and (2) the danger posed by this president is substantively overwhelming and also “imminent in point of time.”

Though Trump believes firmly that all he does is being undertaken with an absolute purity of heart, similarly felt convictions were easily detectable among the 1930s managers of Third Reich propagandist Joseph Goebbels.

In America today, largely because of Der Fűhrer, there is entirely too much “noise.” Among those many citizens who strenuously loathe refined intellect and serious thought, this rancorous noise is made on behalf of a destructive political impresario. These easily bewitched proselytes who never ever read, and who make their compensating noise with enthusiasm, now see themselves as privileged members of a keenly-valued “crowd.” Reciprocally and consistently, their disjointed leader makes a complementary set of dissembling noises precisely because he has been selected to direct this viscerally obedient crowd.

He is, after all, the American Fűhrer.

The poet Yeats’ spoke obliquely of a “rough beast,” and Der Fűhrer is a fully correct term of description for an American president who spawns or tolerates egregious crimes against the United States and against other nations. Even without mens rea, or what the jurists would call “criminal intent,” Trump’s vaguely casual unconcern for science-based judgments on disease, law and war could ultimately result in the death of millions. What will we say then, in retrospect, and in explanation of this hideous and once still-correctible epoch in American history?

Why did anyone just stand by and support Der Fűhrer?

It’s still a serious question, one that had often been asked about an earlier pied piper or “magician” in the previous century.

Louis René Beres was educated at Princeton (Ph.D., 1971), and is an Emeritus Professor of International Law at Purdue. His twelfth book, Surviving Amid Chaos: Israel’s Nuclear Strategy, was published in 2016. His other writings have been published in Harvard National Security Journal; Yale Global Online; World Politics (Princeton); Bulletin of the Atomic Scientists; Israel Defense; Parameters: Journal of the US Army War College; Special Warfare; Oxford University Press; The Jerusalem Post; Infinity Journal; BESA Perspectives; US News & World Report; The Hill; and The Atlantic. 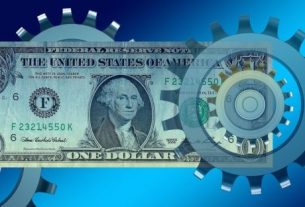 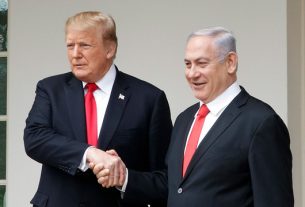 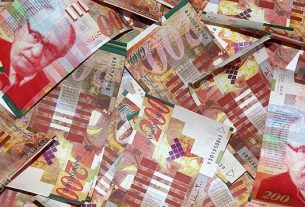