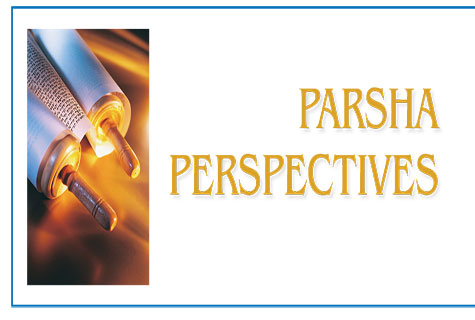 “Yissochor is a strong-boned donkey, resting among the boundaries. He saw tranquility that it was good and the land that it was pleasant, and he bent his shoulder to bear the burden, and he was an indentured laborer” (Bereishis 49:14)

The Chofetz Chaim explains that a Torah scholar exerts himself in the study of Torah often depriving himself of sleep and earthly pleasures in his pursuit for greater Torah knowledge. He allows himself to “rest” when he makes a siyum, to infuse himself with the energy to continue his studies.

If his passion and love is in Torah study, why does Yissochor need to think about how wonderful tranquility is and the reward at the end? If he has merited tasting the blissful sweetness of Torah study, what greater motivation could there be?

The Chofetz Chaim related a parable about a wealthy and prestigious diamond dealer who traveled to a distant city to purchase diamonds. He had set aside a certain amount of money that he would use for purchasing, and when he had used up that money, he prepared for the trip home. Shortly before his departure, a merchant approached with an exceptionally beautiful and rare diamond to sell. The wealthy man thanked him but replied that he already completed his purchasing. The merchant was persistent, the diamond was stunning and the deal was an incredible bargain. Yet, the wealthy man did not have the funds.

The merchant replied that he desperately needed money and was willing to sell the diamond for a quarter of its value. This was an offer the wealthy man could not pass up. He took the money he had set aside for his trip home and handed it to the merchant for the diamond.

A friend who noticed him was sad to see that his once wealthy friend had lost everything so quickly. Yet, he also noticed that his friend appeared to be unusually happy. The wealthy man, noticing his gaze, said, “Don’t be sad for me. It’s worth suffering the indignity and discomfort of this relatively short trip home, for the unimaginable wealth that will result from my doing so.”

The Chofetz Chaim explained that at times it is challenging to engage in Torah study. Despite the fact that the scholar’s soul can hardly satiate his burning desire for greater Torah scholarship, his body may cry out for pampering and physical enjoyment. It is to quell those physical whims and desires that the scholar reminds himself of the sweetness and blissfulness of the tranquility that awaits one who is loyal to Torah. It is worth it for him to physically deprive himself somewhat in order to merit the incredible greatness that awaits him in the World of Truth in the hereafter. That added incentive and the perspective of the temporality of this world helps him maintain his focus, even when it is physically draining and challenging.

That was the blessing of Yissochor.

Next door to the classroom in which I say a 9th grade shiur in Heichal HaTorah, is the shiur of Rabbi Shimon Kronenberg. On the door of his classroom he posted a sign that reads, “Love what you do and work every day of your life.” When I saw the sign I thought it was an accidental distortion of the famous quote – “Love what you do and never work a day in your life.” However, when I mentioned it to Rabbi Kronenberg he replied that it was no mistake.

He explained that the real quote implies that working is a negative thing and therefore we should enjoy what we do so we don’t have to work. The Torah, however, espouses that ‘work’ – being productive and industrious – is a tremendous value, and something one should constantly aspire for. One should love what he does and then use that passion to work hard in that area to produce the greatest results.

I concede to the wisdom of that statement.

When Yosef brought his sons, Menashe and Ephraim, to his father Yaakov so that he could bless them, Yaakov declared, “And now your two sons who were born to you in the land of Egypt before I came to you in Egypt, they are mine; Ephraim and Menashe – like Reuven and Shimon they will be to me” (Bereishis 48:5) Yaakov then stated that all future children born to Yosef would belong to Yosef.

Rabbi Moshe Feinstein, zt”l, explained that true chinuch is when one instills values, not just into his own children, but into their future generations as well. When one lives his values and teaches by example, his children integrate them into their very essence, and they become apparent in subsequent generations as well.

Yaakov gazed at Menashe and Ephraim and was enamored by their integrity and incredible spiritual growth despite being brought up in a morally depraved country. He realized that such conviction was the result of the chinuch he himself had instilled in Yosef, which was then transmitted to Yosef’s children. Therefore, Yaakov Avinu was able to proudly declare to Yosef that Menashe and Ephraim were his. The success of their spiritual attainments was his doing.

The greatest feelings of accomplishment result from when one invests the most effort in its attainment. When one maintains a vision of the fruits of the future, he is able to bear the pangs and challenges along the way.

Yissochor maintains a perpetual vision of the bliss of the afterworld and therefore the burdens of Torah hardly feel like burdens to him. When Yaakov taught Yosef the Torah he had learned, he did so with a vision for the future. He sensed the greatness Yosef would attain, but also that Yosef would have to suffer challenges along the way. When he saw Menashe and Ephraim, he felt the success of his earlier efforts, 22 years prior. 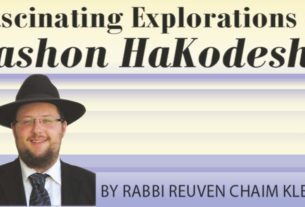 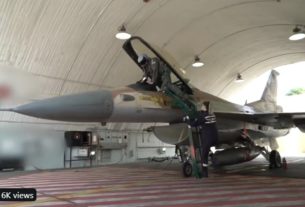 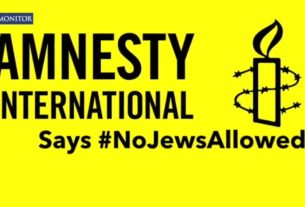