This shirt will disappear after you’re done wearing it

For the first time ever, a clothing company makes T-shirts entirely from wood pulp and algae, which breaks down in soil within three months.

For the first time ever, a clothing company has found a viable way to make solid wood and seaweed T-shirts that can be completely degraded at the end of their closet – get acquainted with the London startup Vollebak, who designed the Plant and Algae shirt, which can simply be buried in the garden – and it will fall apart by itself.

The fabric of the shirt is made of fiber from eucalyptus trees, beech and fir from sustainable sources, which have been chopped, broken into fibers, and cut into strings. The ink on the shirts is made entirely of algae raised by the bioreactor designers. “We transfer the water from the bioreactor through a filter, a process that separates the algae and turns them into a kind of algae paste,” the company website states, “then dry the ointment in the sun to form a fine powder, which is mixed with water-based contacting material to create algae ink.”

Because algae cannot survive out of the water, they later become a natural pigment that fades to different colors over time. Therefore, the designers explain, each T-shirt is unique as the pigment fades faster than chemical dyes, and the color changes different after several washes.

“When you wear these shirts, they feel like regular T-shirts. They don’t start to fade away when you run or hang them to dry,  explains the site. “They need fungi, bacteria, and heat from the earth to begin to decompose, and begin to degrade only when buried in the soil or put them In composting.” When you fade up with your shirt, it will take 8-12 weeks to break up and disappear.

A year ago, Time Magazine chose another Vollebak product – a waterproof, solar-luminous and glow-in-the-dark coat – as one of the best inventions of 2018. Now, the newly developed shirts may provide an innovative solution to textile waste, one of the world’s most serious environmental problems today.

According to the U.S. Environmental Protection Agency, about 10.5 million tons of textiles were shipped to landfills in 2015, 7.6% of all waste landfilled. Other existing reports indicate that dying alone requires between 25-40 liter of water to produce two pounds of fabric. The textile industry consuming nearly 25 billion liters of water each year – the amount of water of about 10,000 Olympic pools.

Although Vollebak’s shirts are currently selling at $110 one, the company’s idea may be the first step toward a new era of eco-friendly clothing.

“We make the wood alone in an environmentally responsible manufacturing process in a closed-loop,” the site states. “In practice, this means that more than 99% of the water and solvents used to make the fibers are reused or recycled.”

Higg’s MSI rating, which measures the impact of fabric kilograms according to various measures of environmental damage such as water waste, global warming and more, Vollebak’s fabric score is 10, compared to cotton’s – 60. “Our final goal is to reach 0,” the website says. 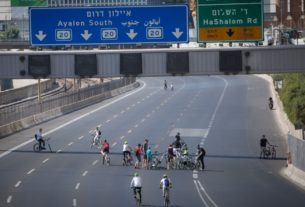 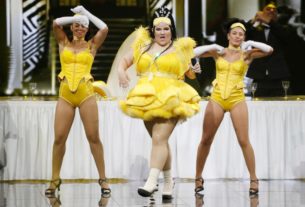