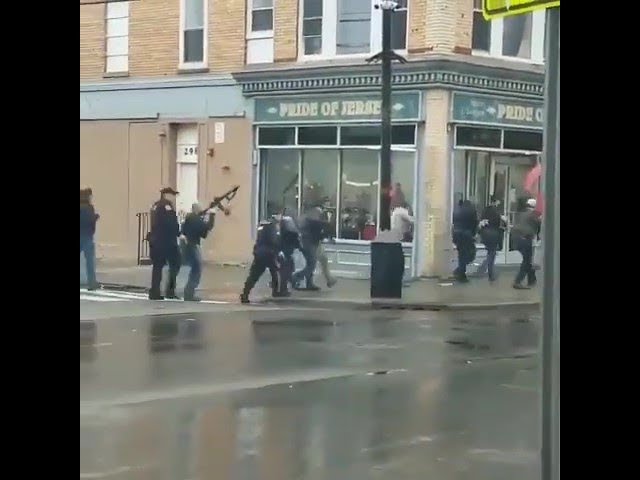 In Israel, we are familiar with the story. A couple of armed terrorists walk into a building and start shooting Jews. A pigua (terrorist attack). Americans are also beginning to become familiar with it as well, after piguim  at synagogues in Pittsburgh and California, and now a Jewish market in Jersey city. Europe, too, has long since accustomed herself to such things.

Hardened as they may be to anti-Jewish violence, Israelis were shocked by Jersey City. Not so much by the attack, which was small by our standards with “only” three civilians and one police officer murdered, but by the response of the local community, captured in a video (here) which appears to show (I have reservations, discussed below) local residents blaming the Jews themselves for the attack, and expressing vicious hatred of them.

There are various factors contributing to the wave of violent Jew-hatred that has suddenly burst upon the world. It’s not simple. There are several foci of infection that have festered independently as well as cross-fertilizing themselves, gaining new ideas, strategies, connections – and adherents. There is the leftist/Arab Israel-focused thread which flourishes at the UN and in Europe, which grew from a seed planted by the KGB in the 1960s; there is the neo-Nazi thread which truly goes back to the original Nazis; there is the paleo-Catholic Christ-killer theme that Pope Paul VI’s nostre aetate never succeeded to stamp out; there is the Quran-based Islamic version; there is the Christian Identity movement in the US; there is the Nation of Islam’s ideology, beginning with Elijah Muhammad and espoused today by Louis Farrakhan; and there are countless small groups with various forms of antisemitic thinking, including the Black Hebrew Israelites with which the Jersey City killers were associated.

And those are just off the top of my head. Seventy years or so after the Holocaust, the pressure from all of these antisemitic memes – especially those connected with the Israel-Arab conflict – broke through the taboo against public expression of antisemitism. It became possible to say openly that Jews were every bit as bad as Hitler thought they were, and that the best thing would be for them to disappear. At the same time, the example provided by the Palestinians, who showed that if you really hate Jews, you can murder them, made killing Jews a thinkable option for today’s antisemites. Mix in a little social media to serve as a catalyst and medium for coordination, and here we are today.

So what can be done, say, in Jersey City?

First, I’m not sure that the video is an accurate depiction of the mood of most of the non-Jewish community. There are some accounts (also here) that say that the Hasidic community got along well with the local, mostly black, residents, despite tensions about gentrification of the neighborhood. I don’t entirely trust the video: it appears to be edited heavily, and none of the speakers responsible for the anti-Jewish remarks were visible. But still, I heard what I heard.

Let’s assume that at least some local residents share the feelings expressed in the video. Should we try to educate them, to explain to them that their attitudes are wrong – that the Satmar Hasidim who live in their neighborhood are people just like them, and don’t deserve to be shot? That would be hard to do. They are not just like them, they dress differently, eat differently, speak a different language, educate their children differently, and of course practice a different and perhaps sinister religion. They stay aloof from the locals, which is often interpreted as “they think they are better than we are” (I am not speculating on whether this is a correct interpretation).

The secret to educating antisemites so that they will stop being antisemites remains undiscovered. What exactly do you say to someone to make them stop hating Jews? Teaching them about the Holocaust just gives them ideas.

It is also not possible to make the Hasidic Jews more appealing to non-Jews. Should we tell them to dress differently? To eat the same food? To send their children to public schools? To convert to Christianity or Islam? All this was tried before, with very unhappy results. Trying to change Jews in order to reduce antisemitism is a losing proposition; antisemites will always find a reason to hate them. This was true for Spanish Conversos in the 15th and 16th centuries, for Germans of the Mosaic Persuasion in the 19th, and probably will someday be true for the progressive Reform Jews of North America. The problem resides with the antisemites, not the Jews, and it can’t be fixed by “fixing” the Jews.

But even if we can’t eliminate antisemitism, there are things we can do to mitigate the current wave of antisemitic acts. One is to understand and act on the principle that although we can’t guarantee that people will like Jews, we can force them to respect us, both as individual Jews in the diaspora and collectively in the State of Israel. In the diaspora, Jews should secure their institutions and arm themselves to the extent that the law permits. Self-defense training should be part of all Jewish education. Nobody is respected for being a victim.

The primary function of a state is to guarantee the security of its citizens. Insofar as we must depend on government, particularly when restrictive laws make self-defense difficult, then we have to demand that it does its job. When there is a crime wave targeting a specific sector of the population, police resources in that sector have to be increased. Jews ought to have enough political power in a place like New York City to insist that street violence against their fellow Jews, even if the perpetrators are black and Hispanic De Blasio voters, be suppressed. Unfortunately, this is not the case in Hudson County, New Jersey, where Jersey City is located.

Finally, if it turns out that diaspora Jewish communities cannot be defended or that their host governments do not care to do their part in doing so, there is the option of aliyah. This puts the Satmar Hasidim, who bitterly oppose the Jewish state, between a rock and a hard place. But that is their problem, not mine. 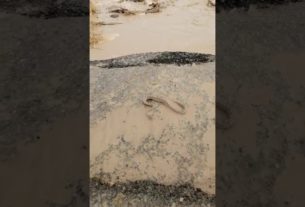 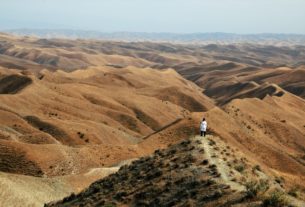 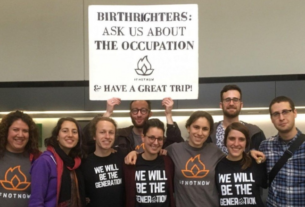