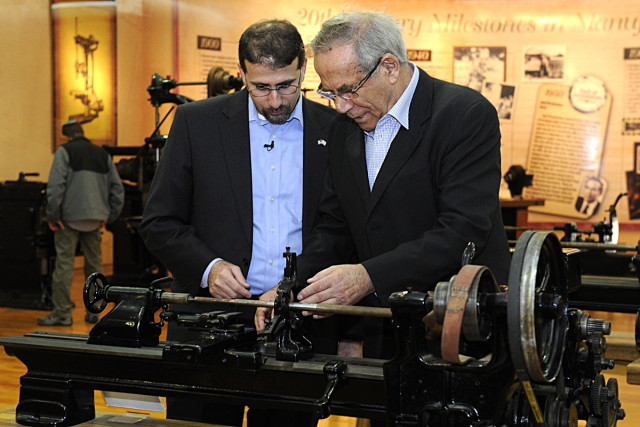 Stef Wertheimer on the right / Iscar

Forbes has come out with its list of the world’s billionaires of 2021. Of course, a number of Israelis made the list. Twenty one, in fact, including a number of entrepreneurs. Israel is also known as Startup Nation. Its new companies have been making history with multi-billion dollar IPOs on Wall Street. The country now has the most unicorns in the world, startups with a valuation of more than $1 billion.

But not all of Israel’s billionaires made their money in high tech. Here are the five wealthiest Israelis.

Forbes lists him at number 432. Stef Wertheimer is worth $6.2 billion. He is Israel’s first truly self-made man.

The 94 year old was born in Germany. He escaped with his family to Israel in 1937. In 1952 he established his own business making tools in the backyard of his home in Nahariya. He built his company into what would become one of Israel’s early business success stories, ISCAR Metalworking. Years later his company would become part of Israel’s independent arms industry. Wertheimer founded SCAR Blades which later became Blades Technology which is one of the largest manufacturers of blades and vanes for jet engines and industrial gas turbines.

In 2006 he sold an 80% share in ISCAR Metalworking Company to Warren Buffet’s Berkshire Hathaway for $4 billion. He sold the remainder of the company to Berkshire for $2.05 billion in 2013.

Stef Wertheimer has also established what he calls capitalist kibbutzim in an effort to promote entrepreneurialism in Israel. These came in the form of seven industrial parks located in Tefen, Tel Hai, Dalton, Lavon, Nazareth, and Omer in the Negev. Each is based on five principles: exports, education, coexistence, community and culture, with the goal of fostering economic growth and job creation to help create stability in the region. Wertheimer explained his goals saying, “The idea of industrial parks in the Middle East and on the borders between Israel and its neighbors is that the parks will bring industry and provide jobs, which will keep people busy working, instead of engaging in terrorism.”

Wertheimer sees his industrial parks as an avenue for promoting peace between Israelis and Arabs. He commented that, “Coexistence in the industrial park in Arab Nazareth is a good example of coexistence. When people work together, they have no time for nonsense. They’re too tired at night to commit terrorist acts. They’re satisfied, they engage in producing. They work together, not against each other.”

He has also promoted an idea for a “Marshall Plan for the Middle East.” This vision includes building an additional 100 industrial parks that will employ Israelis and Palestinians. “My Marshall Plan is based on aid from Western countries for strengthening the Middle East, in order to achieve peace and tranquility,” explained Wertheimer. The parks will serve as a five-year incubator for manufacturing and export companies. If aid is obtained, the parks can usher in an era in which production, exports, education, and an advanced quality of life can replace terrorism and poverty,” elaborated Wertheimer on his vision.”

He came in at number 539 with $5.4 billion. Teddy Sagi made his fortune in gaming, having founded the gambling software developer Playtech in 1999. Playtech is the world’s largest online gaming software supplier traded on the London Stock Exchange Main Market, offering cutting-edge, value added solutions to the industry’s leading operators. 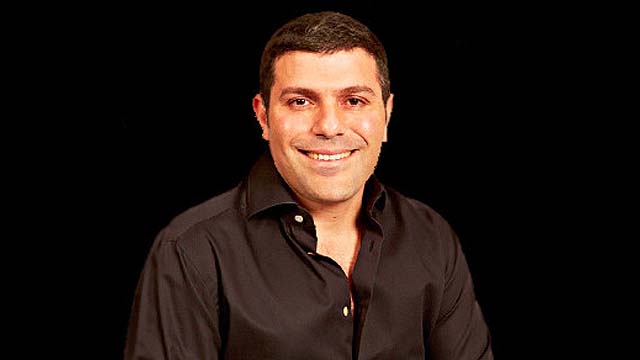 She is Israel’s wealthiest woman. Shari Arison came in at number 655 on Forbes” list with a net worth of $4.7 billion. She inherited her fortune from her father Ted Arison who founded Carnival Cruise Lines in 1972. She currently owns 16% of Bank Hapoalim, Israel’s largest bank. Arison has also invested in real estate and alternative energy projects.

This is the only Oscar nominee on the list. Milchan came in at number 891 with a net worth of $3.4 billion. He owns film and TV production company New Regency Enterprises. As a movie producer Milchan has twice been nominated for an Academy Award, once for LA Confidential (1997) and once for The Revenant (2015).

Milchan also claims to have been an Israeli agent, a spy, who helped the country with its atomic weapons program in the 1960s.

Gil Shwed was a co-founder in 1993 of one of Startup Nation’s earliest success stories, Checkpoint Software. Today he owns about 20% of the company and continues to serve as its CEO. He is number 1008 on Forbes’ list with a net worth of $3 billion.

Shwed was somewhat of a prodigy, studying advanced computer software at the age of 13. He also served in the Israeli military’s vaunted 8200 intelligence unit. 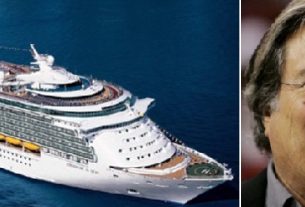 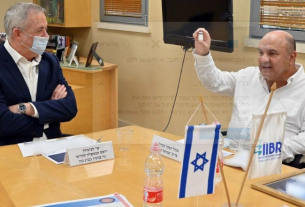 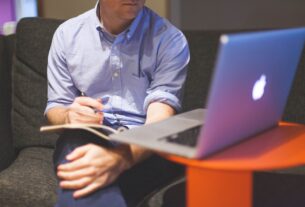